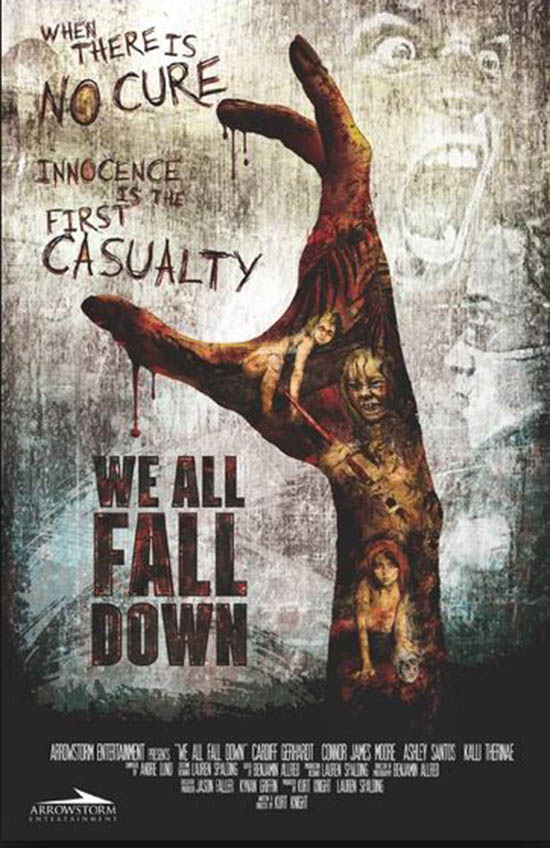 Todd, a haunted young man, runs from the past as he struggles to protect the innocence of Benny, his mute younger brother, in a post apocalyptic world where all the adults have turned into Zombies.

The overwhelming takeaway of We All Fall Down is that pretty much every character has absolutely perfect teeth. Forget that they are living in a post-apocalyptic word, and forget that the survivors must scrounge the countryside for food and water. Forget that supplies are scarce, that danger lurks behind every tree, and that the bodies of the fallen litter the streets. Forget even that some of the characters are essentially mindless savages, raised from childhood as mute warriors brainwashed to do nothing but serve their mistress. Even those guys have perfect teeth!

In fact, one might say that had as much effort gone into the storytelling and performances of We All Fall Down as went into the apparently painstaking dental care of its characters, it might have been a more interesting movie. 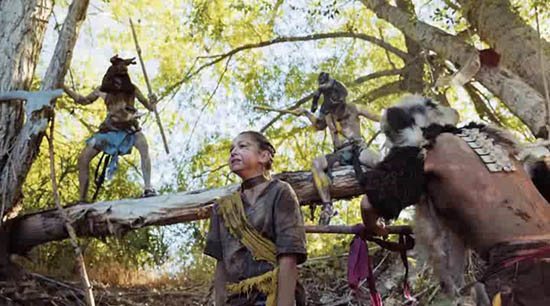 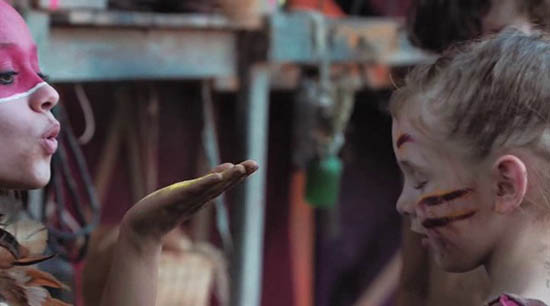 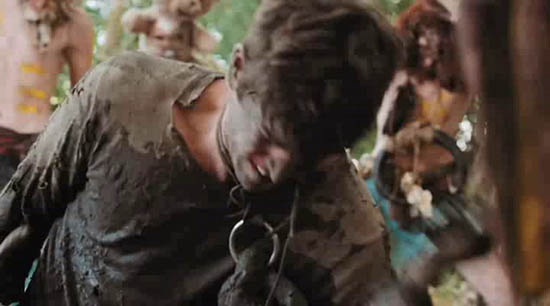 Alas, though, that is not the case.

In We All Fall Down, Todd (Cardiff Gerhardt) and Benny (Connor James Moore) are brothers trying to survive in a post-apocalyptic world in which all of the adults have turned into zombies. As they wander the remains of civilization together hunting for food and shelter, 18-year-old Todd serves as a fierce protector of the younger, more vulnerable and mute Benny. But Todd must do more than protect Benny. Todd must train and prepare Benny for the day when he must fend for himself. You see, once Todd hits a certain age—and that age is coming fast—the “change” will overtake him, and he too will become a zombie. And once that happens, Benny must be ready to dispatch his older brother and then continue on alone until his own time comes.

Summarized like that, We All Fall Down actually sounds like a pretty compelling little movie, but something definitely got lost in the execution that even the excellent concept could not overcome.

Let’s start with the growling.

If there is a defining element of We All Fall Down that does not involve the pearly whites (well, actually, it sort of does, now that you mention it) it’s the growling. At first, it appears that it must be a choice being made by star Cardiff Gerhardt as Todd, who infuses most every scene with jaw-snapping, teeth-baring, eyes-wide-open-staring snarls and growls. In fact, it feels as though a full third of his performance starts or ends with a guttural moan. But as more characters enter in and out of the story—most notably Kalli Therinae as a warrior priestess who commands a colony of savage survivors—they too embrace the growl as a primary performance tool, and it becomes clear that it is not necessarily a bad choice made by one actor but rather the creative path that writer/director Kurt Knight chose to nudge them all down. Knight may want to reconsider that choice for the sequel. 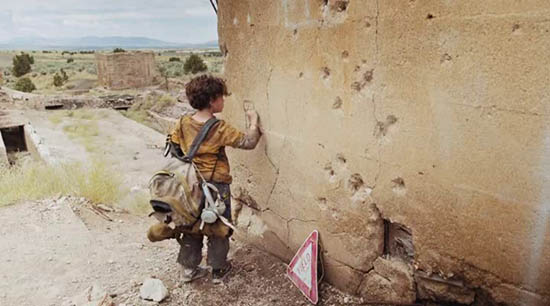 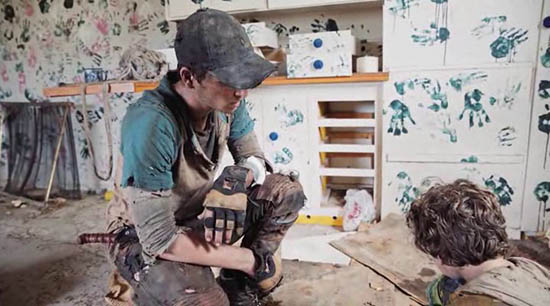 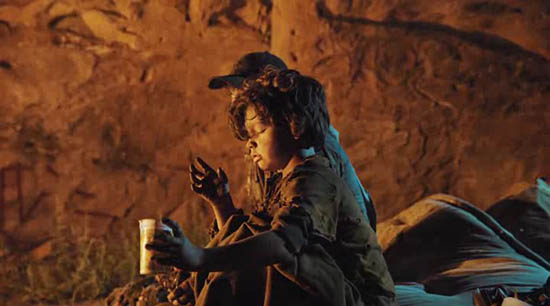 We All Fall Down started as a multi-episode series from Arrowstorm Entertainment—the result, in part, of a successful Kickstarter campaign—and the episodes were eventually edited down into the final 81-minute movie. That might account for the somewhat rambling structure of the film:  stuff happens, then some other stuff happens, then some more stuff happens, and then suddenly it’s resolved. None of it is particularly interesting or suspenseful. It just moves from point A to point B to point C…and then it’s done.

The biggest sin of We All Fall Down, though, has to be that it almost entirely ignores its own premise, which is the best thing it has going for it! Aside from some rather perfunctory zombie stuff early on, We All Fall Down is most decidedly not a zombie movie. And it doesn’t seem particularly interested in the idea that maturing into a bona fide adult means becoming a mindless, directionless zombie…even though that would clearly be a fascinating concept to explore. 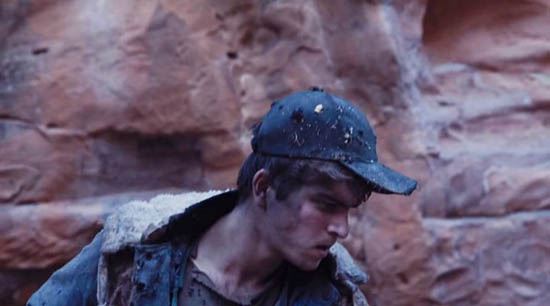 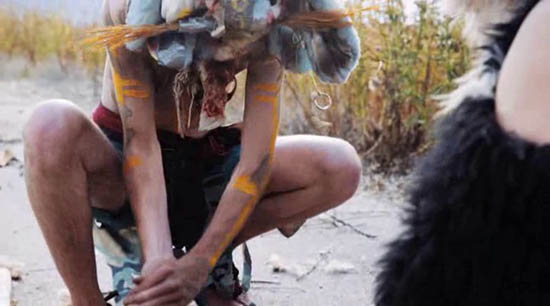 Instead, We All Fall Down fancies itself a sort of low-rent version of The Mist or The Walking Dead, using the horror scenario to engage in social commentary about people and the institutions and communities that we form and function under, either together or on our own.

And to show off their beautiful smiles.