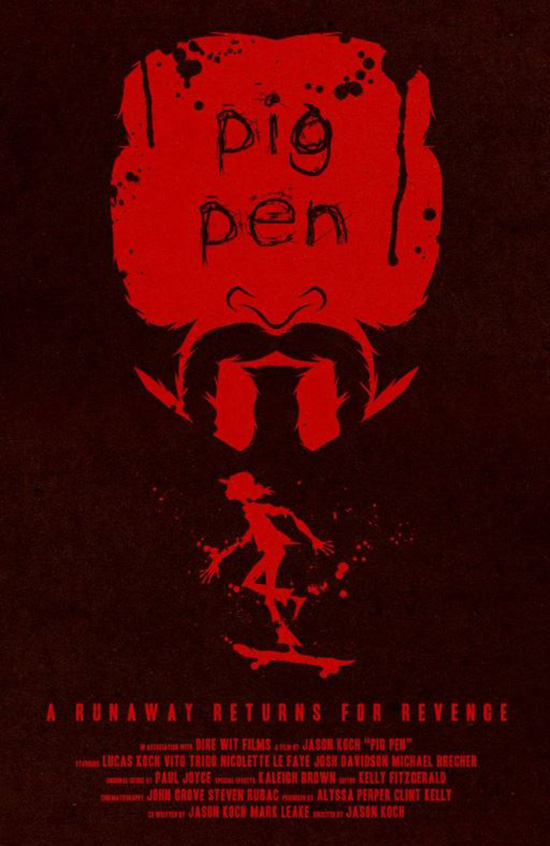 A child wanders around Baltimore after getting kicked out of his house by his mother’s abusive boyfriend. He, much like a raccoon, eats trash and steals baby food. Unlike most raccoons, at least in my limited experience, he is exposed to constant violence and despair.

2 minutes into the movie Pig Pen and a bad actor in a mid-sized sedan tells a 13-year-old to, “Go home, you white trash piece of sh*t.” There’s no reason for the scene, we don’t know who this kid is yet, what purpose could this have served? Oh, I think to myself, this is going to be something awfully strange, if not just awful.

Lucas Koch is Zach, the ostensible child star of the film and the son of director Jason Koch, and has the dead, joyless face and acting style of a North Korean propaganda film. The other name above the marquee, Wayne, played by Vito Trigo is a charmless thug who we are first introduced to as he pimps out his girlfriend, Zach’s mother, to his buddy, Rick. Vito Trigo may be an ostensibly better actor than the rest of those populating the film. Wayne’s seriousness is understated by his very ridiculous facial hair and track suits, and his own name tattooed on his neck. It’s the overall appearance of an unsuccessful Armenian drug dealer. 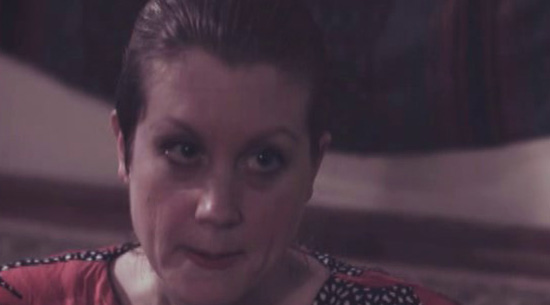 11 minutes into this movie, Wayne tells Zach that he has to learn to make money. He unceremoniously informs the young teen that he can’t come back unless he can provide 50 dollars. Zach spends the next few minutes travelling from a scene of male prostitution to a hobo street fight. Charming scenes of American life.

30 minutes into this movie, Zach is kicked off his skateboard by two young African-American gentlemen. Immediately after, as Zach lays in the fetal position, two more African-American gentlemen approach with guns, and demand long past due money, which unfortunately can’t be provided. One of the men with a hat reading ‘Dope Boy’ shoots the man who kicked Zach off his skateboard.

54 minutes into this godforsaken movie and things descend from bleak and needless into cartoonish lunacy. Zach returns home to find his mother tortured by Wayne. Leading to an eventual ridiculous showdown between the two, that’s every bit as wantonly depressing as the previous hour and ten minutes has been. The limited performance skills in this cast are wildly evident when hoping to show the building tension. 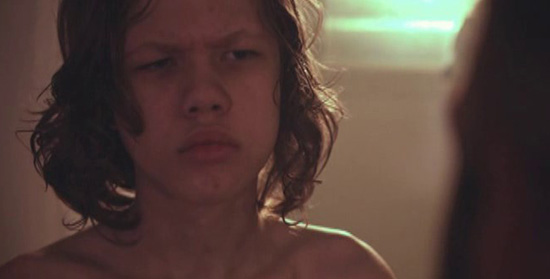 Sprinkled throughout, like dog turds in an Easter egg hunt, are flashbacks of Zach’s relationship to his mom and Wayne. It’s just padding, and reflecting on the film to write this, literally nothing was added to the overall experience. Everyone’s intentions are clear the second they first appear, nothing is shocking or revelatory in any of the flashbacks. 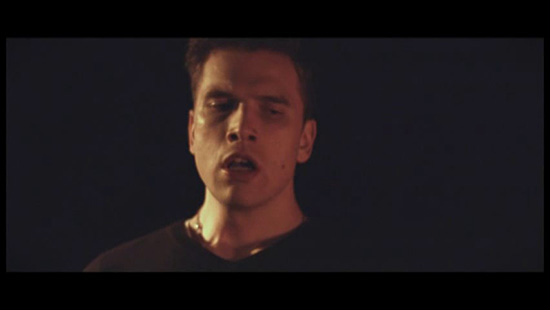 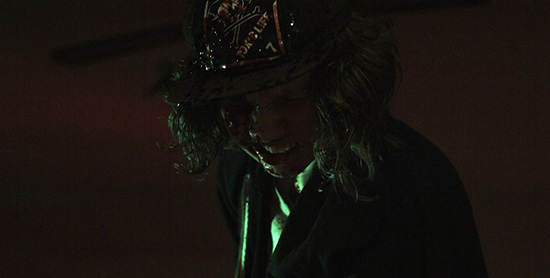 As I do with all reviews, I spent some time researching ‘Pig Pen’ and found it had at the time an 8.3 rating on IMDB. That’s the same star rating as ‘Taxi Driver’ and ‘A Clockwork Orange.’ Only fifteen people have given it a rating but not a single one who starred this above 3 should be allowed to operate a motor vehicle, they must be impaired. This is tediously, boorishly bleak. Attempting to be a portrait of life in an inner city as a poor abused child ends up being more shameful farce. Making it all the crueler to those with actual experiences of this nature.