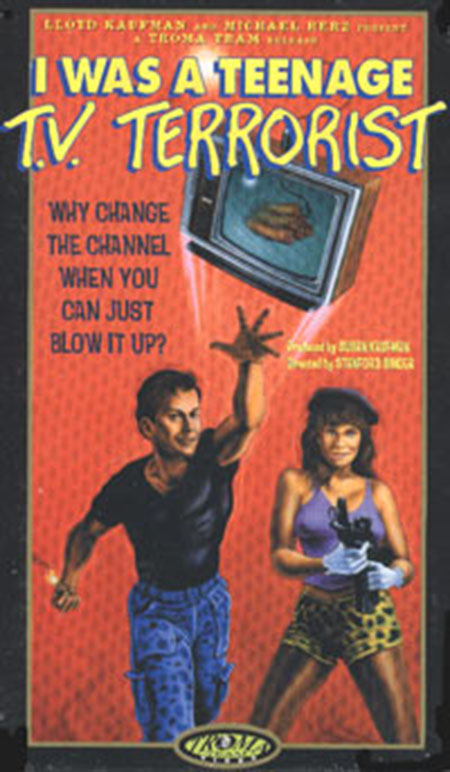 I Was a Teenage TV Terrorist should come with a warning label. Well, several, actually. But for starters: any modern viewer would likely expect the 1985 film to naturally feel a bit dated some thirty-plus years after its original release, but the fact of the matter is that I Was a Teenage TV Terrorist feels out-of-time even for 1985…as if it were meant for another time and era. An affectionate homage? Perhaps. A modern satire of playing on tropes from the past? OK, if you’re extremely generous. A simply terrible movie that misfires on nearly every cylinder? Absolutely.

This year marks the 60th anniversary of the release of I Was a Teenage Werewolf, the Michael Landon-headlined camp classic from the legendary American International Pictures. AIP’s 1957 film launched not only the I Was a Teenage… monster cycle, but also the teen sexploitation craze of the late 1950’s and early 1960’s. And when all was said and done, I Was a Teenage Werewolf became one of AIP’s most successful films. 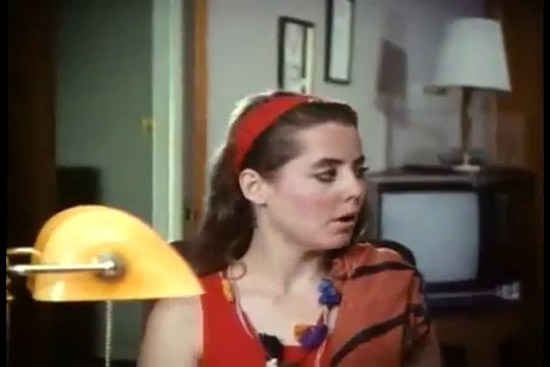 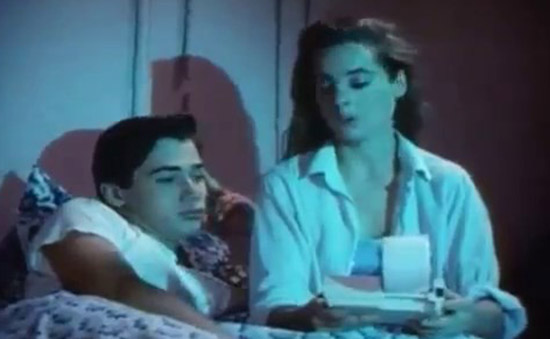 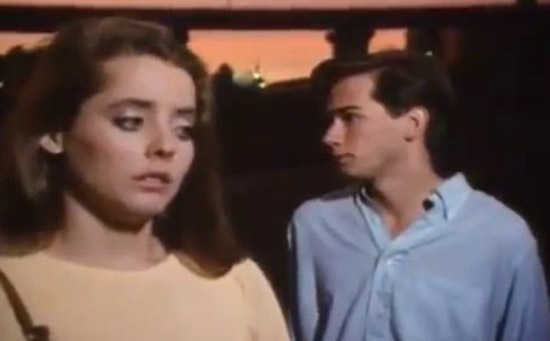 It may be fitting, then, that Troma—which must consider AIP its creative and intellectual godfather—is the distributor of I Was a Teenage TV Terrorist, a film that looks and feels like something that might have been produced by AIP in its heyday.

If only it had that old AIP inspiration to it, it might have been less awful.

Paul and Donna are your typical rebellious teenagers. They’re bored in the big city. They’re in love. And they’re toiling away in the stockroom of the Romance Entertainment Company’s TV Network, where Paul’s estranged disciplinarian father is a marketing executive. Living in poverty, working for a greedy taskmaster, and eventually busted for stealing and selling office equipment to pay their rent, Paul and Donna quickly get to the end of their rope, and they decide to put their feet down. After they stage a fake bomb scare that gets their boss fired and shakes the network to its core, Paul and Donna decide to go whole-hog and embrace their new identities as low-rent terrorists, so they adopt the name White Glove and begin to terrorize daddy’s network in the name of resistance to trash TV.

From its third act speechifying, it might seem as though I Was a Teenage TV Terrorist imagined itself as a satire taking aim at the dumbing-down of network programming, or that it felt it had something to say about the family TV becoming the primary caregiver in so many suburban households. In fact, mimicking the affect of films fueled by an era of teenage rebellion against their parents in order to tell a story of teenage rebellion against television—their substitute parents—might even be considered clever. But it’s pretty hard to give I Was a Teenage TV Terrorist that much benefit of the doubt. 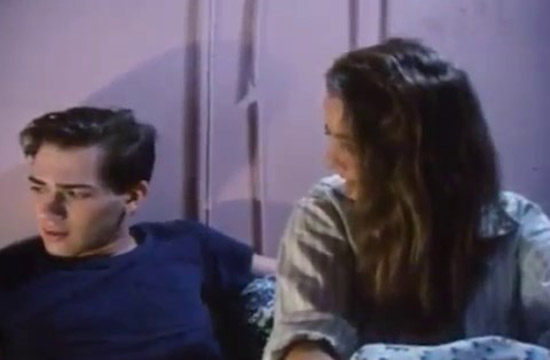 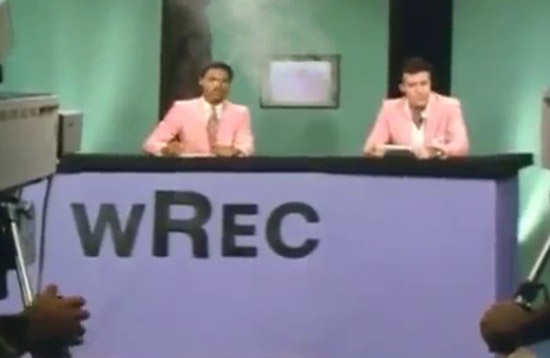 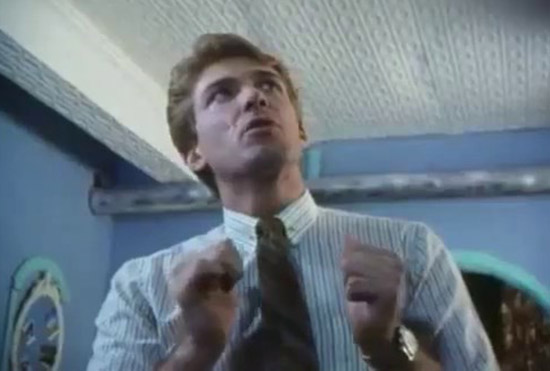 At this point, it seems important to note that—despite adopting the nomenclature of a 1950’s monster movie, despite its distribution by Troma, and despite using the word “Terrorist” in its title—I Was a Teenage TV Terrorist is in no way a horror film…or even a thriller, for that matter. In fact, the perplexing film bills itself as a “comedy”, which requires quotation marks simply because it is impossible to identify a single moment in the entire movie that is supposed to be funny, much less actually is.

However, if it isn’t exactly a comedy, then an appropriate question would be:  “What exactly is it?” It isn’t scary. It isn’t violent. It isn’t suspenseful. It isn’t melodramatic. It isn’t titillating. And it isn’t educational. Ultimately, the filmmakers might have settled on “comedy” only because the film accomplishes precisely nothing in terms of audience engagement or reaction that might have signaled its kinship to any established genre. So why not just pick one that might be popular? 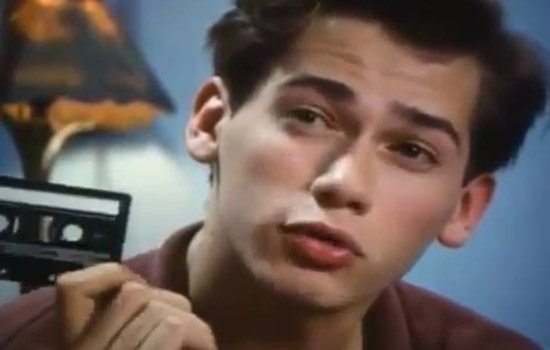 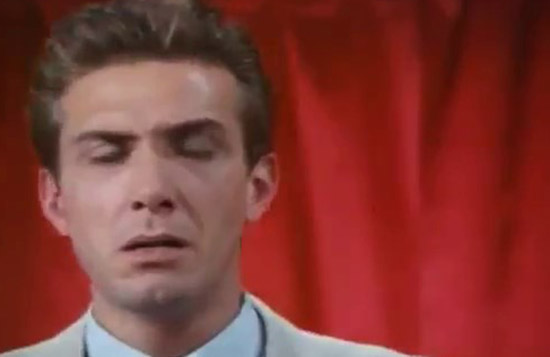 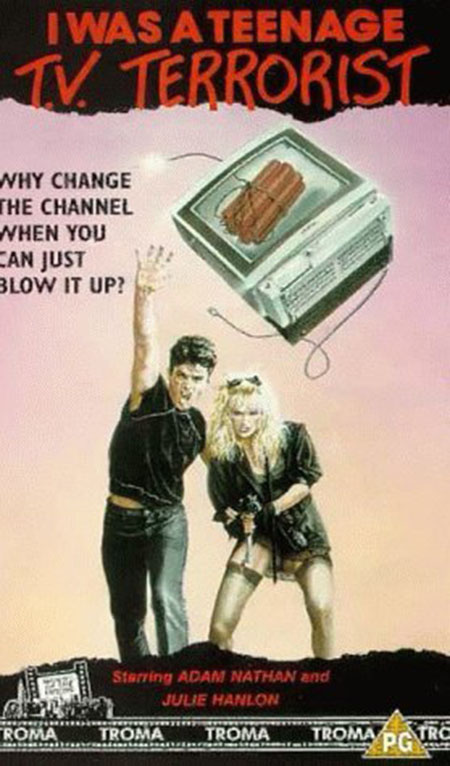 At the end of the day, I Was a Teenage TV Terrorist has all the entertainment value of watching paint dry, waiting for water to boil, or sitting on an airplane staring blankly at the seat in front of you. Of course, engaging in those endeavors might lead to a colorful new living room, a delicious cup of tea, or an exciting adventure in a new city. Arriving at the end of I Was a Teenage TV Terrorist accomplishes absolutely nothing but bringing you 85 minutes closer to the grave.