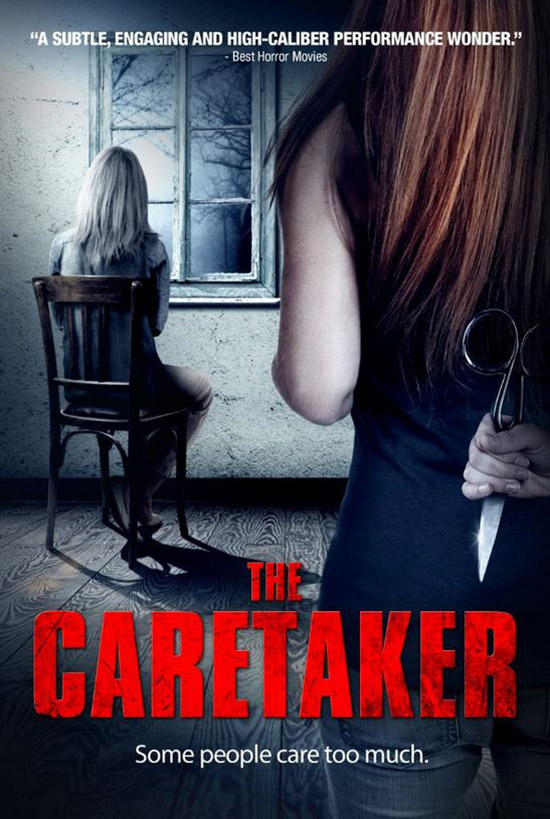 A young woman returns home to care for her gravely ill grandmother, only to begin sleepwalking, envisioning spirits and uncovering dark secrets in her family’s past.

Not many movies center on the elderly, particularly horror movies. I think part of that has to do with the fact that we don’t always see these frail looking people as genuine threats. We really don’t sit around and think about running in fear from an old fellow with a walker outfitted with spikes and chainsaws. Perhaps we should. In fact, now that I mention that, I kind of what to see that in a movie now. Regardless, horror tends to be marketed towards the young, so no one really wants to make them be reminded that we all will one day be that old coot no one talks to. To be fair, the old coot with the chainsaw laden walker would probably be a fairly interesting person.

The Caretaker puts the elderly front and center in its story of Mallory (Megan Wheeler), who’s force to act as caretaker for her grandmother Birdie (Sondra Blake). Birdie can apparently be difficult to deal with, and she has a habit of running off other people who’ve tried to fill the role. All the old lady wants is for her granddaughter to watch over her, and Mallory really doesn’t want the responsibility. Mallory’s boyfriend, August (Sean Martini), keeps pushing her to put Birdie in a home. He thinks the old lady is trying to manipulate her granddaughter, and he believes it’s better for Mallory to get away from Birdie as soon as possible. As time wears on, Mallory begins sleepwalking regularly, which raises August’s concerns about her mental health. To top it all off, Birdie begins to show signs she may be more dangerous than everyone around her realizes.

I was a little concerned about having to review this flick. I haven’t heard too many positive things going in, but I must admit, this was a far better film than I was expecting. Director Jeff Prugh put together a very effective and creepy movie that manages to be unpredictable. While Mallory is our main character, this is Birdie’s show. Throughout the movie, we get snippets of her back-story that does an effective job of making you wonder if the old lady is truly dangerous. With a past that’s connected to accusations of witchcraft, and the fact that we see Birdie performing rites that we can assume is part of the dark arts, we’re never really sure of Birdie’s intentions or what she’s capable of. These moments are deftly handled and help create an undercurrent of tension as the film progresses.

The now familiar trope of having a main character’s whose own faculties are called in to question is used here, but it’s handled in an interesting matter.

Megan Wheeler and Sean Martini may have been the leads, but make no mistake, Sondra Blake’ owns the movie. She steals every seen she’s in and acts circles around the rest of the cast. It’s not that they’re bad, it’s just that Sondra Blake is that good. Blake hasn’t lost a step at 80 years old, and manages to make Birdie a truly compelling antagonist. She can give Birdie an air of vulnerability in one scene, give her a sense of desperation in another, and then turn around turn Birdie into a creature of pure malice. To balance all the elements of such a complex character has to be pretty difficult, and it would have been easy to overdo it and make her seem silly. Blake handled everything perfectly, and she made it look easy. The creepier aspects of the flick comes mainly from her. 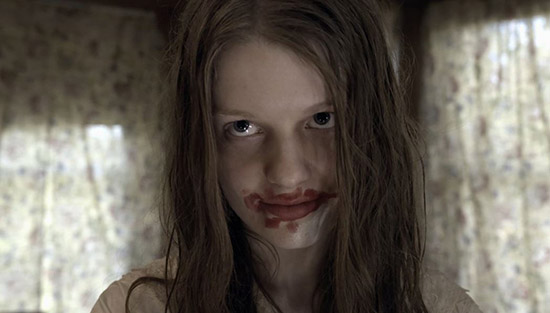 If there’s any negatives, it’s that the leads aren’t as interesting. Mallory tends to be kind of a bland persona. There really isn’t much to her character beyond the fact that her sleepwalking episodes tend to hint at a deeper psychological issue. We also don’t get much of an explanation to why she’s grown distant to the woman who raised her. All we get are hints of some kind of conflict with Birdie in the past. It would have been nice to have a bit more development here. 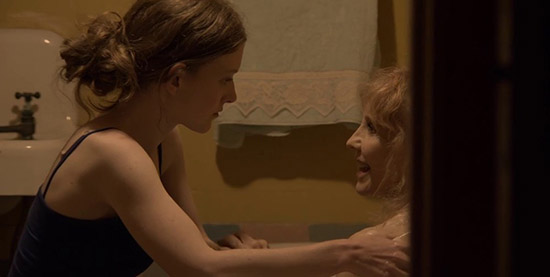 The character of August is a bit more developed, but he’s harder to connect to. He comes across as being a tad douchey when the movie begins. It’s hard to really care about a character that’s kind of unlikable when we first meet him. As the movie progresses, we do get to see a lighter more caring side to him. However, it doesn’t do enough to really soften the initial dislike I experienced. I think August’s nicer aspects should have been more prevalent in the earlier scenes so we can relate to him better. I also think the movie should have centered more on him. He, like us, is an outsider looking into this complex family dynamic, and the film really would have benefited with sticking mainly to his point of view. He is truly the man in the middle, trying to protect Mallory while contending with Birdie’s manipulations. By focusing on him more, the script could have let us be more in his shows while showing some of his better nature much earlier in the film. 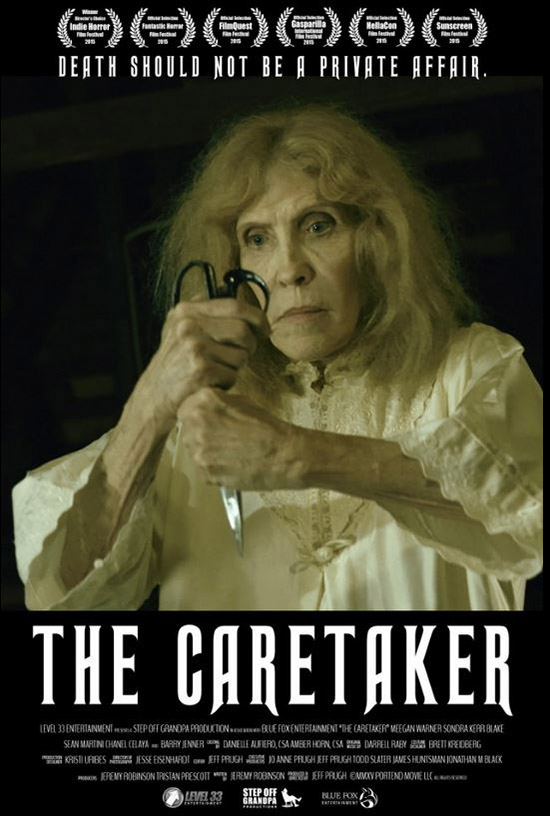 Overall, this was a pretty good flick. While the leads weren’t nearly as interesting as they could have been, Sondra Blake more than makes up for any shortcomings. Her performance is pure joy to watch from start to finish. She more than makes it worth the price of admission.