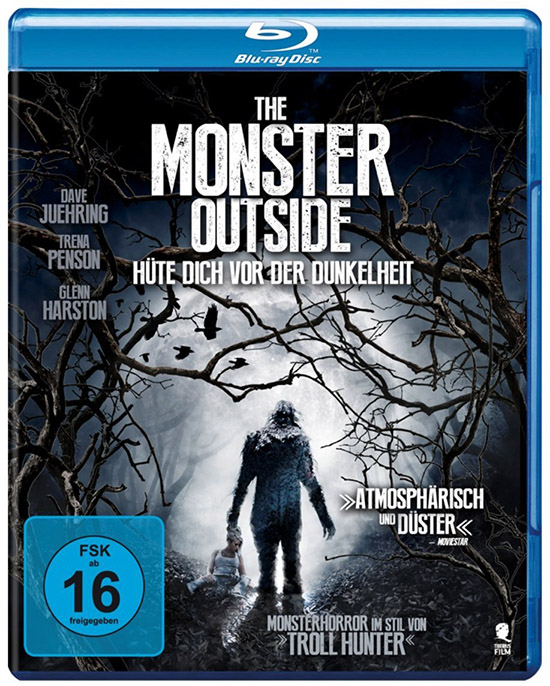 A family moves into a secluded cabin only to be terrorized by a mysterious creature.

Is it possible to successfully mix the aesthetics of the comedy, horror, and thriller genres? Stephen Folker, the seething mastermind behind Field Freak (aka The Monster Outside), who both wrote and directed the movie, thinks so. This genre mash-up stars Dave Juehring as lapsed writer Charles Bear, Trena Penson as his frazzled wife Linda, Tristan Coppola (close relation to you-know-who is highly doubtful) as their needy son Lonnie, Thomas Ely Sage as Jerry Johnson, a manic master of pest control, and Glenn Harston as Ned Perkins, a disabled, crutch-wielding backwoods root beer moonshiner (yeah, that’s new to me, too) with a hair-trigger wig-flip that could give even the most bull-necked wrestler irreparable whiplash. Ric James (no, not that one, unfortunately) plays the off-the-rack gorilla-suited creature of the title. 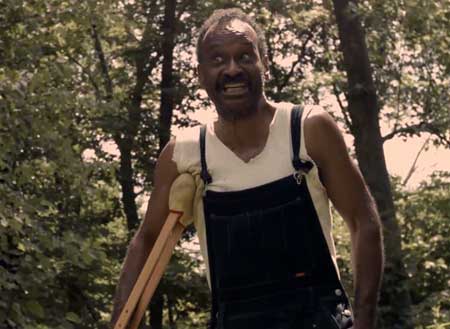 Charles has been lying to his literary agent (and his family) about having his next book ready to go, and instead of actually buckling down and churning out the hack work required of a bestselling author, he does what any writer who lacks self-respect would do: he drags his family to an idyllic place called Beaver Pelt Falls, Idaho and promptly becomes obsessed with anything other than writing. In particular, he rather quickly takes a strong liking to the Perkins Family line of wash tub root beer, scooped out of the detritus-filled tub directly into a scum-filled jar, right before the Bear Family’s amazed eyes; while the son and wife are clearly disenchanted with the offering, dad is childishly delighted by the brew. In the meantime, Linda has begun to take notice of weird creature happenings about the house and has taken it upon herself to call in Jerry Johnson, a fanatical, beaver-obsessed pest control guy who’s determined to clear away the vermin. 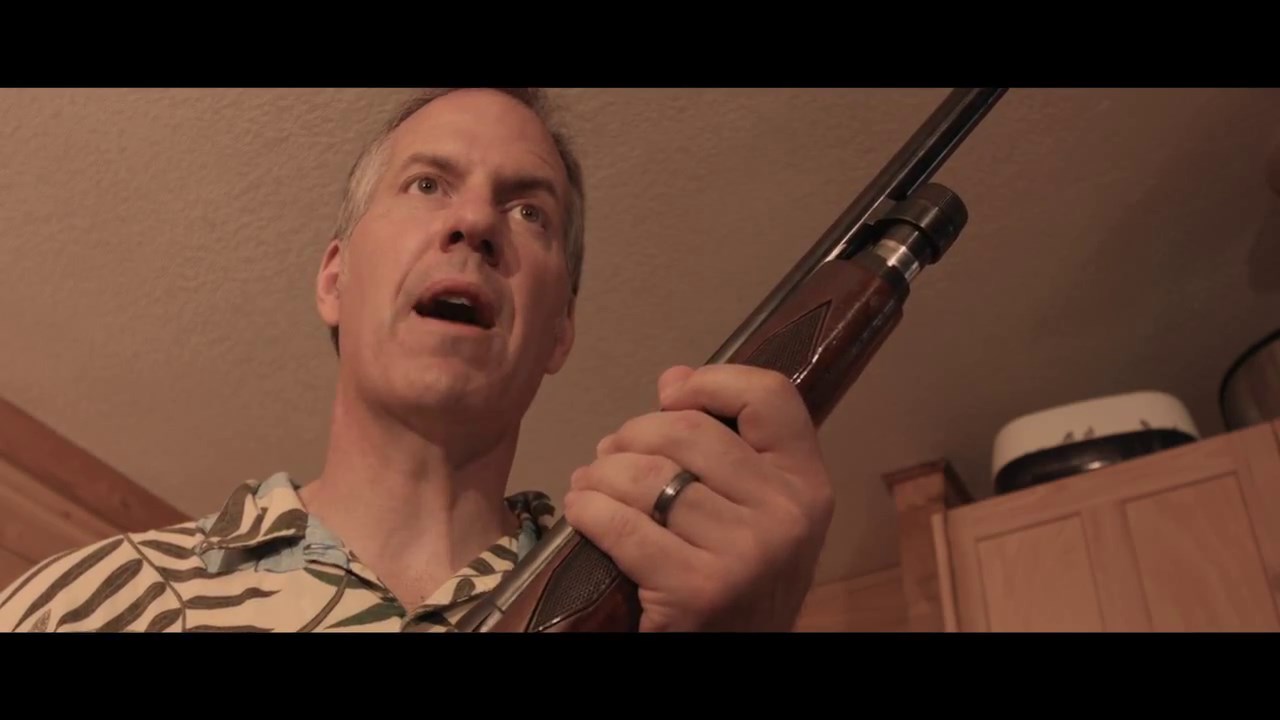 Stephen Folker, who not only came up with this unique (ahem) idea, then wrote it into existence and proceeded to direct it, also took it upon himself to do the cinematography, the production design, and the costume design, as well; it appears we have a sextuple-threat, here. That would be great, miraculous in fact, if he were any good at any of the areas listed. Too bad for the viewer he’s not. The only original set design piece seems to be the Perkins root beer signs, and those could have easily been scrawled by a drunken orangutan; giving Folker the benefit of the doubt, the viewer could say it was supposed to be funny. But it wasn’t; it was just stupid. As for costumes, from the looks of it, Folker probably told the cast to just wear their own clothes.

As for Folker’s writing, well, let’s just say he can’t. The script is horribly disjointed, limp like a wet noodle, and lacking any kind of narrative spine; his humor is distinctly idiosyncratic, so much so, only he could think this stuff is funny. The humor is so unappetizing, it has the overwhelming feel of having been percolated within the confines of a twelve year old boy’s boorish mind, and then enhanced by the just-the-other-side-of-snarky preteen pandering found on the Nickelodeon Channel. His complete lack of skill as a director obviously doesn’t help; it only points up the inadequacies of a lousy script and the extraordinarily bad acting. Surprisingly enough, the Coppola kid may be the best actor in the bunch. (Maybe he is related after all. Hhhmm.) 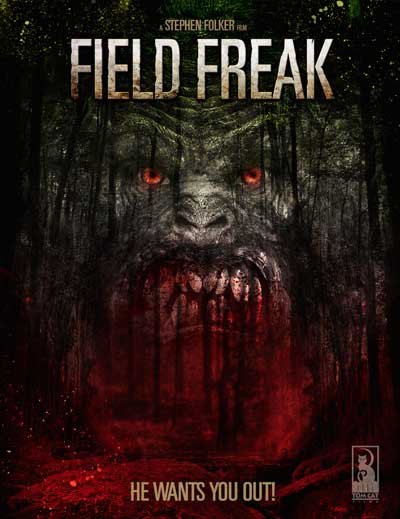 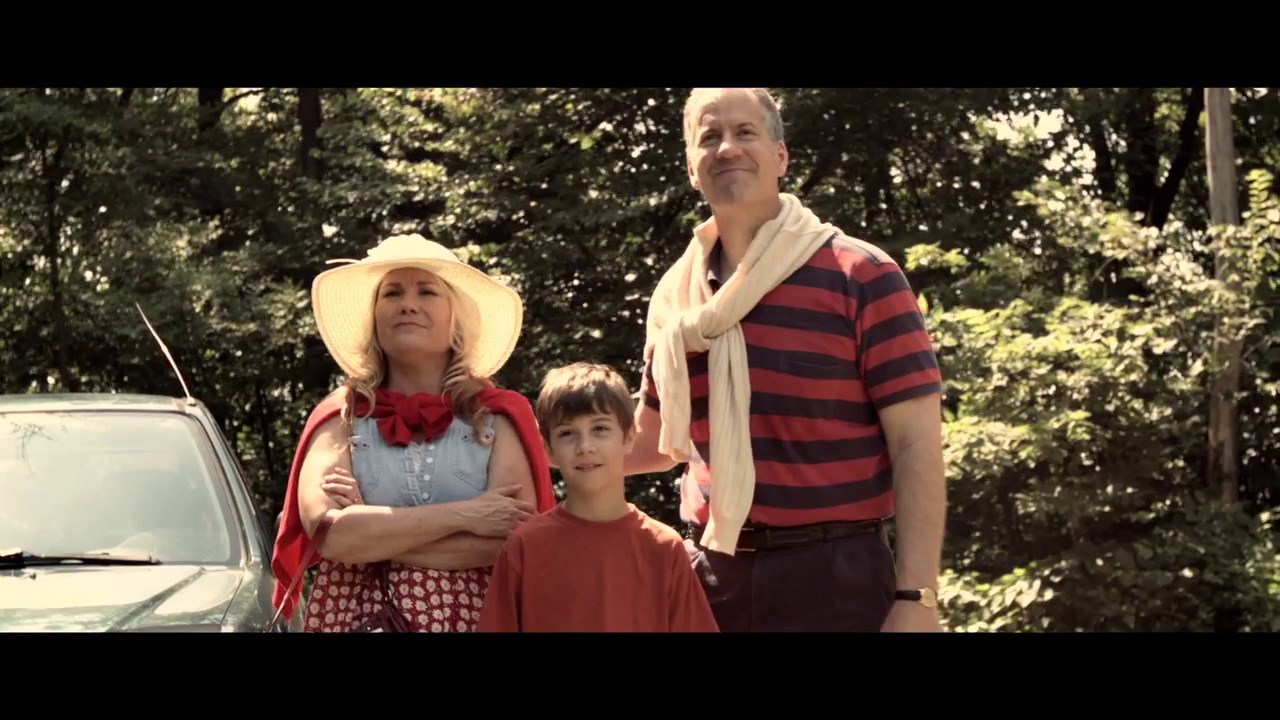 What more can be said about this $9,000 fiasco? Not much, other than it’s another piece of junk made by adult human beings who should have developed some form of discernment by now. It would be nice if, in the endless swamp of reality TV shows, there were one covering low-budget movies that slapped down the amateurish strivings of people like Folker; what the micro-budget horror community needs is its own Simon Cowell, and he needs to say this – no, he needs to shout it: Simply because you have a passion for something doesn’t always mean you should actually pursue that something as a career; just because you have a camera, and a few willing accomplices/victims who are as lacking in talent as you are, doesn’t mean you should make a movie. Make your grotty movie, if you must, but don’t foist it upon the rest of us. You may leave the stage, now, and please don’t come back.