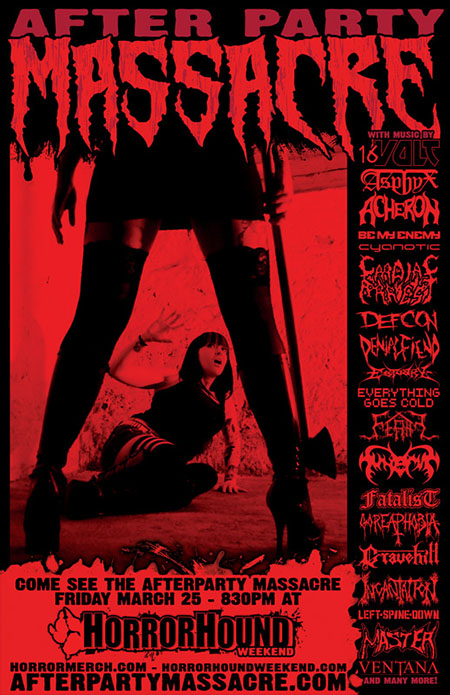 Giving a new twist to horror, this film bring metal, blood, and gore back to the screen! Written and directed by both Kristoff (of Horrormerch.com) and Kyle Severn (of Incantation and Acheron), this film is one killer party with mind-blowing amounts of blood.

Somewhere along the way, heavy metal and horror movies became permanently intertwined. How this happened is a conversation for another day, one involving Satanism and witchcraft and evil imagery and hopefully Stryper, but the fact that they are connected is an indisputable fact. A number of heavy metal bands have produced music videos that are essentially short horror films, including Municipal Waste, (Lone) Wolf & Cub, and, of course, Slayer. 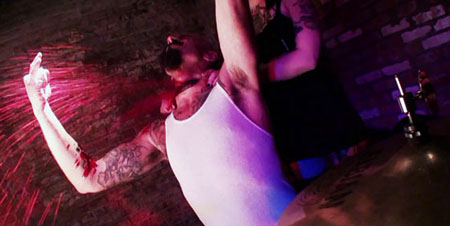 And every now and then, a filmmaker dares to move beyond the soundtrack and put the music and the horror together on screen (can we call this “metalsploitation”? I say yes.). The results have been, well, mixed, to put it nicely. The 80s brought us a bunch of cheese, including Black Roses, Rock ‘n’ Roll Nightmare, and Trick or Treat, which was blatantly marketed to metalheads with cover art prominently featuring Ozzy Osbourne and Gene Simmons. More recently, and far better, is Jason Lei Howden’s feature debut, Deathgasm, which pits a black metal band against demons and lets the blood flow freely. And in 2011, Kristoff Bates and Kyle Severn combined a heavy metal concert and a slasher movie and ended up with After Party Massacre.

If you took an old school skate video, one similar to the early CKY videos, and replaced the skating with bands playing on stage, then took out the goofy skits and pranks and put in lots of bloodshed and kills, you would have After Party Massacre. The plot is as follows: Some girls go to a local metal show, and one of them, Scarlett, played by Scarlett Von Sinn, is assaulted by some dumb bro-dude. This triggers bad memories of being abused as a child by a priest (?), so she destroys her attacker, then sets out to kill almost everyone in the club. Meanwhile, some bands play, some friends reminisce old times, a drunk guy gets tossed out, and a bunch of girls dance and strip and make out at the after party, the end. Now, that might sound like there’s a lot going on, but it certainly doesn’t feel like it while watching this movie. 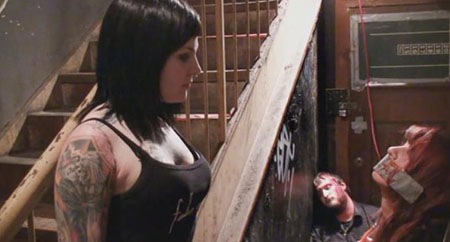 There are lots of problems with After Party Massacre, and I’d like to believe that they become more glaring due to the format. The thing is, lots of slasher films are built on weak stories, but they manage to gloss over the plotholes with a constant show of bloodshed. This movie actually has some pretty cool kills – low budget aside, there’s some fun gore here that we’ll discuss later – but the story is constantly disrupted by the bands playing. And it’s not like they are bad bands; speaking as a metal fan, they’re actually pretty good (Incantation [PA] and Soulless [OH] are the main featured bands, and the entire soundtrack is metal). But any momentum the story may have attained is quickly quelled by full song performances. That said, if you just skip through and focus on the music, there’s some really good death and thrash metal in here. 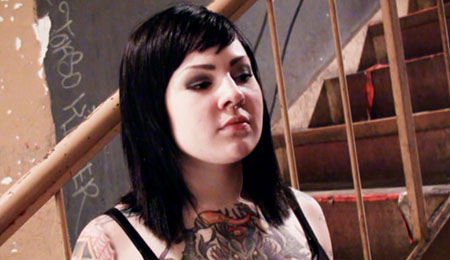 When it comes to the story part of the movie, there are lots of problems as well. Most of the dialogue feels like it’s ad-libbed, and not in a good way. Lots of “um’s,” lots of stumbling, and lots of uninspired-sounding, maybe too-real conversations. Most of the scenes have nothing to do with the actual plot – there is a long story told in flashback about a roadie who “stole” a dude’s groupie and got busted by his girlfriend, there’s another flashback story about a guy, a gloryhole, and genital mutilation, and there’s the side-plot with a drunk guy who has a dream that he beats down a bouncer who treated him wrong, and none of these scenes are necessary in any way to advance the plot. And one more thing, *SPOILER ALERT* if I understand the ending correctly, this was all a dream… Ugh, this dude does not abide. Let me guess, they are all living in a snowglobe too? 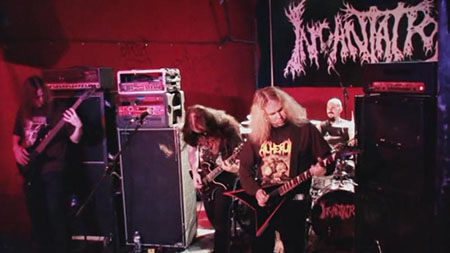 I don’t like to completely trash independent/low budget horror films, because at least they are getting out there and trying. So let’s look at the positive aspects of After Party Massacre. As I mentioned before, if you’re a fan of heavy metal in all its forms, you will definitely enjoy the music of this film (which, to be fair, is a good piece of the movie). While the acting is pretty shaky, and what can you really expect from non-actors, the kills and gore sequences aren’t bad at all. There is some definite nastiness in here: skulls pounded by sledgehammers, arms severed by circular saw, death by dildo, and the afore-mentioned genital mutilation, to name just a bit. Pretty much blood from beginning to end, which in combination with the metal, is sure to get at least a handful of people headbanging.

I really tried, but I had a hard time getting through After Party Massacre. Part of me thinks that I was just not the target audience, but when I reconsider, I love metal, and I love gore films, so that makes no sense. Maybe I’m just trying to be optimistic. A great soundtrack and good gore makes it easier to survive, but this isn’t a movie I would recommend to anyone but the most hardcore completionists out there, those messed up folks who dedicate their lives to seeing EVERY bit of horror ever created.