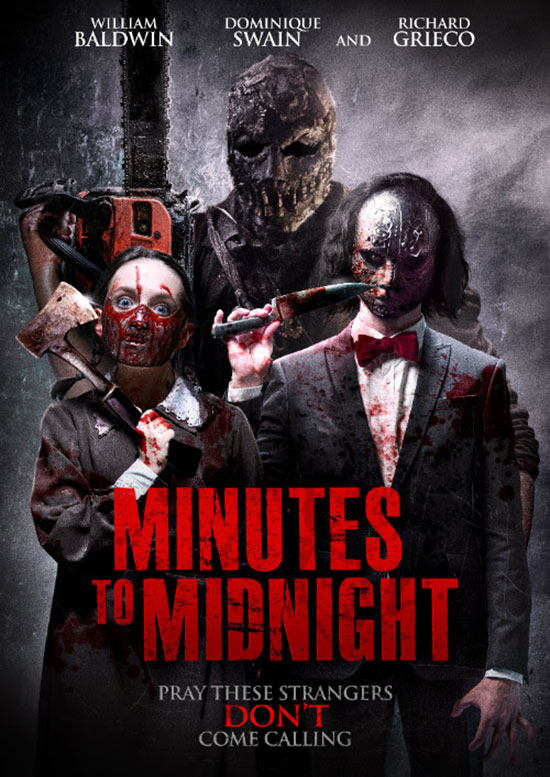 A group of friends gather at a ski lodge to celebrate New Year’s Eve with some hardcore partying and random debauchery. Too bad they aren’t alone as there are a few homicidal maniacs who live in the area that enjoy slicing and dicing anyone unlucky enough to cross their path, and by the time the clock strikes Midnight there may be no one left alive to celebrate.

I didn’t really know a whole lot about Minutes to Midnight (wow, now I have that old Iron Maiden song “Two Minutes to Midnight” stuck in my head) but after doing a little research on it before I watched it I thought that it sounded like it could be a cool little slasher flick. I went into it with my fingers crossed that it wouldn’t disappoint and am happy to say that while it wasn’t the greatest horror movie in the history of the world it did have its moments and I thought that it delivered. I had a good time with it and thought that it was a decent little slasher that had a lot going for it. 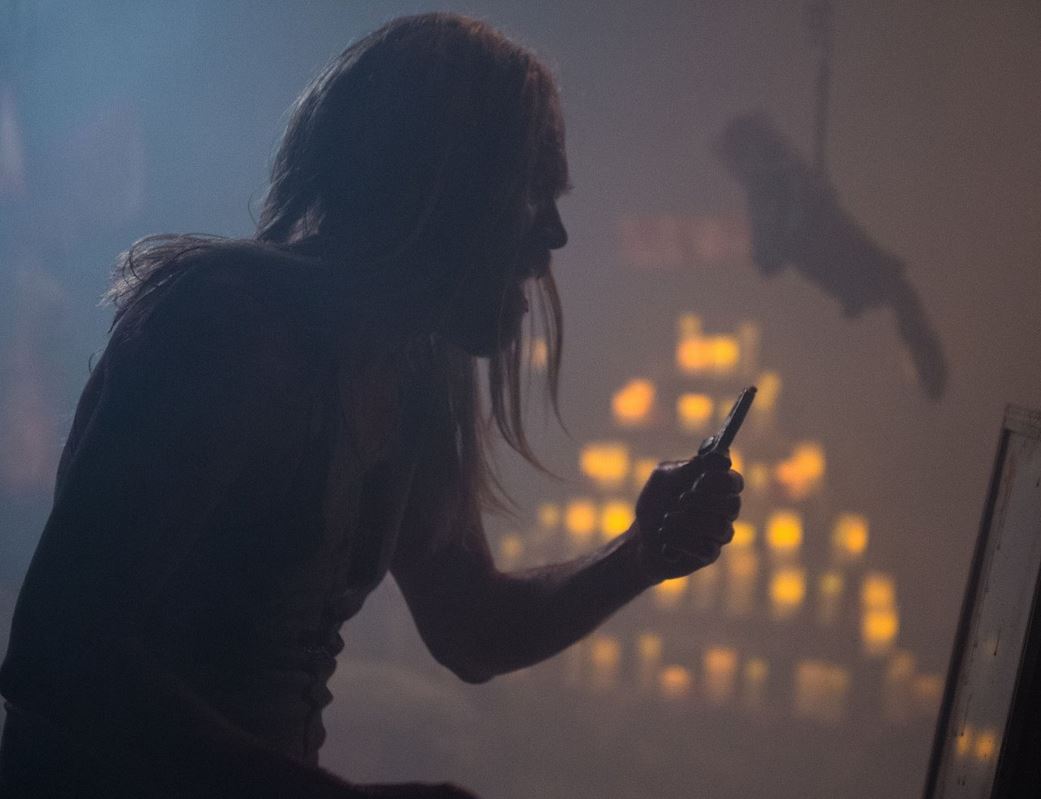 It may not have the most original premise ever but that’s okay because it works. We have a group of co-workers that head out to an empty ski lodge on New Year’s Eve to party the night away but before you know it a hulking, homicidal maniac wearing a costume that looks like a cross between Bane, Killer Croc, and the Scarecrow (I’m thinking that the people behind it must be Batman fans) shows up and starts killing everyone that he comes into contact with in a number of brutal and bloody ways. To make matters worse he is accompanied by a creepy (but oddly hot) woman that is every bit as brutal as he is, and it isn’t long before the bodies begin to pile up. Minutes to Midnight follows your typical slasher formula and that is cool to me because unlike some other, recent slasher flicks the people responsible for this movie actually do it right, and the results are quite impressive. 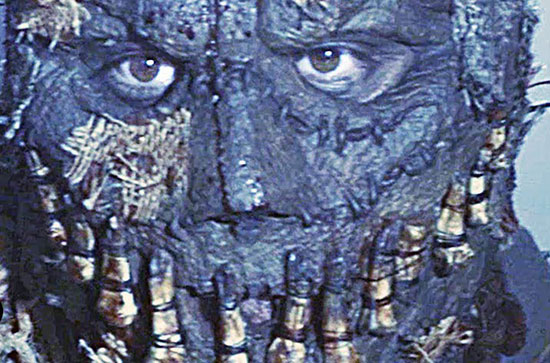 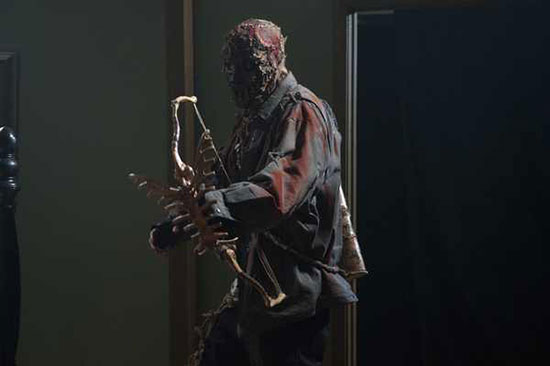 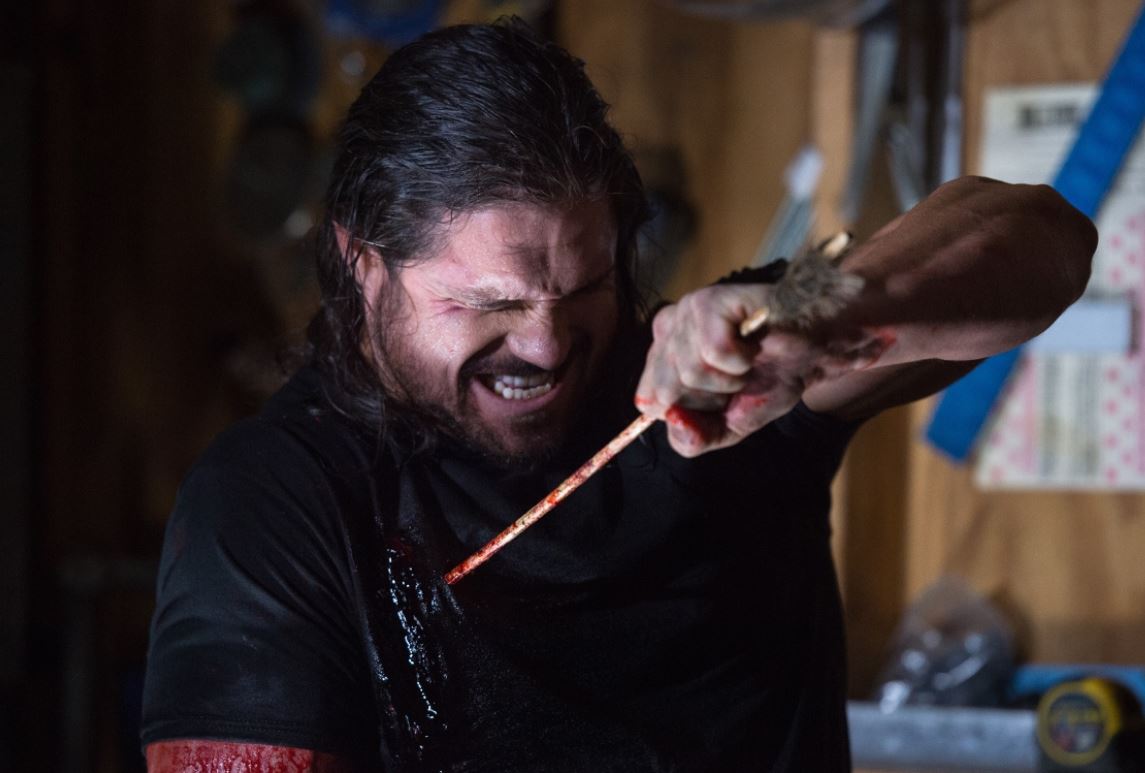 I was very impressed with how packed the cast was and everyone that appears in this film does an excellent job. We get genre legend Bill Moseley, Dominique Swain (who only has a few seconds of screen time, unfortunately), Richard Grieco (who possibly gives the best performance of his career this time out), William Baldwin (who is my favorite Baldwin, by the way), and Mercy Malick (who totally rules as the deadly Calypso). I think I was most impressed though, by the performance of former WWE superstar John Hennigan as he is totally awesome in the role of Travis. Hennigan is one of those guys that was a phenomenal wrestler when it came in in-ring skills but was severely lacking when it came to cutting promos (and that is being generous as I always thought he had the personality of a wet dish rag during his run in the WWE). I don’t know if he took acting lessons or what, but he absolutely nailed the role and was one of the highlights of the film for me to be honest. He plays such a likable character who is not only relatable, but also a total and complete badass that is basically the hero of the film. I must applaud his performance because he does an outstanding job and he should be proud of how well he brings his character to life. 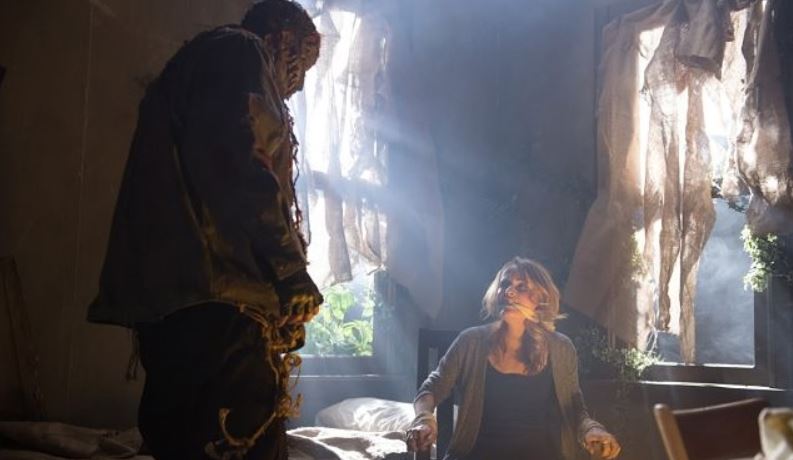 I also really dug the main antagonist, Angus (played by Aaron Aguilera, who has also been known to wrestle from time-to-time) and thought that he was one scary, brutal bastard. He doesn’t play around when it comes to taking out his victims and if I had to guess I would say that the character was inspired a little by Victor Crowley from the Hatchet movies as they are both big terrifying dudes that enjoy killing people in the most painful ways imaginable. His big fight scenes with Hennigan are mighty epic and I had a blast watching them beat the living hell out of each other. I don’t want to take anything away from Calypso, the other killer that appears in the movie as she is cool as hell too (and just as scary as Angus), but I think since he is just a tad more violent and brutal he edges her out as the best villain in the movie by just a hair. 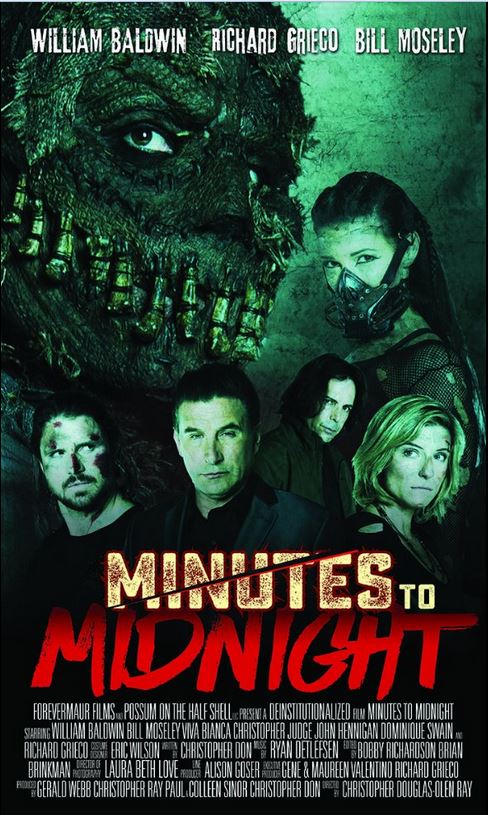 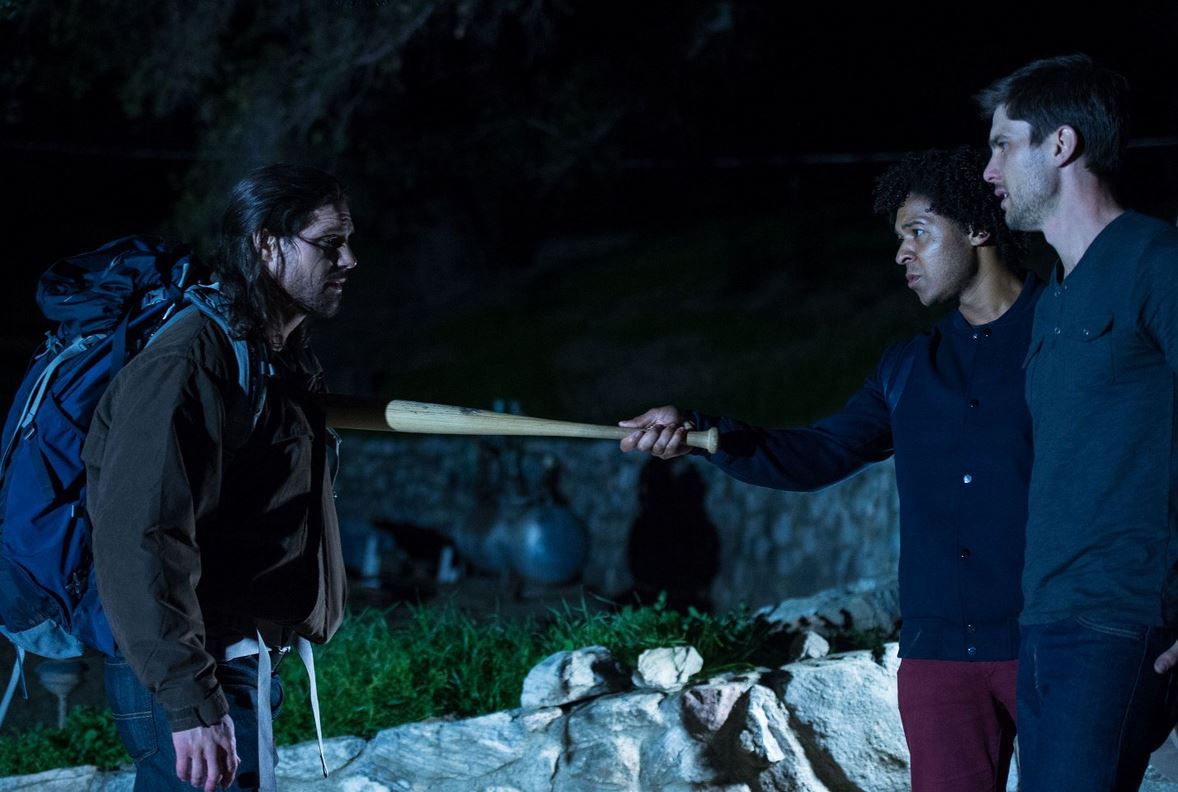 I really enjoyed Minutes to Midnight and thought that it was a fun little film for a lot of reasons. We have some likeable characters, scary antagonists, fun, violent death scenes, gratuitous nudity, a nice little twist that most viewers won’t see coming, and a pretty decent body count, all the necessary elements needed to make a great slasher flick in my opinion. While it may not be for everyone (which is apparent if you look up some of the other online reviews for it that pretty much panned it) I personally had a blast with it and think that a lot of other viewers out there will too if they give it a chance. Check it out, you may be surprised by how much you like it after everything is said and done.