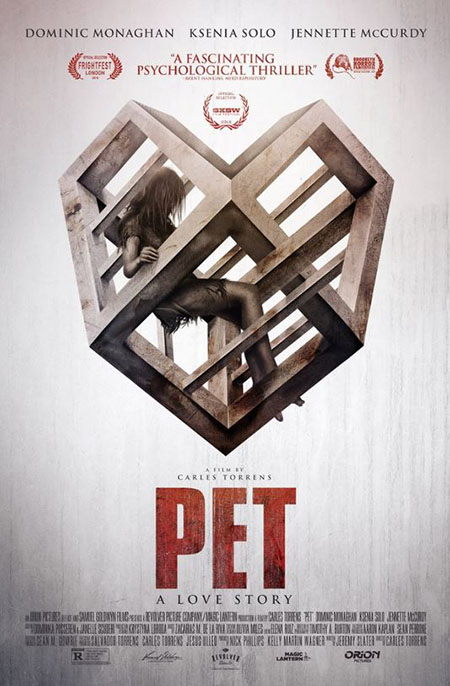 An animal shelter worker becomes obsessed with a former classmate after his attempts at wooing her fail. During his stalking of her he finds out something that disturbs him enough to lock her in a cage as an attempt to save her from herself.

Stalkers are a strange bunch.

During the mid to late 1980s–a time when I never even heard the term “Stalker”–I had a friend named Jim. Now, he didn’t stalk anybody himself (not that I know of, at least), but two of his friends had that type of drama going on in their lives. In fact, one was the stalker of the other. The stalker was an older man who I’ll call “Art” (he was an artist) and the girl he became obsessed with was a punker chick who I’ll call “Annie”, who Jim also fancied. But, that’s a whole other drama separate to this tale.

“Art” was a fixture at a fast food restaurant in downtown Hazel Park, Michigan. I remember as a child, he would be in a booth drawing his latest t-shirt design. He didn’t mind us kids standing over his shoulder watching him doing his work. The man had talent. By our late teens, early twenties Jim had started to be a fixture as well at this burger joint and he became friends with “Art”. And that’s how “Art” met “Annie”.

“Annie” was about my age at the time. It may be my youthful memory speaking, but I’m sure that “Art” was old enough to be all our grandfather. But, that didn’t stop him from being drawn to “Annie”. I never knew the details of the situation aside from “Art” parking outside “Annie’s” home hoping to catch a glimpse of her. To this day, I have no idea how this drama played out. But, I think it’s safe to guess it never reached the levels of drama and craziness that Pet strives for.

Dominic Monaghan of Lord of the Rings fame plays the stalker in question here. I’m not sure if it’s the filmmaker’s intent to have his character so devoid of personality, but there’s not much evidence on display of one. At first, I was wondering why he would want to play such a character. He has enough talent to find something that’s more of a challenge. But, this might be the point since Monaghan’s character, Seth, doesn’t seem to have any friends. Even the security guard (who seems to work 24/7) at the animal shelter Seth works at doesn’t like him. So, needless to say, Seth is a pretty lonely guy. Personality does develop based on interaction with others. Seth doesn’t have much interaction with others. Family never is brought up, as well. 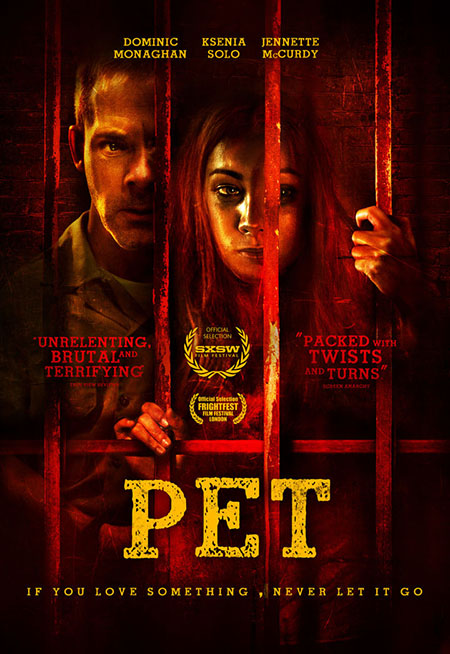 One day, while riding the bus, Seth sees Holly (Ksenia Solo), a young woman that he claims was in a class he once took. They actually didn’t know each other, but he remembered her. Before he has a chance to ask her to coffee to get to know each other better, her stop comes up and she’s out off the bus. Now, that he knows her name, Seth, looks her up on social media to find more information about her, where she works, her routines, if she has a boyfriend. Seth plans two times to bump into Holly, just by “chance”. Both times, just like they’re meeting on the bus, Holly doesn’t recognize Seth. This is how much of an impression he has on her. Just like any and every potential stalker, he doesn’t get the message.

Next thing we know, Seth kidnaps Holly and locks her in a cage in the basement of the animal shelter. It seems during the course of his stalking, he had found out a dark secret about her that he feels he can save her from. In short, she may be far more dangerous than he ever could be to her. It’s certain she’s a hell of a lot smarter than he is. Mindgames and psychological manipulation ensues. And the question arises, who is the “pet” between the two of them. 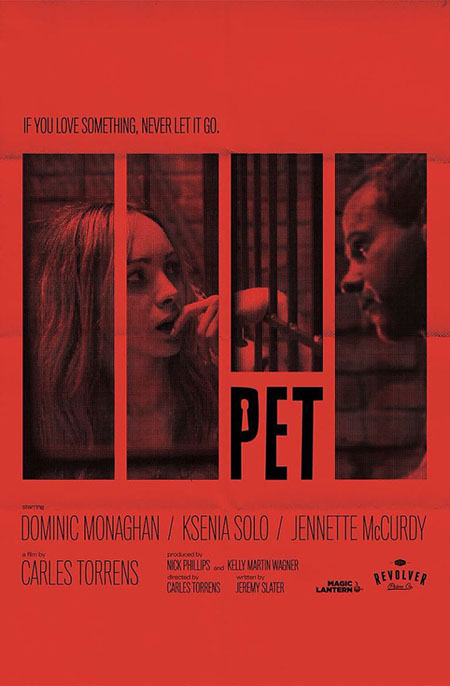 The bad thing about The Pet is that it’s a rather thin concept. At roughly 90 minutes, it feels too long for that concept to feel anything but too drawn out. Solo plays a good part, but she and Monaghan can’t sustain the film with such a limited plotline. The best stuff happens in its last half an hour. But, most of that running time is dialog. This film almost had me. But, to be honest, it’s just not good enough for me rate it higher than I do.