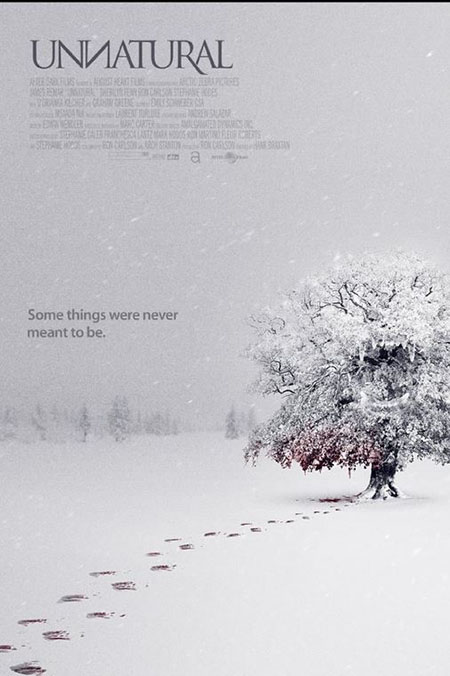 Well folks, today’s movie is another entry in the age old story of scientists meets animal, scientist genetically alters animal, then animal eats scientist and goes on a rampage. Of course, the scientists in movies are always doing something to make the creatures even more dangerous than they were before. It’s never something benign. It seriously makes you wonder where these idiots got their degrees. I can’t help but imagine conversations going like this in the labs: 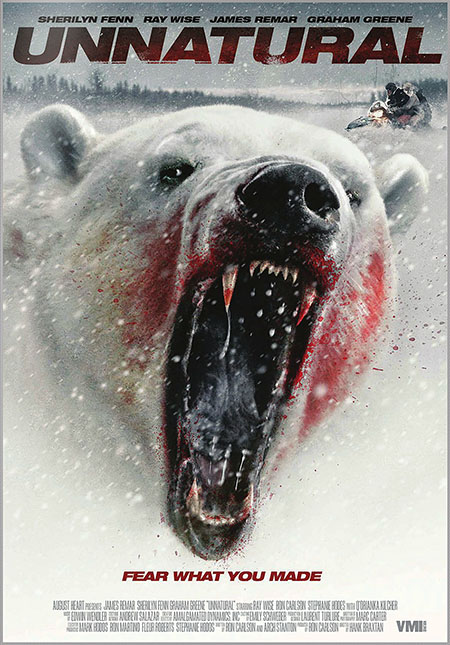 Scientist 1: “Let’s make it so household cat poop smells like roses no matter what they eat. Families will love it since the litter box will never smell as foul.”

Lead Scientist: “No! I want it so that cats will now be more intelligent, spit acid, and have poisoned claws!”

Lead Scientist: “It’s a genius plan! I’ll give you a raise and a cookie if you go along with it.” 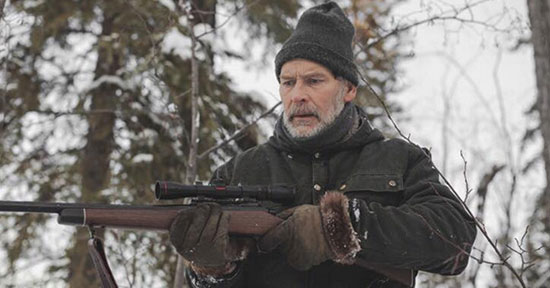 The 2015 movie Unnatural (8 Films To Die For series) follows the tale of what happens when scientists genetically alter an Alaskan polar bear in the hopes of finding a way to help the species survive global warming. The bear is bigger and stronger than normal as a result, and it ends up escaping. Only one scientist manages to escape. Of course, the bear is also hyper aggressive because there wouldn’t be much of a movie if the bear was only prone to excessive cuddling. Nope, this beasty wants to kill all the fleshy humans in the area. This puts a group of models, and their guides, in terrible danger. 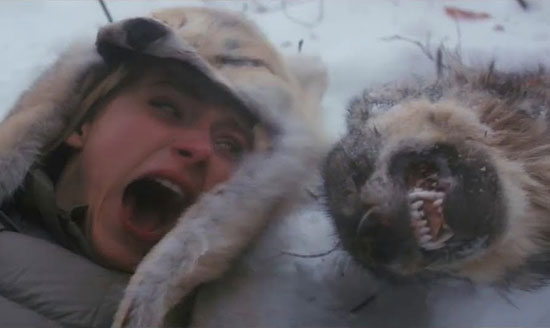 When I saw that the story involved some models on a winter photo shoot being terrorized by the bear, I suspected that it was going to come down to finding reasons to have the women running around in skimpy clothing while being chased by the bear. I was pleasantly surprised to find that wasn’t the case. It was more about the guides and their efforts to find a way to survive when the polar bear starts stalking them. I was also surprised to see actors like James Remar, Graham Green, Ray Wise, and Sherilyn Fenn, in the movie. Those are some pretty talented folks to have in the movie. The production values for most of the movie were actually pretty good despite the low budget.

While having some dang fine actors in the movie, the rest of the movie doesn’t quite prove worthy of the cast. Some of the characters, like the models and photographer, are barely one dimensional. These characters are really there just to die, and it couldn’t be more obvious if they were forced to wear those red shirts from the original Star Trek series. The main story also feels a little too familiar. It doesn’t really do anything particularly new with the genre and will give you a chronic feeling of “Been there, done that” throughout its run time. It’s a predictable affair that won’t have too many surprises for you.

The bear itself is also quite laughable. In most of the scenes it’s in, it looks rather hokey. Whenever it showed up on the screen, I usually found myself rolling my eyes or giggling at it. While most the special effects were serviceable in the rest of the movie, it’s sad that the same can’t be said for the killer polar bear. It was about as scary as a guy in a rubber suit from a Japanese kaiju movie. 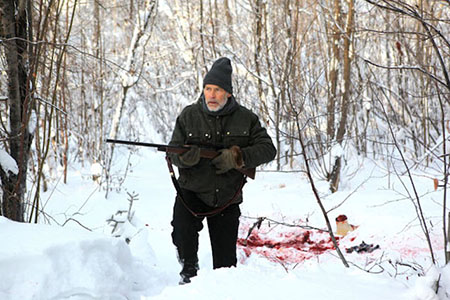 It would have been nice to have a clear cut main character to focus on. It seemed James Remar’s Martin Nakos was going to fill that role until he disappears for a while in the middle. Without him there, there’s no one particular character to care about. We’re not given reason to care about the models, and their photographer is a complete jerk. Sherilyn Fenn’s character is one of the scientists responsible for the making the bear a killing machine, and her motives are never quite clear when she’s with the other characters. You’re never sure if she’s meant to be a heroic character or one of the villains. It also doesn’t help that all the characters throw common sense out the window and make particularly stupid decisions.

This movie may have been inspired by flicks like “Grizzly”, but it lacks the charm of some of those nature runs amok tales of yore. It lacks a clear lead character, and it also lacks anyone capable of making intelligent decisions. It’s sad to see some talented actors wasted in this film. It’s not horrible, but it’s not worth checking out either.