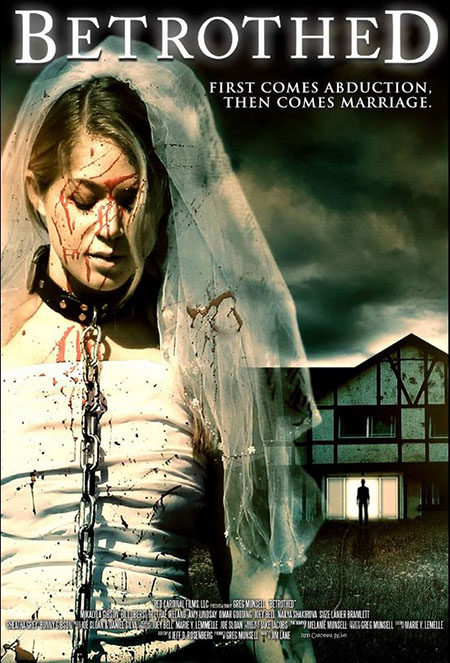 A trip to the store turns into a surreal nightmare when a college student is kidnapped by a deranged, dysfunctional family. Now Audra West finds herself trapped in the middle of the desert, and betrothed to Adam, the youngest son of the murderous clan. As a determined detective conducts a frantic search, Audra realizes the only way to survive is to escape. But even if she could get away, almost two hundred miles of desert lies between her and help.

Betrothed is a low budget backwoods nightmare.  The Cooper family wants to find a girl for Adam (Jamie B. Cline) to marry in a bloody, twisted ceremony.  The first girl Adam and his brother Nate (Adam Dunnells) kidnap is unacceptable to their mother, so they have to kill her. Then they see Audra (Mikayla Gibson) shopping at the local market, and decide she’s perfect.  Adam and Nate kidnap Audra and take her home to mom, who agrees that she’s “purty” and should marry Adam. 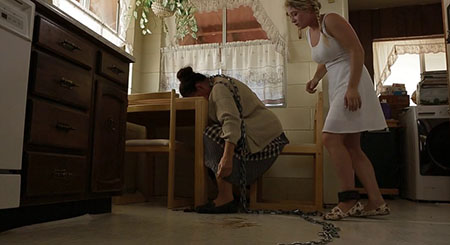 The acting is decent, and the cinematography is very reminiscent of the grindhouse classics.  The plot is somewhat unoriginal, because I get the vague feeling that I’ve been down this road of generic hillbilly exploitation before. I do think that the leader of the clan, Ginnie Cooper (Bunny Gibson), did a great job as the Bible thumping, no cursing allowed, strict mother, who watches over the kidnapped girls. Emily (Nailya Shakirova) is married to Nate, who beats her, and Ginnie calls her “Mouse”.  While their mother is telling the girls to keep their bodies covered and watch their language, Adam and Nate are making lewd comments and talking about all the dirty things they want to do to them.  This kind of redneck torture porn certainly isn’t anything new, and some of the scenes of the girls being raped and beaten are a bit hard to watch. There is a lot of exploitation of women in this film, along with an excessive amount of scenes of torture and gore that are really drawn out to the point that it’s almost boring. 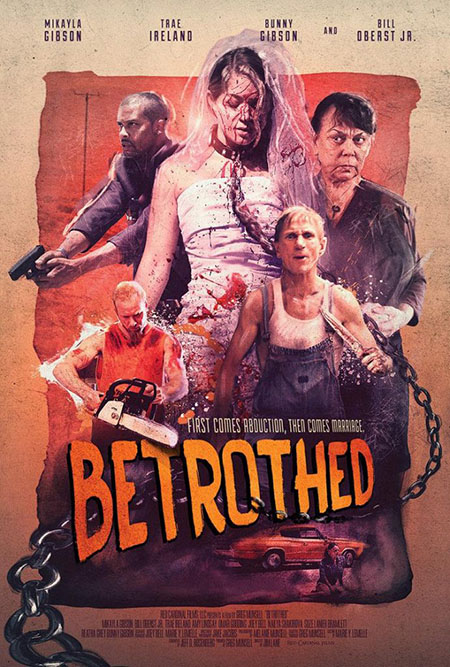 Audra’s mother has contacted the police and Detective Rob Gordon (Trae Ireland) is looking for her, with the help of Jake (Steven Vance), a local. In a borderline comical scene, Audra manages to knock out and tie up Ginnie and attempts to escape.  Audra finds Ethan (Joey Bell) being held hostage in the attic and frees him and the two of them fight off Ginnie, who has untied herself.  Detective Gordon arrives at the house and discovers random butchered dead people and scattered body parts.  Audra and Ethan drive off in one of the family’s trucks, while Detective Gordon handcuffs Jake and questions him. Adam and Nate are driving down the road and see the truck and are ambushed by Audra and Ethan. 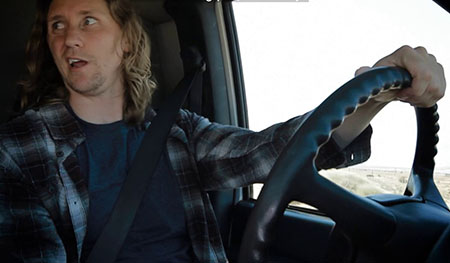 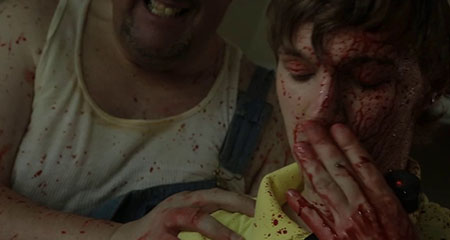 I was excited to see Suze Lanier-Bramlett and Bill Oberst Jr. in small roles as part of the crazy Cooper clan. I happen to know both of them, and not only are they horror icons and great actors, they are both wonderful people. Bill Oberst Jr. has the ability to play a small part in a film and almost steal the whole thing. He’s just that good, and he’s terrifying in the short time you see him in this movie.

Detective Gordon saves Audra and Ethan and takes them to the hospital, where he tells them he still hasn’t found the Cooper family. Since Ethan is a minor and no one really knows who he is, Child Protective Services tries to take him, but Ethan tells CPS he is actually 18 years old. Audra and her mother agree to take Ethan home with them and CPS agrees. 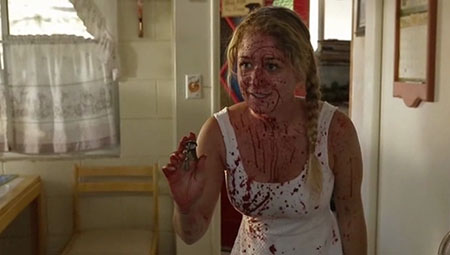 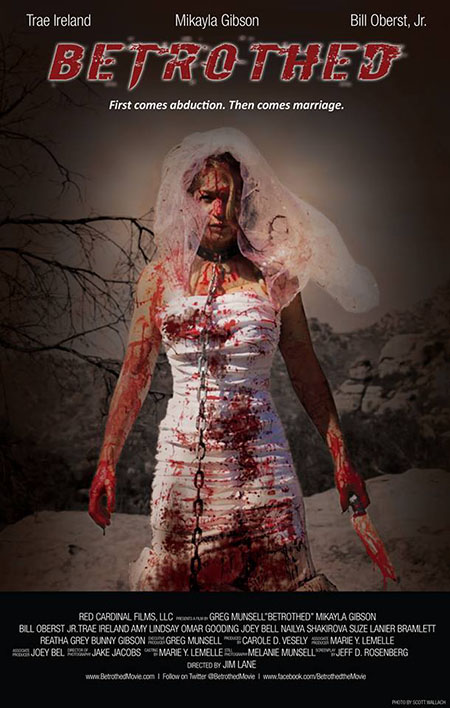