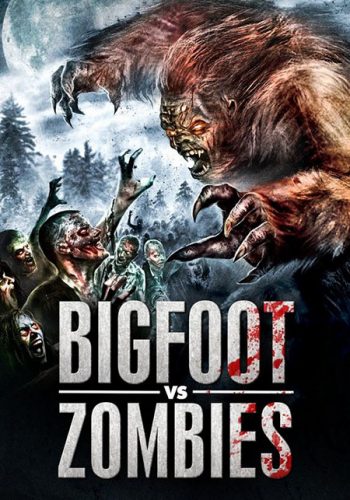 A scientist creates a toxic cocktail that is accidentally unleashed into the local population and a nearby police “body farm” – creating a small army of flesh-eating zombies – and only one creature of legend, a killer in his own right, can stop the growing hordes of the undead and save humanity.

Bigfoot Vs. Zombies takes place at a body farm. A body farm is a place where cadavers are placed outside in various conditions and then studied by forensic professionals for rate of decomposition in order to help solve crimes. Dr. Peele (Jeff Kirkendall) runs the body farm and is doing his own experiments on the cadavers by injecting them with chemicals, which turns them into zombies. I have to say that this is the lowest budget film I have ever seen. The camera work is somewhat shaky and blurry at times, but one positive is that the editing is very professional. 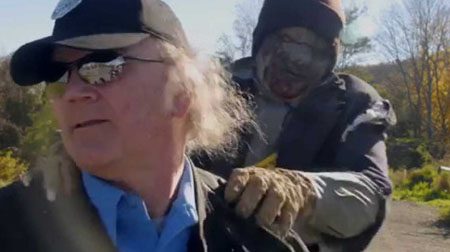 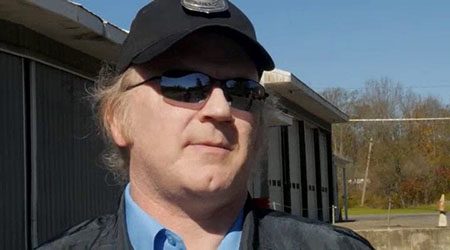 While cadavers are being delivered to the body farm and then turning into zombies, Bigfoot is running amok in the woods. None of the characters are likeable, with the exception of Duke Larson (Ken Van Sant), who is running around like a dime store Dog The Bounty Hunter, in camouflage and a head band, and Renee (Danielle Donahue), who works at the body farm. At least Duke brings some comedy to this film. Most of the acting is flat and the zombie special effects makeup looks like something that was bought on sale at a Halloween store. I think someone had a thing for really bad wigs, because there are several worn by zombies and even Bigfoot himself. 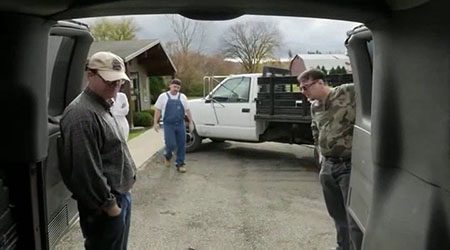 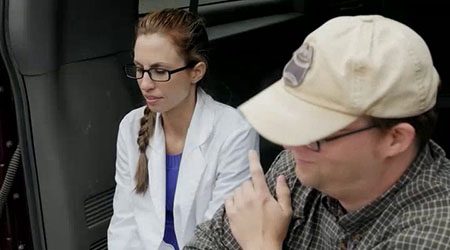 Dr. Peele and other employees of the body farm spend a lot of time standing around talking. Once everyone figures out that Dr. Peele has been experimenting on the cadavers, they all question his motives and realize they have to work together to defeat the zombies. The story doesn’t really flow at all and kind of just jumps around from one scene of everyone talking, to another scene of zombies doing really bad zombie stuff. Duke decides to chase the zombies and try and kill them, until the zombies get smart and pour gasoline on his jeep and set it on fire with a cheap editing graphic reminiscent of Mighty Morphin Power Rangers. 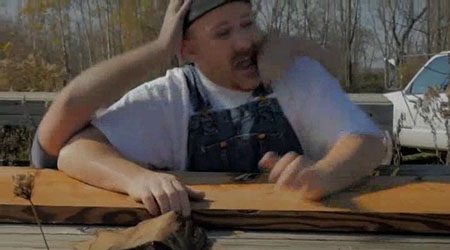 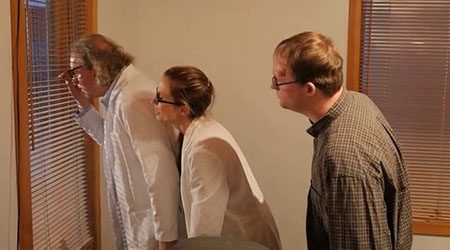 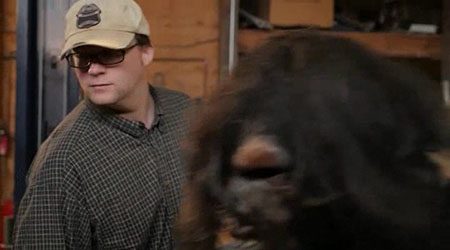 The employees of the body farm meet up with Bigfoot and befriend him, after he attempts to kill the zombies and fails. In fact, it actually looks like Bigfoot’s costume ripped and Renee bandages him up.  Bigfoot has been bitten by a zombie. That doesn’t look good for everyone, but suddenly Bigfoot gets a second wind and starts fighting the zombies again. Ridiculous doesn’t even begin to describe this movie and it’s hard to figure out what the point of the whole thing really is. Dr. Peele is fighting with Renee, until he is attacked by a zombie. Renee and Ed (Dave Fife) have made friends during this whole mess and want to help Bigfoot.

They escape from the zombies and in the process of trying to leave, they run into more zombies and another zombie vs. Bigfoot fight ensues.  There were so many scenes of zombies standing around that I was expecting a flash mob of Michael Jackson’s “Thriller” to happen at any moment.  Nothing really seems to happen in the fights between Bigfoot and the zombies. Bigfoot smacks a zombie and a zombie smacks him and then everyone leaves, until it’s time to do it all over again. 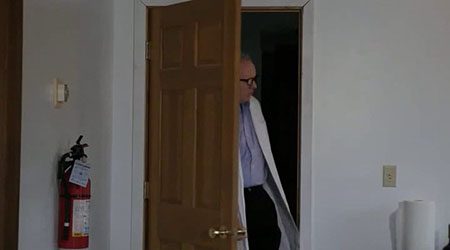 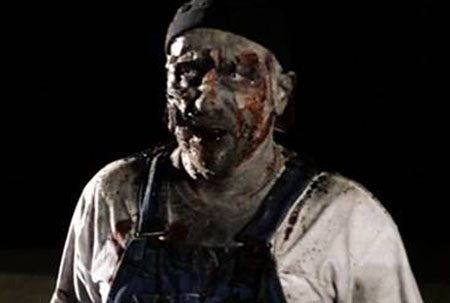 Bigfoot seems to be depressed towards the end of the film and wanders off by himself. It’s not clear whether or not he turns into a zombie, or he just wants to be alone in the woods. A hunter is in the woods nearby and Bigfoot starts making roaring sounds. Renee and Ed went off together into the sunset. This film ended like some kind of weird love story.  Obviously this movie wasn’t meant to be taken seriously.  I really wanted to give the film makers one skull for effort, but I can’t.