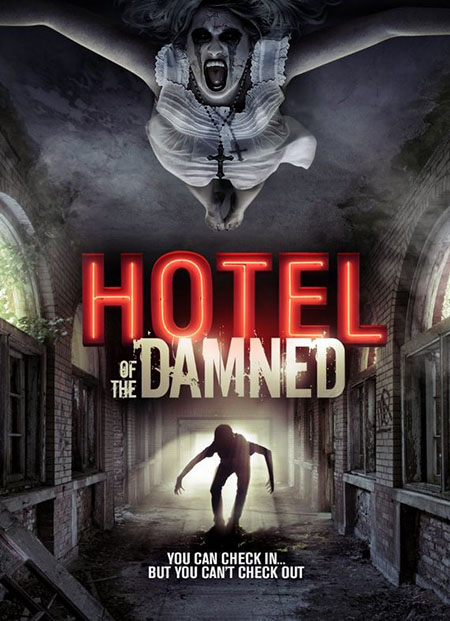 Nicky just got out of prison after doing some hard time; thankfully, Jimmy, his buddy from way back, is there to pick him up and help Nicky find his wayward daughter. Once found, though, things begin to really fall apart when they all check in to the Hotel of the Damned, because that’s one hotel you can check in to, but you can’t check out.

Acting machine, Louis Mandylor, and thespian stalwart, Peter Dobson, star as Nicky and Jimmy, two Italian goombahs, in this cannibal horror film shot in Romania, of all places. The supporting cast members are Manuela Harabor as Maria, Nicky’s angry ex; Roxana Luca as Eliza, Nicky’s angry daughter; Bogdan Marhodin as Bogdan, Eliza’s ne’er-do-well boyfriend; and numerous shadowed actors as expeditious cannibals on the rampage and looking for a warming bedtime snack. The film is set deep in the Carpathian Mountains (how appropriate), but for those of you expecting horse-drawn carriages and flowing capes, you’ll be disappointed, because the time period is the present and, once the action really starts, the monster hunting takes place predominantly in an abandoned hotel, though not one as well kept as the Overlook.

The film begins with Nicky, a stereotypical Italian-American criminal right out of any number of Martin Scorsese movies, as he’s just being sprung from the pin after serving several years in a Romanian prison for some crime that’s never really specified but only hinted at after he and his pal, Jimmy, who picks him up at the prison gates, do a little grunting and half-baked musing; Jimmy then promptly sets Nicky back on the crooked and wide open path by casually suggesting they collect on a debt; flash to Jimmy and Nicky ruffing up and stealing a load of cash from an equivalent low-rent Romanian criminal right out of any number of European gangster movies.

Once this bit of character set-up is done, the story moves on to Nicky and Jimmy trying to track down Nicky’s daughter, Eliza, and her scuzzy boyfriend, Bogdan; once found, they all set off on a trip that’s abruptly brought to a halt by a car accident that leaves them stranded at a decomposing hotel, fighting for their lives as a pack of cannibals hunts them down. 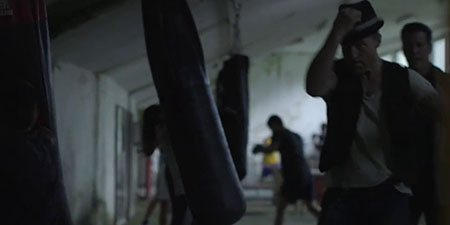 First time feature length director, Bobby Barbacioru, takes the reins competently and holds them steady throughout this limited production. His earlier, lower-level experiences in filmmaking serve him well here; attained skills and competency through observations he made while functioning as transportation coordinator in the Romania version of the industry are honed and put to the test with satisfactory results.

He’s taken a slightly disjointed script by Luca Bercovici and Paul Petcu and maintained a certain level of coherence; what seems a bit whacky, with two New York thugs taking center stage in the Carpathian Mountains, Barbacioru makes feel believable and fresh. Not completely relying on the wheezy Last Girl scenario, or a list of characters barely out of milk-fed adolescence, the story comes off a bit tougher and a little better balanced that most takes on the subject.

Andrei Baltaretu’s cinematography is a real pleasure to see; he’s at a competency level here that far outstrips the spent plot he’s given to work with. Driving the imagery is an intensely hued color saturation that fills the first act plot elements with a sultry and dangerous realism and sharp-edged heat; once into the second act elements, the color correction shifts to a dewy contralto blue, signaling the cinematic transition into a world of oblique shadows and frigid desperation. The night is closing in, becoming deeper and more menacing; the once grand hotel, now a mere shell of its former self, is a darkened Hell, laced with monsters and mayhem. Baltaretu captures this sooty nightmare beautifully with vibrant skill, digging deep into the psyche of the environment like a good cinematography should. 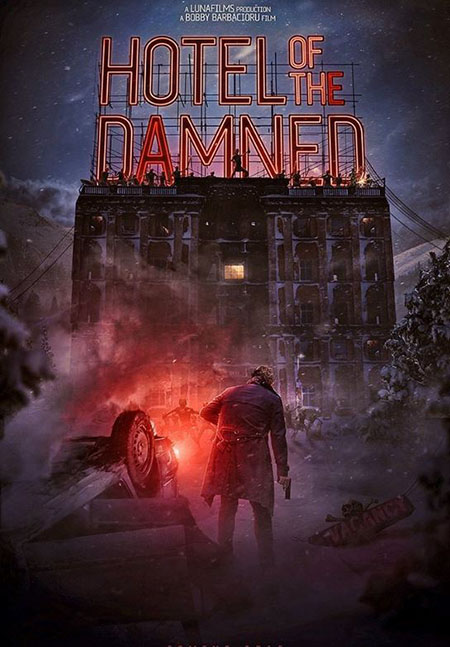 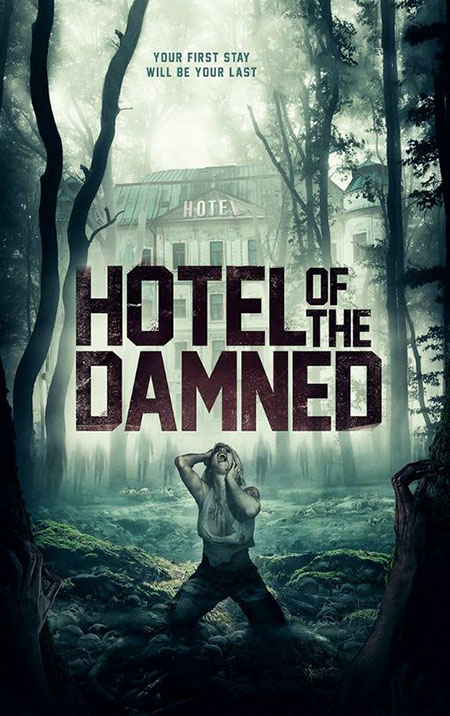 With the highly skilled acting craftsmanship of Mandylor and Dobson, and slightly lesser efforts put in by the Romanian cast, including the cannibals who had to do very little beyond be menacing in the shadows and give the appearance of being inbred, combined with Barbacioru’s finely honed abilities as director, Baltaretu’s sensual cinematography, and Andrew Spence’s velvety score, we have a winner if not a masterpiece. Check it out if you’re in the mood for a little gut-munching pandemonium sans zombies.