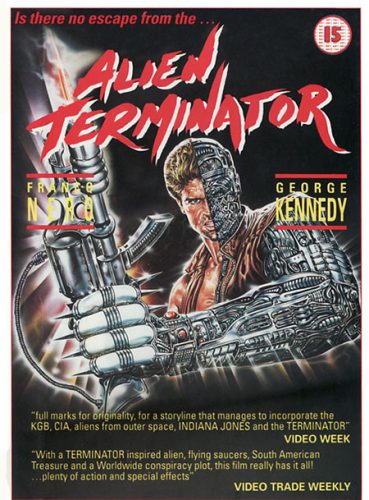 An alcoholic journalist in Colombia stumbles on to a crashed UFO hidden deep in a remote cave. When he attempts to publish his discovery, he becomes the target of escaped Nazis, the CIA, the KGB and a murderous alien robot.

The Italian film industry is renowned for its history of boom and bust periods. It spent the initial post war years creating brilliant works of cinematic art, but that didn’t pay the rent at Cinecittà Studios. Then, inspired by the success of 1958’s Hercules, Italy cranked out legions of nearly identical movies. The “Sword and Sandal” craze died down in the mid-sixties but fortunately Spaghetti Westerns rode into town and got the industry blazing once again. Six guns fell out of fashion in the seventies, but Italians prospered by producing waves of violent horror films and Giallo thrillers. 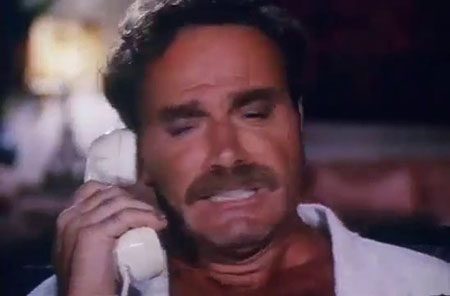 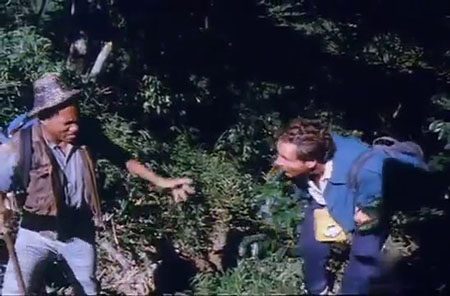 Then came the eighties and everything turned to crap. Government incentives diminished while reliable genres dried up at the box office forcing budgets and production schedules into a downward spiral. Popular directors like Enzo Castellari sank from action spectacles like Inglorious Bastards (1978) to micro budget fodder like 1990: The Bronx Warriors (1982). Talented filmmakers and once bankable stars set up business offshore, cobbling together low budget films through wobbly international co-production deals.

And from that darkness sprang 1988’s Alien Terminator, a film as dire as the financial crisis that spawned it. Italian commercial cinema had always been derivative but Alien Terminator (AKA Top Line) took it to new heights by literally cramming every sub genre and box office trend of the late ’80s into one heaping mess. Watching it you can almost hear the producers chatting up foreign buyers. “You need a Romancing the Stone type treasure hunting film … well, this is it. What, you say you need a Terminator science fiction kind of movie? Well, it’s that too. Wait, you say you loved Cocoon? So did I, that’s why I made this movie just like Cocoon!” Alien Terminator tries to be a banquet of popular trends, but ultimately it’s a meal that is neither fish nor fowl. 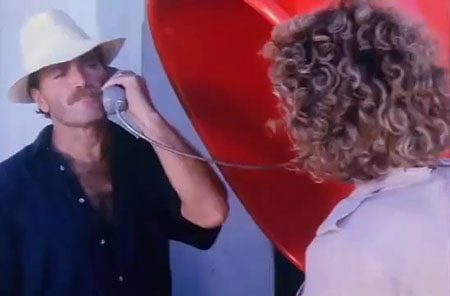 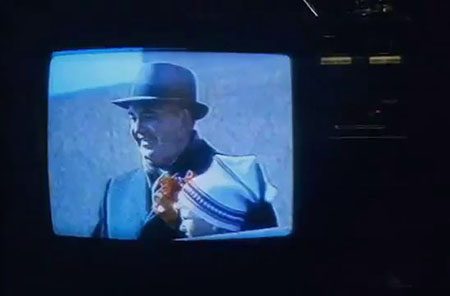 Alien Terminator’s leading man Franco Nero initially rose to fame as the title character in Django (1966) and went on to star in over seventy European films spanning every genre. But by the late eighties he too was feeling the financial pinch. He reteamed with director Nello Rossati who’d helmed his 1986 comeback Western Django Strikes Again. And that’s how Franco Nero wound up in South America playing Ted Angelo, a down on his luck, hard drinking writer stuck in Cartagena, Columbia.

A local girl brings Ted a 16th century artifact to examine. Taking a break from his daily routine of drunken self-pity, he realizes its value and asks to meet the source. She leads him to her boyfriend’s cache of similar antiquities, which Ted then attempts to sell through a local expert. The fact that his potential buyer is an escaped Nazi concentration camp commandant (George Kennedy) doesn’t faze Ted in the least. Wait … isn’t Ted supposed to be a journalist looking for a story? So therefore wouldn’t catching an escaped Nazi be… I don’t know… a story? 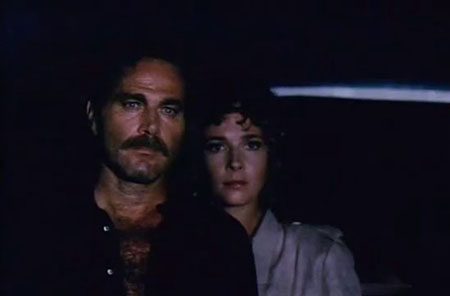 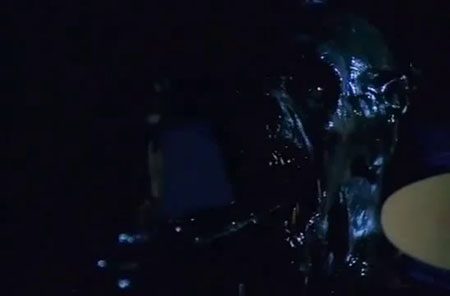 Anyway, people around Ted start dying and he eventually figures out that the escaped Nazi is the culprit. The Nazi chases him through a cactus field leading to a shootout where Ted outwits his Aryan opponent. But escaped Nazis are just the first stage of this movie, and once George Kennedy is dead the Nazis are never mentioned again.

The boyfriend leads Ted to the remote cave where he found the artifacts. They discover that the cave holds a nearly intact sixteenth century Spanish galleon. But wait, the cave itself is a crashed UFO! Ted sees an opportunity to make a fortune from the UFO story as well as looting some gold. Foolishly, he shoots his mouth off to the wrong people.

From that point a parade of evil government agencies pursues Ted and his new ladylove played by Deborah Moore, who happens to be Roger Moore’s daughter. There are long stretches of this movie where you sit back, waiting for the next unrelated evildoer to queue up, be it the CIA, the KGB or that darned killer robot.

True to the title, there is an Alien Terminator but you have to wait over an hour for him to appear. I actually dozed off only to wake up in the midst of the robot’s rampage wondering if this was the same movie. Being a dedicated professional I rewound and discovered that the lead up to the robot made even less sense when I was awake. The title terminator simply drives up with no fanfare and starts trying to murder our heroes. Fortunately, this wonder weapon created by an advanced alien race runs slower than our heroine in high heels, has no thermal or infrared vision and drops every firearm it gets its mechanical hands on—Arnold he ain’t. 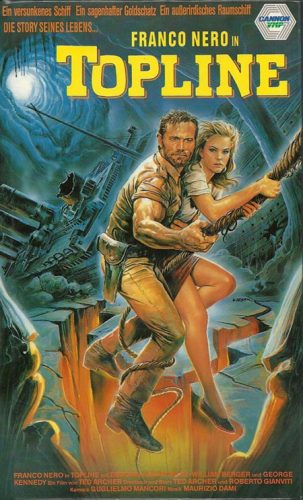 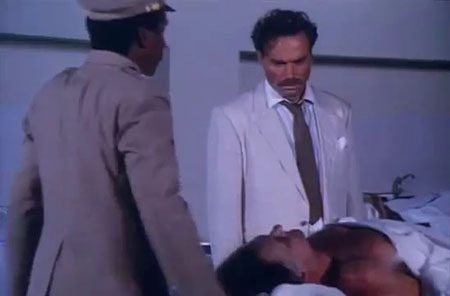 We discover the terminator’s extraterrestrial origin because Ted blurts it out during a chaotic monologue mashing together every paranoiac alien myth possible. Seriously, Oliver Stone on Adderall couldn’t cram more conspiracy theories into ninety minutes. Following this movie’s train (wreck) of thought can give you a serious headache, which isn’t helped by Nero’s Italian accent being degraded by poorly recorded sound.

Is there anything good about Alien Terminator? The Cartagena scenery is probably pretty but all the video copies are so washed out that even the lush rainforest looks like Phoenix, Arizona at high noon. So the answer is no, there’s no reason to endure this film unless you’re jamming through it in fast forward to see the robot’s Silly Putty face melt, which is kind of entertaining. 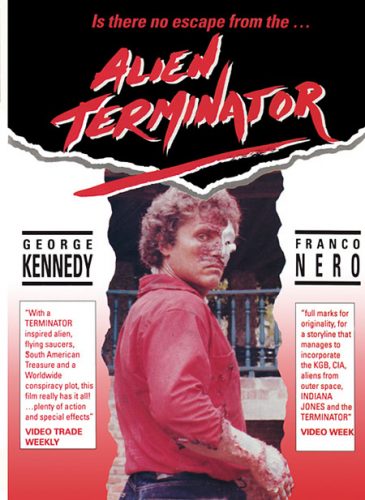 As an alternative I recommend surfing the Internet and finding the most Bat Guano crazy alien conspiracy site you can and then read it aloud to your cat. Cats love listening to their owner’s voice, so at least one of you will have a good time.