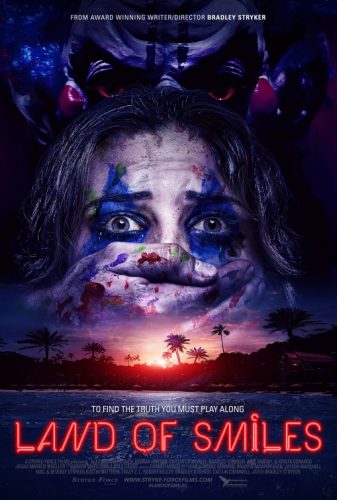 A Young Backpacker is lured through the third world paradise of Thailand searching for her kidnapped best friend and unknowingly she becomes the object of a sociopath’s obsession.

Bradley Stryker is an Actor/Filmmaker who has been successful as an actor in shows like iZombie, The Lizzie Bordon Chronicles, and Supernatural. Land of Smiles is his directorial debut for a feature length film.

I liked the concept for this movie and was curious to see how the filmmakers would execute it, especially since it was shot in found footage fashion. Abby (Alexandra Turshen) and Penny (Krista Donargo) are best friends and college classmates.  Penny invites Abby to go to Thailand with her, but Abby says no, because she wants to spend time with her boyfriend, and the two girls end up having a fight.  When Abby catches her boyfriend cheating on her, she decides to go to Thailand alone and meet up with Penny. But once Abby arrives in Thailand, she has a hard time getting in touch with Penny, since their only form of communication is through internet cafes.  Abby makes friends with fellow travelers Jewel (Caitlin Stryker), aspiring filmmaker Ben (Keenan Henson), and off and on traveling mate, Australian Dale (Bradley Stryker). 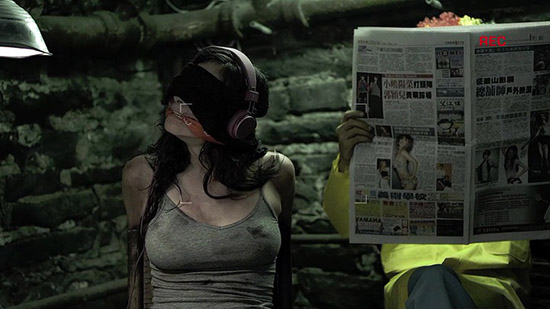 Ben and Jewel convince Abby to go with them on a trip to an isolated beach, the one from the film The Beach, and Abby agrees, but plans to email Penny and make plans to meet. Since the film was actually shot in Thailand, I thought the filmmakers missed a great opportunity to incorporate the lavish scenery into the film, and the cinematography wasn’t very memorable.  Abby goes to an internet café expecting an email from Penny about them meeting up, and instead she receives a video showing that Penny has been kidnapped by someone wearing a creepy clown mask.  The kidnapper threatens to kill Penny if Abby doesn’t go out and have fun. Abby tells Ben and Jewel about the video, and Ben tries to convince her that it’s a prank meant to force her into enjoying life more and that Penny is fine. Abby isn’t easily persuaded that Penny is okay, but she still agrees to go out drinking with her new friends. After a night of partying, Abby goes to the internet café again and receives another video showing Penny tied up and being threatened with a knife. The kidnappers threaten to kill Penny if Abby calls the police or tells anyone else about the videos. 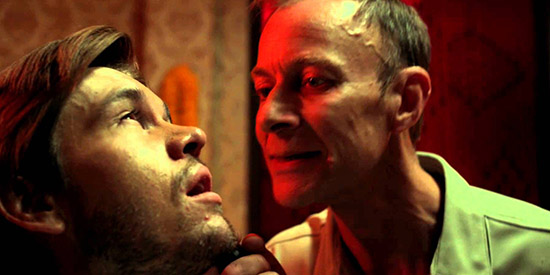 Ben is working on a film and has been filming throughout the trip, but it’s obvious that someone else is filming Abby and everything she does. Abby begins receiving mysterious notes from the kidnappers with instructions to go to certain places and do things like drink, drink, and drink some more.  I kept wondering how everyone in this film didn’t have a massive hangover. As Abby grew more hysterical, her character was believable and very well done. The trio follows the orders of the kidnappers, occasionally being joined by Dale, who doesn’t know about Penny’s kidnapping. They go to several bars and parties and there is lots of glow in the dark paint thrown around, both in the videos Abby receives and her surroundings. 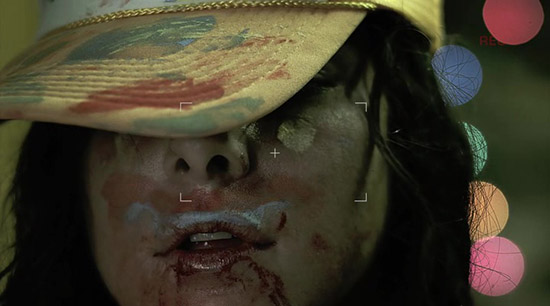 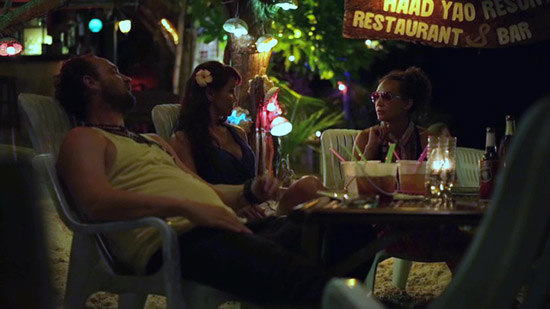 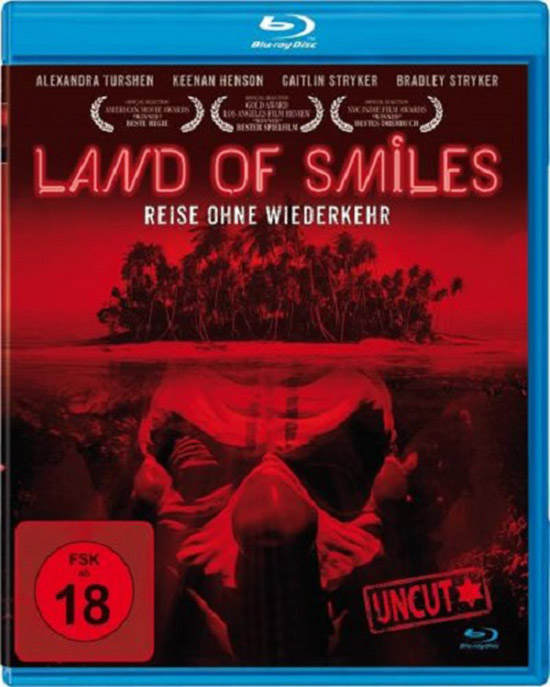 There are several flashbacks that make the plot hard to follow at times, but I ignored the plot holes, because, even though I was getting tired of the repetitive party scenes, I wanted to know who kidnapped Penny. The seemingly endless cycle of Abby receiving notes, followed by nights of partying continued. Ben has been editing secret video that Abby and Jewel don’t know about, possibly making him a suspect in Penny’s kidnapping. Once the group takes the kidnappers seriously, they follow every instruction they receive, except they tell someone they weren’t supposed to tell about the kidnapping.

When the kidnappers and their final plan were revealed, it was a huge letdown. I felt like this movie started going in one direction, with a good story and a pretty solid cast, but ended up crashing and burning before it got to it’s destination.