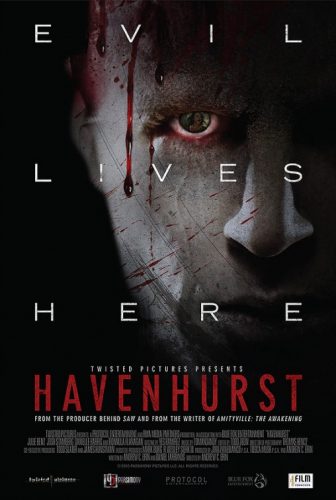 A recovering alcoholic who lost her daughter as a result of her own negligence is released from a drug rehab and finds more than she had hoped for after searching for a missing friend.

Danielle Harris fans who are excited by the prospect of seeing her in Andrew C. Erin’s new film Havenhurst should be warned that she only appears in the first four minutes. Ms. Harris does an ample job of illustrating why she is a modern day Scream Queen as she convincingly makes her way to a premature, off-screen demise. Her unfortunate exit signals Julie Benz’s entrance as Jackie, a recovering alcoholic who has just completed sobriety treatment at a facility and is in search of her friend Danielle (Harris) whom she hasn’t heard from in some time.

She makes her way to Havenhurst, a sort of half-way house for folks who have fallen off the wagon and, like all the tenants (including her now-deceased friend – coincidence?), are granted free room and board provided they stay on the wagon. The landlord Eleanor, played by the phenomenal Fionnula Flanagan of The Others (2001) and Showtime’s brilliant but short-lived Brotherhood (2006 – 2008), is stern however fair in her monologue concerning the fate of those tenants who suffer a relapse, but tries her best to convince Jackie that she has the tenants’ best interests at heart. Yeah, right. Fer shure! 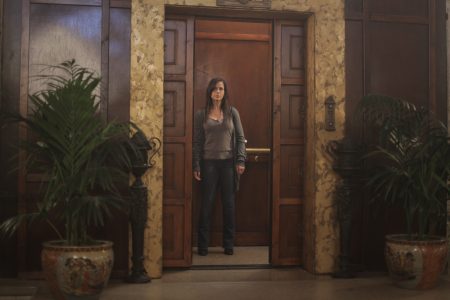 Mrs. Benz, who is usually blond, is almost unrecognizable with jet black hair and possesses the same confidence that Jack Torrance had when he informed Mr. Ullman that he wouldn’t succumb to cabin fever in The Shining (1980). She got her start in movies opposite Harvey Keitel in Dario Argento’s The Black Cat, the second story in 1990’s Two Evil Eyes, when she was seventeen and has amassed a sizeable filmography in nearly 30 years. Here she sneaks through the hallways of a building that clearly calls to mind the Dakota Apartments from Roman Polanski’s Rosemary’s Baby (1968), looking for anything that will lead her to a better understanding of what happened to Danielle. 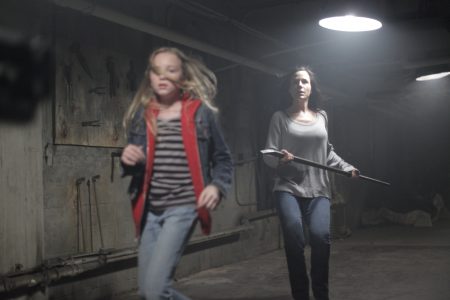 During her search, she encounters some of the other tenants such as a prostitute as well as a battered woman whose significant other terrorizes her 15 year-old daughter Sarah (Belle Shouse). This situation provides the necessary impetus for the now-childless Jackie to protect the young girl. While her attempts are admirable, she doesn’t exactly succeed.

Much of the film’s action occurs in the moody hallways which, given the enormous size of the joint, are curiously vacant. For a building that houses as many people as it boasts, one wonders where they all are. Dead, probably! 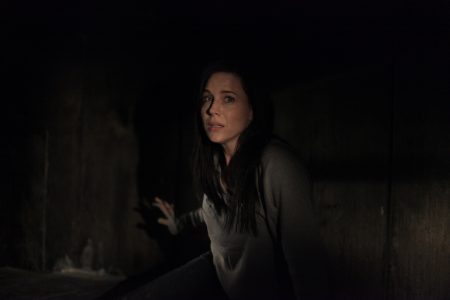 Shades of Jim Makichuk’s moody Canadian thriller Ghostkeeper (1981) are also on display here. Eleanor runs the place with her two sons, one who is mild-mannered and the other who is a bald-headed and shirtless lunatic who dons what can only be described as garb befitting of a Mad Max extra who brandishes a Travis Bickle powertool-attached-to-the-arm-for-nefarious-purposes while putting the ladies through the ringer with supernatural powers that bend space and time. 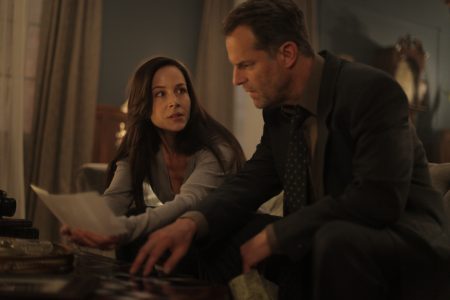 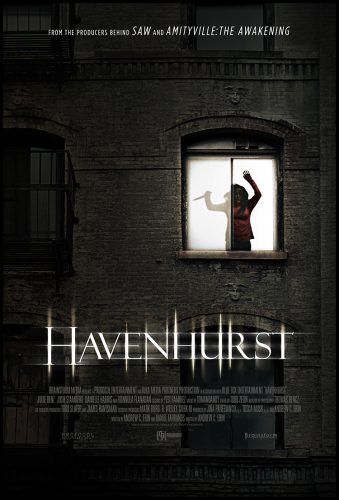 The film would have benefited from a style of restraint, the sort that we have seen in Peter Medak’s The Changeling (1980) and the aforementioned The Others, rather than resorting to an overly frenetic climax. That being said, Havenhurst is a decent outing that horror fans should enjoy. It can now be seen on Video-on-Demand (VOD). Makes a cool double feature with Frank Lin’s creepy Home (2016).