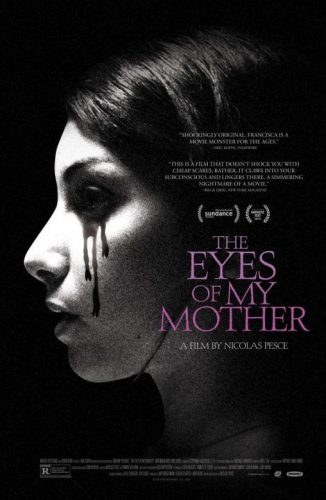 Francisca (Kika Magalhaes) has been unfazed by death from an early age because her mother, formerly a surgeon in Portugal, imbued her with a thorough understanding of the human anatomy. When tragedy shatters her family’s idyllic life in the countryside, her deep trauma gradually awakens some unique curiosities. As she grows up, her desire to connect with the world around her takes a distinctly dark form.

When I hear a film be labeled an “art house” movie, I become very cautious. My experience has been that a few of these flicks are genuinely interesting, taking the time to give a heartfelt exploration of themes important to the director. Sadly, most end up being directors showing off how much of an artist he or she thinks they are. 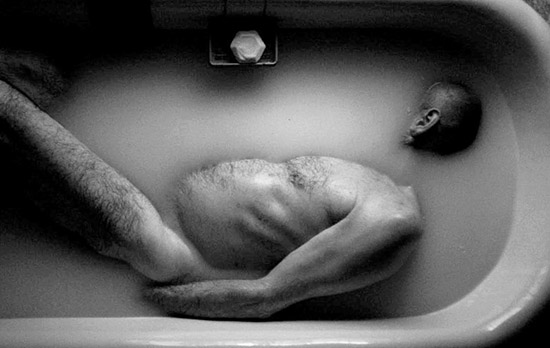 These movies usually end up being painful to watch, and the directors tend to start berating audiences for not liking their films. Usually, those people say the audiences are too stupid to understand their artistic expression. You know, the same thing M. Night Shyamalan basically says whenever his movies are hated by just about everyone with a pulse. It can’t be that their movies suck (even though most of them do), but we just don’t have the intellectual capabilities to appreciate their genius (even though there is no genius to speak of).

Eyes of my Mother is an art house film (uh-oh) brought to us by writer and director Nicolas Pesce. It follow the story of Francisca, who was raised in the country by her parents. Her mother used to be a surgeon, and passed along a few of those skills to her daughter Francisca. Francisca’s father is a cold and aloof man who seems to have little interest in or time for his family. While she’s still a little girl, Francisca’s mother is murdered by a traveling salesman, leaving the girl with only her father for real companionship. The psychopath responsible for this tragedy the young girl keeps chained in the barn, having removed his eyes and cut his vocal cords. She cares for him because she sees him as her only friend.

Shortly after she reaches adulthood, Francisca’s father passes away. She is now alone in the world, and the movie follows what happens when she tries to find a way to cure her loneliness. Having almost no real social skills, the results tend to be tragic and violent.

Before I get into the negatives, I wanted to go over what really works for this movie. There is a haunting quality to this movie. The majority of the movie takes place on the farm that Francisca was raised on, and you almost never get to see beyond the confines of the property. This creates the illusion that the house is a separate world, far removed from the rest of humanity. This works to reflect Francisca herself. The way she was raised has put a huge chasm between here and everyone she meets. She has barely any social skills to speak of, making her incredibly awkward around people. It’s like watching an extra-terrestrial trying to make contact with a human being without knowing how. Francisca is a terribly isolated person, and keeping almost all of the action on the property really helps accentuate that aspect of her character.

It would also be easy to label Francisca a psychopath since she does horrible things. Yet, is that truly the case when she honestly doesn’t know any better? She has a habit of keeping people chained in her barn. She also removes their eyes and vocal cords. These people she sees as companions and friends, and the young woman really doesn’t seem to comprehend how horrific this is. Her parents failed to teach her the basics of social and ethical norms. Had her mother not died while Francisca was still young, she may have had a chance at some form of normalcy. Instead, she was left in the sole care of a father who seemed withdrawn and uninterested in her. The tragedy is that she never had a fair chance at life.

The real jewel of this film is actress Kika Magalhaes as the adult Francisca. Through her line delivery and body language she deftly portrays the social awkwardness that plagues Francisca. She also is able to convey a wide range of emotions with just the subtlest of changes in her facial expressions. It was a pure joy seeing someone put on a performance that puts a lot of A list Hollywood actors to shame. Kika Magalhaes is a true talent, and I hope her career takes off after this.

Remember how I mentioned how art house movies tend to fall into two camps? Well this movie falls into the second category. The first problem is the choice to film the movie in black and white. If you’re going to do that it today’s day and age, it should be because it fit’s the movie you’re making. It worked for the Sin City because Robert Rodriguez was trying to recreate the look of the original comic book. It worked for the The Artist because the filmmakers were covering the silent movie era. With The Eyes of my Mother, there doesn’t seem to be a real reason to do it other than the director was trying to be artistic. It doesn’t help the movie at all, and at times works against it. This movie would have been better served to have been shot in color, mainly because the right hues in the right scene can really help create an emotional impact. Considering this is a film aimed at making us have an emotional response, the black and white aesthetic just seems out of place. It only created a antiseptic, dispassionate feel that ultimately ruins the film. 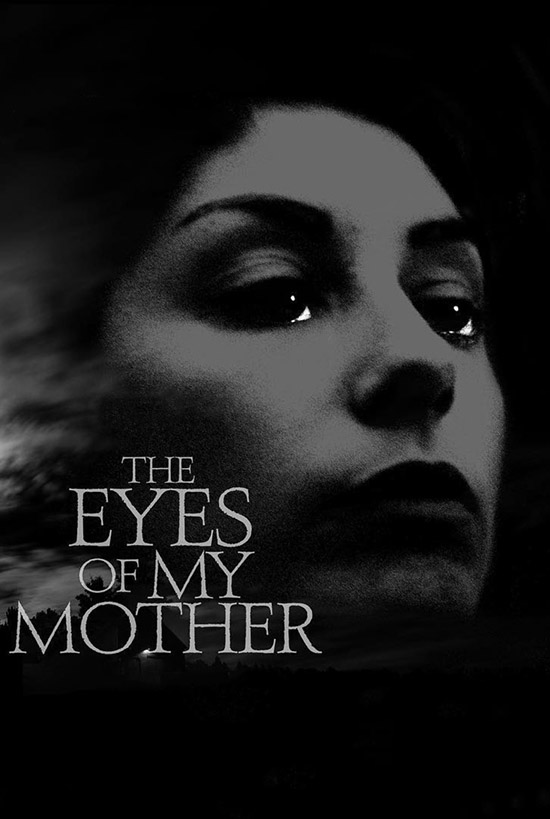 Pesce tends to stick to static shots for a lot of the film’s run time. The problem is that combined with choosing to film in black and white, this treats our main character more like a lab specimen we’re observing. This is a movie where we need to connect with Francisca and sympathize with her more. After all, the script acts like we’re meant to feel compassion and warmth for her, but Pesce’s choices only works to sabotage that. We never get to know what’s going on in her head, and the way Pesce shot the movie guarantees that we don’t get to have any connection to her. If Pesce had spent less time trying to show off what a great artist he thinks he is and chose to actually film the movie in a way that helps the narrative, this would have been a far better experience. Instead, Pesce’s pretentiousness only worked to harm the movie and undercut the hard work his lead actress put into her scenes. I don’t have a lot of faith in Nicolas Pesce right now. So far the image I have of him is someone who’ll smell his own farts and try to convince you they smell like roses. If he makes another movie, maybe he can prove me wrong.

While the movie had a lot of good things going for it, particularly the amazing Kika Magalhaes, the director trying to prove how great he thinks he is tanked this film. I have a low tolerance for movies trying to be artsy-fartsy, so I personally ended up hating this movie. However, if you don’t mind the pretension, you might like it better than I did.