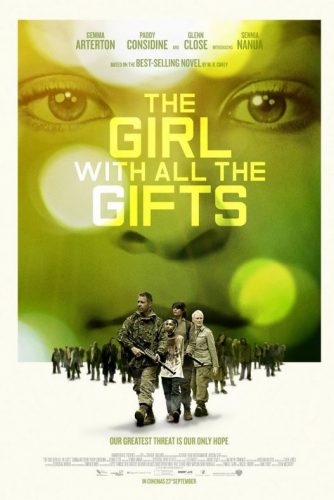 A scientist and a teacher living in a dystopian future embark on a journey of survival with a special young girl named Melanie.

I remember when the first Resident Evil game came out. I had just purchased a Playstation and already had played the hell out of Tomb Raider. The moment I started playing Resident Evil, I was transfixed. It made me realize how much I missed seeing some ultra gory zombie movies. There didn’t seem to be many movies in the ’90s that scratched that same itch the way that movies like Day of the Dead did. I had hoped that someone would start making those kinds of films again. Now some twenty odd years later, that wish had been more than fulfilled. As much as I love the zombie sub-genre, even I think that there’s been an over-saturation. You have T.V. shows and comic books everywhere about them, and it seems like there’s a new movie about the walking dead coming out every month. While there is no shortage of zombie oriented entertainment, it’s becoming harder to find something that adds anything new to the genre. 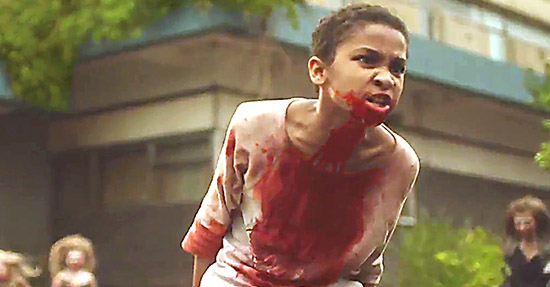 The Girl With All The Gifts, luckily, tries something different. A fungus has turned a huge number of people across the globe into mindless flesh eating zombie-like monsters. The uninfected survivors are desperate to find a cure for the epidemic, and their hopes lie with some children that have a natural immunity to the fungus. However, the kids are fairly dangerous and can turn temporarily feral if they smell anyone that’s uninfected. This means that the personnel on the military base that’s holding the children have to take extra precautions at all times, including wearing some kind of cream that blocks their scent. However, things hit a snag when the base is overrun by the infected. A small group of survivors escape and now has to rely on one of the kids to survive.
The “zombies” of the movie are similar to those found in 28 Days Later, where they’re not reanimated corpses but people that are infected with a disease. Nonetheless, they hold the same characteristics as zombies and some of the same features we’ve come to expect. They’re aggressive, cannibalistic, and able to transfer the disease through bites. When not chasing after a meal, the infected just shamble around aimlessly. While not said explicitly, it appears that the only sure way to take one down is a headshot. They’re basically zombies in all but name only. However, the source of the disease is at least a little different than what we’re used to, and a little more scientifically sound in concept. After all, scientists have discovered a fungus that can keep an insect’s body after the brain has died.

The movie moves along at a decent clip. While it’s not the most action packed movie you’ll see, it still stays interesting until the moment all hell breaks loose. We get to know the characters and their motivations and build some connection to some of them and care about their fates. There’s even a believable evolution of characters as the story progresses. It felt like each scene of the movie was given just the right amount of time it needed to make its point while keeping a solid pace. 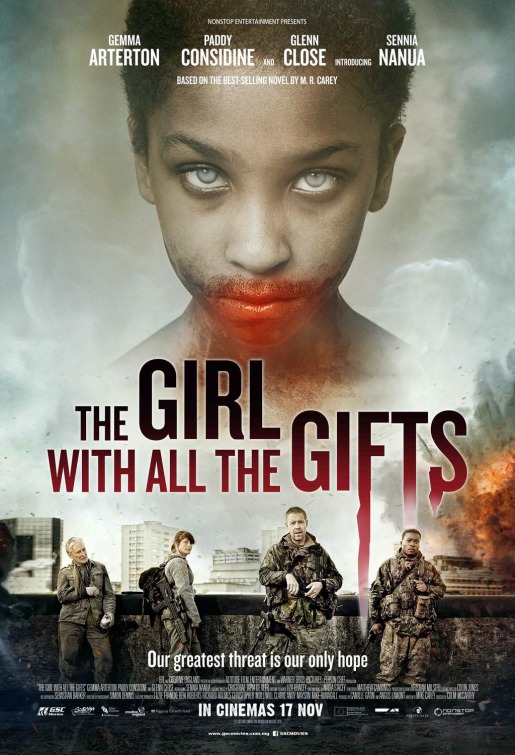 The acting was one of the strengths of the movie. In particular, Gemma Arterton, Paddy Considine, and Glenn Close each gave powerful, layered performances. While Glenn Close’s British accent seemed to slip in some scenes, each actor really nailed their roles. However, the real star here is Sennia Nenua as Melanie. She’s one of the infected children, and the story is told mainly from her point of view. Bright, inquisitive, and loving, she’s a girl that yearns for the loving relationships she has been denied her entire life. After the base is overrun, she ends up seeing the outside world for the first time. Nenua is able to portray Melanie’s loneliness, compassion, wonder, and inner-strength. A lot of the film rests on her shoulders, and she carried here scenes like a seasoned pro. For someone so young, she has a lot of talent. As long as she avoids the same pitfalls that have befallen other child actors, she has a very promising career in front of her. 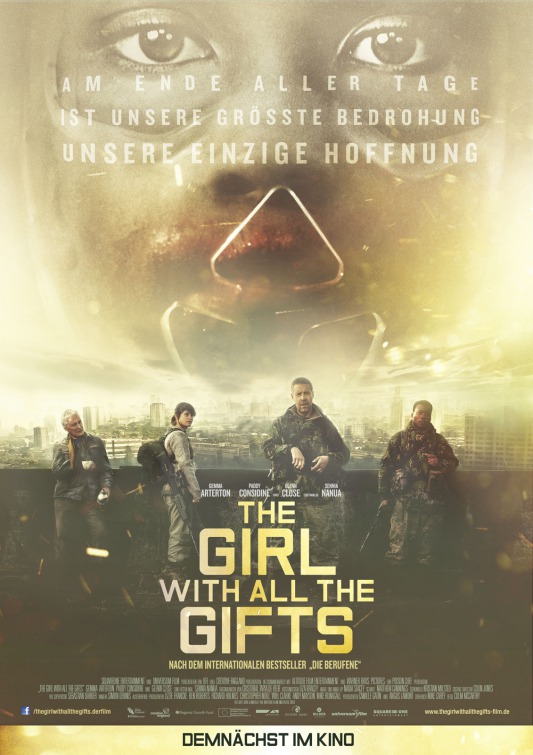 There’s not much to complain about here. While the “zombies” are overly familiar to anyone who’s seen a zombie movie, the story, acting, and pacing makes this a very enjoyable watch. I definitely give this movie a recommendation, especially if you want to see a zombie flick that attempts to add something new.
Share