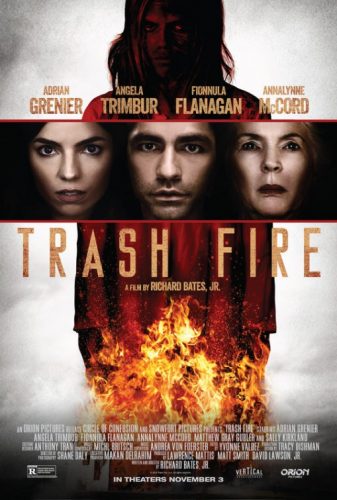 When Owen is forced to confront the past he’s been running from his whole adult life, he and his girlfriend, Isabel, become entangled in a horrifying web of lies, deceit and murder.

Trash Fire is Writer/Director Richard Bates Jr.’s third film. Probably the most notable thing about Bates’ work is his brilliant use of incredibly dark humor. His first film, Excision, was probably the darkest of his films, while his second film Suburban Gothic, relied more on comedy than horror. In each of his films, Bates managed to assemble an outstanding cast, and Trash Fire is no exception, and has probably the most solid cast of all of his films. Some people will question if Trash Fire should even be labeled as a horror film. I think the answer is, absolutely yes. This is a film about the horror of humanity, which in my opinion, is often more terrifying than in your face blood and gore. 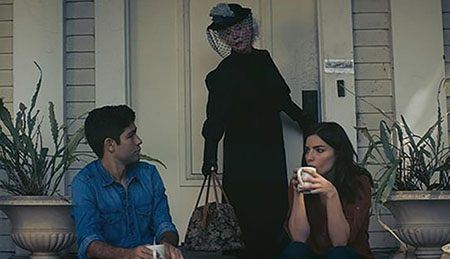 Trash Fire almost feels like two films in one. The first part of the film focuses on the relationship gone wrong between Owen (Adrian Grenier) and his girlfriend Isabel (Angela Trimbur), while the second part turns into something much more disturbing. Their relationship probably should have been over a long time ago, and you find yourself wondering why they are still together.  Owen is an absolute jerk.

There is basically nothing likeable about him. He is in therapy, and even his therapist Florence (Sally Kirkland), seems tired of him, falling asleep during their sessions. Owen drinks too much, doesn’t care about his friends, is bulimic, and has seizures. The film opens with Owen saying, “For as long as I can remember, I’ve been waiting for my parents to die, so I could commit suicide without feeling an overwhelming sense of guilt.” You could blame Owen’s problems on the fact that his parents died in a fire that left his sister horribly disfigured, when he was a teenager.

He was drunk the night of the fire and feels responsible for what happened.  Owen’s opening line definitely demands your attention and Bates had his actors talk directly to the camera several times during the film, which I thought was really effective. Just when Owen and Isabel are on the verge of breaking up, Isabel announces that she is pregnant.

Owen’s immediate reaction is quite callous, but he later changes his mind and begs Isabel to have the baby and give him another chance. Isabel forces Owen to agree to try and mend his relationship with what family he has left, his grandmother Violet (Fionnula Flanagan) and his sister Pearl (AnnaLynne McCord), who lives with Violet and hates Owen, not only for leaving her disfigured from the fire, but also for leaving her behind when he moved away.  Owen reluctantly agrees to Isabel’s demands and they plan a trip to visit Violet and Pearl. 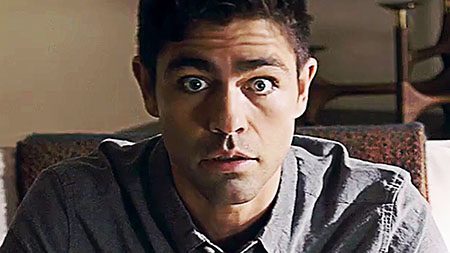 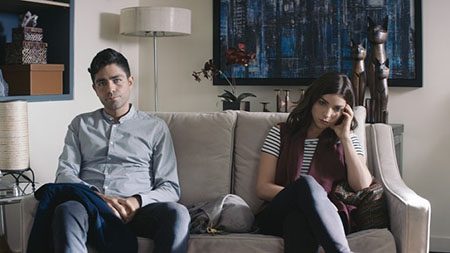 From the minute they arrive, Violet shows her deep rooted dislike of Owen and her disapproval of Isabel. When she discovers that Isabel is pregnant, she calls her a whore, and compares her to Owen’s mother, her own daughter. Violet is a hateful, judgmental, devious woman, but she manages to hide this from most of the outside world. She is also extremely religious, and the film plays on the irony of this with a scene of her masturbating while watching a televangelist on TV. During the visit, Owen tries to talk to his sister Pearl to make amends, but she won’t talk to him, spending all of her time locked in her room. For most of the film, Pearl is seen wearing a nightgown, her long stringy, dirty hair covering most of her scarred face. AnnaLynne McCord who plays Pearl, was the star of Excision, and Bates seems to enjoy making her look “ugly” in his films, something that both McCord and Bates have made work really well. Pearl is frequently seen peeking out of her bedroom window and develops a crush on Isabel, even going so far as to sneak in and watch her taking a shower and leaving her handmade gifts. 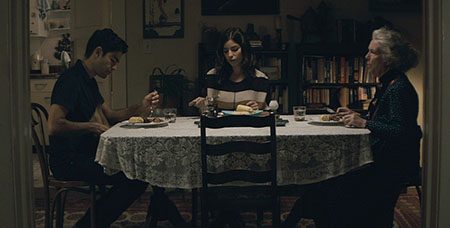 Violet comes up with one evil plan after another to rid herself of Owen and Isabel, but there is also a fair share of mutual hatred between Violet and Pearl.  Dark comedic moments are woven throughout the film, and they help relieve some of the tension caused by the story itself. The fact that you never really get a good look at the extent of Pearl’s disfigurement coupled with the extreme level of dysfunction in this family, leads to quite a bit of tension. None of the characters are actually likeable, with the exception of maybe Isabel, who I genuinely felt sorry for, especially during the second half of the film. Ultimately, the truth about the night of the fire that killed Owen’s parents is revealed and everything about this family starts to make sense. 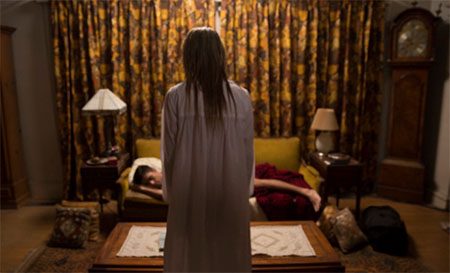 Despite the fact that this was an exceptionally twisted story, I did not see what happened in the finale of the film coming at all. It was so shocking that I was actually left feeling traumatized for lack of a better word. I also did not expect to have such an emotional response to this film, but isn’t that why we watch movies in the first place? To elicit some sort of response that helps us escape from our everyday lives, especially in terms of horror films? All of the performances in this film were strong, but those of Fionnula Flanagan and Angela Trimbur definitely stand out. If you haven’t seen any of Bates’ films, I highly recommend checking them out, most definitely this one.