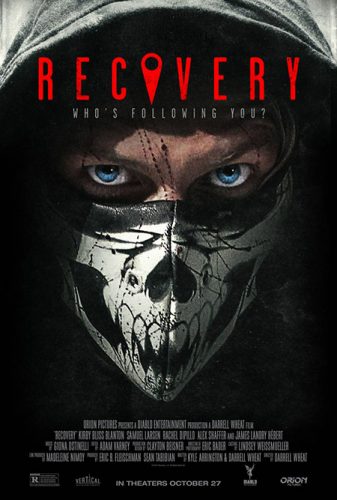 On the night before graduation, a teen girl is selected to be the mate to young man in a sick family ritual. After a friend ends up missing, she, her brother, and a potential new boyfriend looks for her in a house that ends up being owned by the creepy family.

I’ve actually have been a horror fan for over forty years now, and I tend to be a bit defensive to those who mess with the genre. In my view, Recovery is a good example of the most cynical of motivations for making a film, of any genre. It’s even more cynical than any sequel or remake anyone can name. This film is made and put out in the market because the makers know that horror makes money, true. But, they also feel that we’ll accept anything that is put down in front of us just as long it’s called horror, no matter what the level of quality of its execution or commitment from its makers.

The film industry for years have looked down upon the horror genre and its fans for decades. And, films like this are the product and expression of that disgust that is directed toward the Horror Community and the type of entertainment we love. I’m just happy that I didn’t have to pay to see this crud. But, it pains me that so many of my brothers and sisters will be subject to this sorry cash grab.

What also gets me is that if this material was given to better hands something good, maybe even great could have been made. The opening sequence of the film is so good that it wouldn’t surprise me if someone other than Darrell Wheat directed it.

A woman (Julie Millett, The Remains) doing dishes in the kitchen as her husband show her some affection. Their son is getting ready for what we think is a date. To this family it is a date. The father (Michael Filipowich, Kill Switch) goes to his son’s room. They talk awhile. The father gives his son (James Landry Hébert, Super 8) advice. All pretty normal.

Meanwhile in the basement there sits a large trunk. A young pretty girl escapes from this trunk. She must be the girl that the father feels is the “right one” for his son. She looks around the room. On the wall there many implements of torture. She knows she’s in danger and she’s willing to fight. She selects her weapon of choice: a baseball bat with large razor blades sticking out of the business end of it.

Soon after the son goes down to meet his “date”. The captive attacks, making much damage to his face. She may have thought she was going to be just fine. But, that’s when the father enters the basement to put an end to her triumph.

This opening really put me in the mind that I may have a thrilling good time. This mindset was quick to end as soon as the credit sequence started. Major red flag time!

Since the title refers to an app on a smartphone, the visuals and title text are based on texting and selfies etc. All this is placed upon a pink background. There is what I think is blood seeping into the frame. This would be fine if I was sure that was what it is supposed to be. Worst of all is the opening theme music: dance pop. It never goes for a sinister sound seeping into the cheerful dance beats and notes like the maybe-blood seeping into the smartphone screen images. 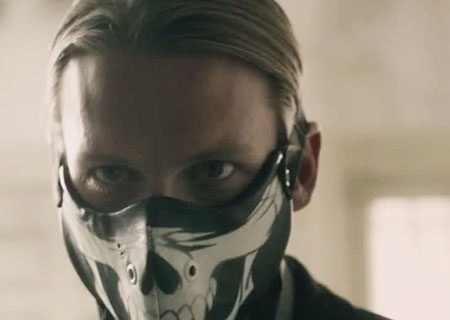 This is not the best way to create the proper mood for a horror film. But, it did break the mood I was in after that great opening sequence.
For the most part, the film comes off as bland and uninteresting. This disinterest really seems to start with the director.

But, it seems that the leading lady, Kirby Bliss Blanton (The Green Inferno), and the actor who plays her younger brother, Alex Shaffer (Win Win) also have become bored with the film as it goes along as well. He, at first, does a good job being the annoying character that films like these have too many of. In time, any energy he had seems to slip away. That goes for her as well, of course. A good example of this and sums up both of them, is when Blanton’s character is chained to a bed with the son looming over her. She is neither afraid nor angry. Nothing. This is a perfect example of the disinterest this film invoked in me after that crappy title sequence.

If the people making this flick wasn’t interested. Why should I be?