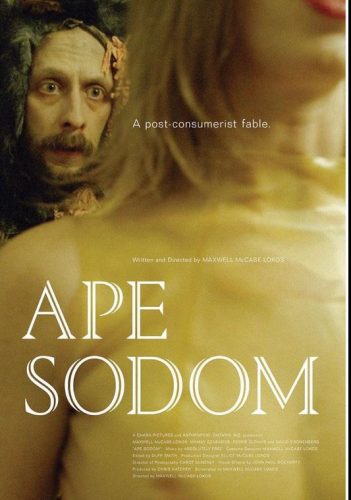 More short films, kiddies! Today we have APE SODOM, a short from Canada written and directed by Maxwell McCabe-Lokos. This is his directorial debut.

Our story follows an unnamed man (played by writer/director Maxwell McCabe-Lokos) rooting through a garbage dump. Among the treasures he finds is a copy of L. Ron Hubbards Dianetics. AN SUV pulls up driven by a wealthy man (Mihály Szabados) who throws some money at him, claiming “you work for me now”.

It just gets stranger from there. The two are later joined by a woman (Perrie Olthuis) and well…I don’t even know, guys…

The film seems to be set in some sort of post-apocalyptic society, and hoarding of material items seems to be a sign of status. Consumerism seems to be a religion of its own. The unnamed garbage picker appears to be in search of some sort of enlightment of his own, even as he is humiliated by the wealthy man and his companion. 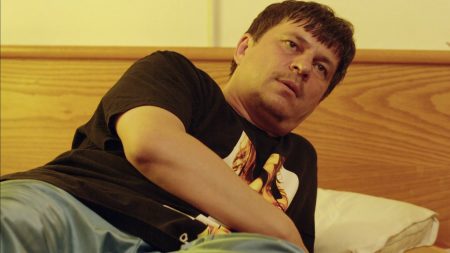 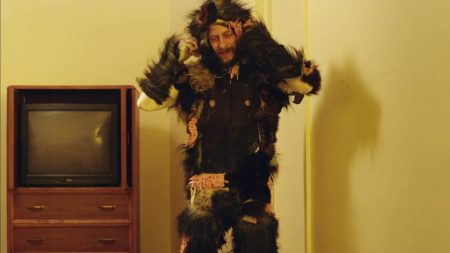 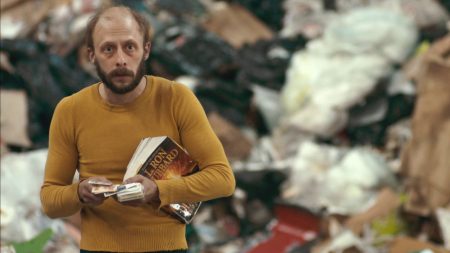 According to the official description, the film is about “Three degenerates navigating the descending hierarchy of post-consumerist enlightenment”. I’m not sure I understand what the film is about, but considering it was narrated by David Cronenberg (whose name you will know from many oddball and surreal films), perhaps I see why.

Even though I don’t think I really got it, it was an interesting film to watch. I’m not sure what else to say about it other than that.

So using my special short scale of one to five, five being awesome, I’m giving this film 3 trash bags.