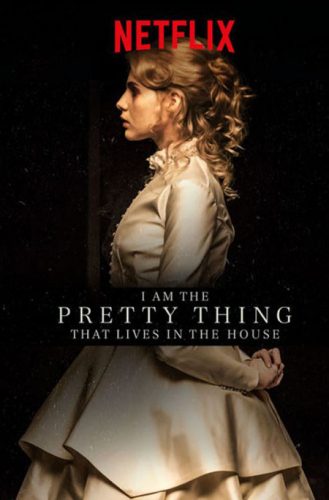 A young nurse takes care of elderly author who lives in a haunted house.

Ever try to watch a golf game? If your not a fan of the game, it’s very boring. You’re watching a bunch of guys take their time to try to hit a ball into a hole. It’s not a contact sport where a lot of action takes place. Sure, there’s hazards like sand traps, but they’re not nearly as exciting as they may sound. If that sand trap had actual traps in it, like bear traps, then its entertainment value may go up. Instead, it’s a game where you’re just waiting for something, anything, to happen.

Director Osgood Perkins, son of Anthony Perkins, gives us a haunted house movie that is the equivalent of watching a golf game. We get the story of Lily (Ruth Wilson), who is a live-in caretaker hired to stay with an elderly horror novelist Iris Blum (Paula Prentiss). Iris is suffering from dementia and keeps calling Lily “Polly”, which is the name of one of the ghost characters from a book she wrote. Lily soon becomes curious to who Polly is and why Iris is so fixated on her. She’s also becoming concerned about a mysterious black mold that’s growing on one of the walls in the hallway and the strange sounds she hears occassionally. 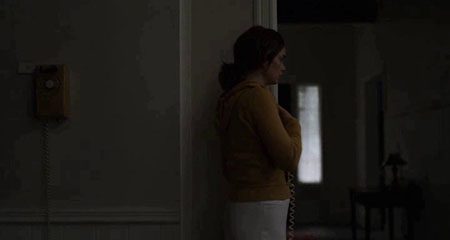 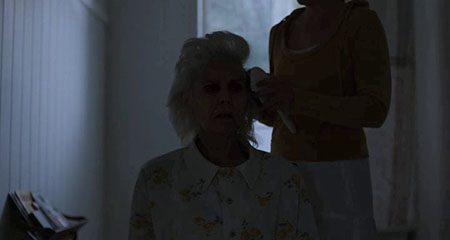 The majority of this movie is watching Lily wander around the house while we listen to her narration. Next to her interactions with Iris and an occasional visit from Mr. Waxcap, who I believe is Iris’s lawyer, we don’t see her interact with anyone else. It gives you a sense of the isolation that Lily must be going through as she stays in the house. With nothing better to do with her time, it’s only natural that she would become curious with Iris’s obsession with Polly. It’s strange that it takes Lily eleven months before she finally decides to get some answers. Ironically, by the time the movie ends you’ll feel like it took eleven months to get through it.

This is due to the fact that nothing really happens until the climax. We do get a scene where Lily has a creepy hallucination, and there’s an incident where a phone is yanked out of her hand by an unseen force. Other than that, the movie turns into a slog. Most haunted house movies tend to unfold in a series of escalating paranormal events that are more harrowing than the last. Don’t go looking for that here. It doesn’t help that a lot of the suspense is ruined when the opening narration pretty much spoils Lily’s fate.

The entire movie rests on the shoulders of Ruth Wilson, and she carries the burden very well. She gives Lily a mousy yet caring nature. As things progress, she does wonderfully in portraying Lily’s growing unease. The sad thing is that since not a lot happens, Wilson isn’t given much of a chance to show a wider range of emotions. She does what she can with what she’s given, though. There’s a few times when her natural accent comes out, but those moments don’t detract from a rather good performance. 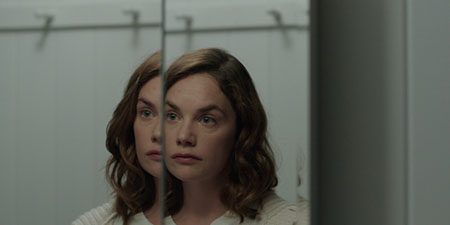 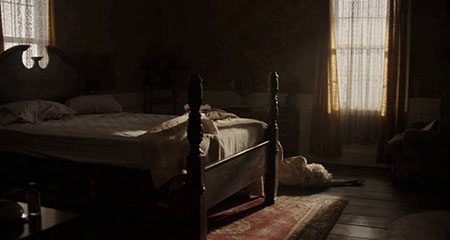 There is an interesting mystery at the center. of this movie If more time had been dealt with fleshing out the mysterious circumstances of Polly’s life and death, and her connection to Iris, this could have been a much more riveting experience. I found myself more interested in learning about Polly than anything Lily was going through. It’s rather disappointing that very few answers are provided. We’re only given hints at really happened, and it would have added a satisfying feeling to get a bit more resolution there. Polly’s story had the potential to be so much more than it was, and it feels like a lost opportunity to add more layers of intrigue.

I also wanted to give a nod to the set design. The house has a slightly run-down feel to it, and it’s easy to believe that some kind of spook or specter would haunt it. Set decorator Garren Dunbar and his crew did a great job of making Iris’s abode seem both creepy and oppressive. Lily is basically trapped there, and you feel trapped with her. 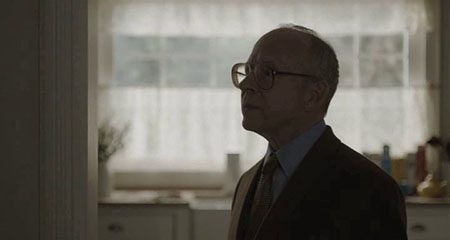 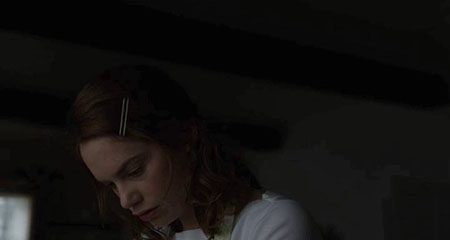 I Am The Pretty Thing That Lives In The House is not a bad movie. It’s got decent performances and a few good ideas in it. It’s unfortunate that its potential is quickly wasted with a film that seems more interested in tedium than anything else.