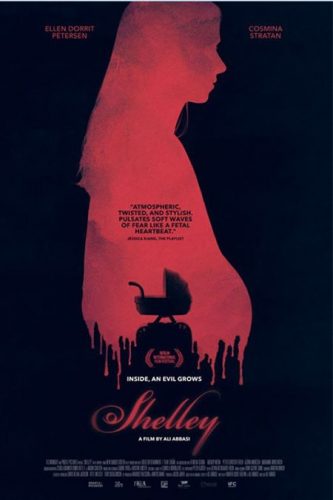 Louise and Kasper want to become parents but Louise is unable to have children. She seals a pact with her Romanian maid, Elena, to bear Louise’s child, but things don’t turn out as they planned

I’ve been watching horror flicks since I was a kid. Having been born in the late ‘70s, this means I grew up with those ‘80s movies where gore was the rule of the day. I love what Joe Bob Briggs called the “Three B’s”, blood, boobs, and beasts. That means that when movies can be described as a “slow burn”, I get worried. Usually, that’s a euphemism for boring. However, some of those movies manage to be atmospheric journeys into darkness that can keep you invested.

In Ali Abasi’s Shelley, we get a slow-burn story about a couple who hire a Romanian woman, Elena, to be their maid. Elena wants to get enough money so she can get an apartment for her and her kid. Kasper and Louise can’t have yard monsters of their own, so they offer Elena a lot of money to have one of Louise’s fertilized frozen eggs implanted in her. As the pregnancy advances, Elena starts having strange experiences. Nightmares, sleepwalking, and an assortment of physical ailments seem to inflict the poor girl. However, we’re not sure if Elena’s just taking the last train to Psychosisville, or if she’s carrying some kind of unholy spawn.

This is a movie that you have to be patient with since it’s not one that’s going to give you a lot of blood and gore, nor is it going to give you a lot of action set pieces. If you have the attention span of a gnat, this movie won’t really do much for you.. It takes some time to establish the characters and the setting. The part where it was really important to set the tone was during Elena’s pregnancy, when things start taking a turn for the worse. I felt that a little bit more could be done to help build up the tension of the movie and add the creepiness. While there were a few genuinely unsettling moments, I felt it needed a few more to really keep things really engaging, I’m not saying it should have gratuitous nudity (though that helps) or shocking violence (also helps), but the movie needed to either speed things up a tad or add a few more incidents to really help add a sense of urgency to Elena’s plight.

Another thing that detracted from the movie was that the characters of Louise and Kasper made a few decisions that I found mind-boggling. As it becomes more obvious that Elena is in serious psychological dire straits, they don’t get her the help she needs. While it’s shown that Louise is a believer in holistic medicine, and the couple like to live without electricity, they’ve shown a willingness to use modern medicine. Yet when Elena is looking like a woman traumatized by being groped by an orange-skinned hobgoblin in the back of Billy Bush’s bang bus, they don’t have her see the psychologist she so desperately needs. That’s just one example of the decision-making that had me rolling my eyes.

Ultimately, a movie like this is made or broken by the ending. Everything is building to that point, and to make the journey worth while the filmmakers need to hit the ball out of the park. Shelley‘s ending, for me, was more of a ground ball. Whether the events are the product of psychosis or the tyke being some kind of devil spawn is hinted at but never fully explained. If the baby is indeed evil, no explanation to how or why is given. It’s an ending that’s very open to interpretation. A little too open to satisfy.

All the actors gave pretty good performances. While no one really stood out, no one was bad in the roles they were given. Louise and Elena were very well fleshed out characters that worked because the actresses really brought there A game. Peter Christoffersen as Kasper kind of got the short end of the stick here. His character was pretty much in the background and didn’t really seem to have any purpose until the last 20 or so minutes of the movie. However, he still delivered in when it mattered.

The cinematography was slick and everything looked good. In fact, the scenery was really beautiful, and we were given a few shots that really let you marvel at it. Director Ali Abasi also showed really skill and flare in the director’s chair. When he decided to provide some chills, he did a great job of setting tone and tension. He’s good at what he does, and I would be interested in seeing what else he has to offer if he decides to take another dip into the genre. 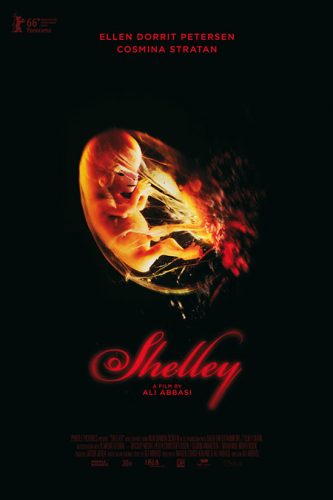 To be fair to Shelley, my criticisms about the pace and the ending are more due to my preferences. I’m not the biggest fan of the slow-burn, so I don’t think that I’m the right audience for it. If you’re a more patient person that enjoys movies that takes its time to build to its climax, you may find that this movie provides an interesting and somewhat experience. If you’re like me and prefer a bit more “oomph” in the proceedings, then you may want to spend your time elsewhere.