Woodhaven Media has teamed up with 2 Cousins Productions for the eerie, new horror film ANDERS MANOR…

Christina Robinson (Dexter) has been brought on to play the lead, Amy. Godsmack front man, Sully Erna has also come aboard, Rachel True (The Craft) along with, Kevin Nash (The Punisher, Magic Mike, John Wick) who is doing something completely out of character as Reverend Thomas, TNA Impact Wrestling Superstar “The Miracle” Michael Bennett will be portraying a wild and unruly redneck named Darsaw.
Other actors appearing as guests at ANDERS MANOR, will be played by Tanja Lynch (Bleed For This), Eric Lutes (How To Get Away With Murder), Mark Sullivan, David Tessier, Michael Zuccola, Danielle Guldin, Mike Messier, Pamela Morgan, and Armen Garo (Vinyl, The Sopranos), Chelsea Vale (Mostly Ghostly, Inner Demons) round out the cast.

“I’m very excited to be back in the horror genre. Working on a movie like this, here in New England, during our classic Halloween season, with all the leaves changing, certainly adds an extra element to the movie, that you just can’t create with a Hollywood studio – well not without millions of dollars at least! To be here, in Rhode Island, where H.P. Lovecraft was telling his tales of the Macabre, and to be producing a movie with similar tones and elements, over a hundred years later, is really special.” – Producer, Tom DeNucci

“This movie has a classic horror undertone, juxtaposed with some eerie and wild elements that I am sure hardcore horror and casual fans alike will connect with.” – Executive Producer, David Gere

“Dark and interesting, with a solid amount of action, Anders Manor is going to be a fun and creepy film.” – Executive Producer, Richard Switzer 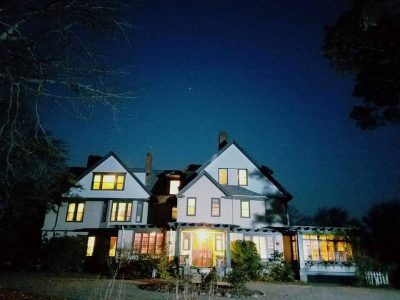 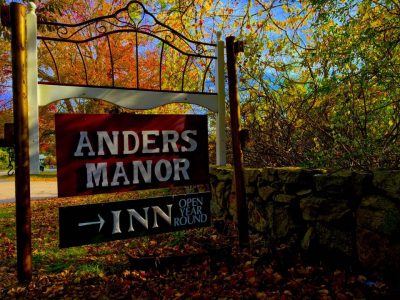