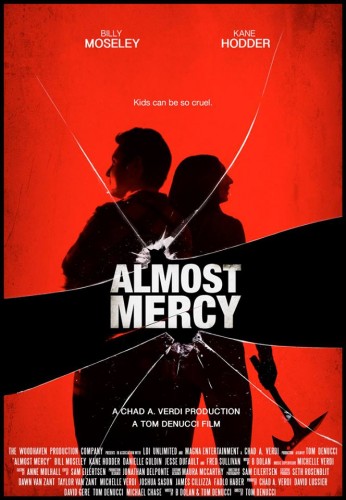 Jackson and Emily aren’t like the other kids. Two burgeoning sociopaths on the brink of total meltdown. Ticking time bombs seeking revenge. Who will unravel first?

You know those movies that you watch, and the next day they play over and over again in your head? They’re the kind of movies that really make you think. Well, that’s Almost Mercy! It’s not your traditional horror movie, and that’s what makes it so remarkable. You get the unique perspective from the kids that are tormented and ruined by society. The scary reality is what happens when those same seemly normal kids get revenge.

This movie gives an unforgiving social commentary on the decline of our modern civilization. It has the potential to impact people just as Night of the Living Dead did in the 1960’s. The days of monster movies are changing and it’s never been so evident as it is now. Zombies have become pop culture, while the real monsters are your neighbors, your friends, and perhaps even your children. 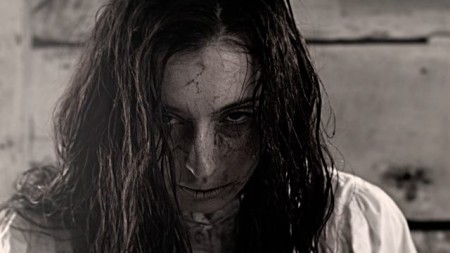 Director, Tommy DeNucci was able to create a deprave little town called South Greenwich, Rhode Island and fill it with every sort of degenerate and low life you can imagine. When two innocent youths, Jackson and Emily find themselves victims of this toxic environment, you truly find out how strong their friendship is and what they are able to endure. They walk a fine line between murder and justice.

There are tons of great performances, but what really takes it to the next level for me is the narrative by Emily throughout the entire length of the movie. The character’s witty commentary really enhances the experience and drives home a lot of the back story. Intertwine that with a mesmerizing soundtrack, and this dark tale of revenge becomes FUN! 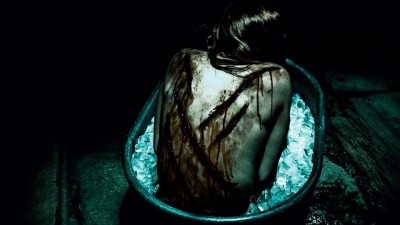 Bill Mosley is well known for horror roles that include Chop Top from The Texas Chainsaw Massacre part 2, and Otis from House of 1,000 Corpses and The Devil’s Rejects. In Almost Mercy, his portrayal of Pastor Johnson is powerful and equally as engaging as any of his other movie characters. His unorthodox sermon at the funeral stands out as one of this film’s most memorial scenes.

Of course, Kane Hodder is known by many Friday the 13th fans as one of the most popular versions of Jason Voorhees. This time Kane takes off the hockey mask to coach the high school’s gym class. I think his students would prefer dealing with a machete wielding madman. Just an observation. You might want to keep you eyes pealed for a hidden hockey mask somewhere. 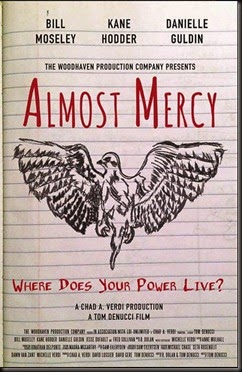 Now, despite the horror icons involved in this project, it was Danielle Guldin as Emily who really owned this movie. You’ll love how she handles an axe. This movie isn’t about the blood (although there’s plenty), it’s about good old fashion story telling, and at the end of the day that’s what makes a great movie great! I recommend you check out this dark fun horror flick and witness the carnage for yourself.