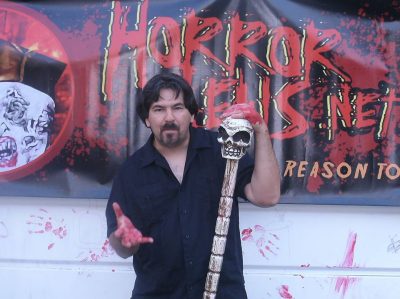 It has been my pleasure to call Horrornews.net (HNN) my home for the past ten years. HNN puppet master, Michael Bonedigger launched the website back in July of 2008 but I didn’t come on board until a month later, somewhere around the middle of August. If my memory serves me correctly, it was only myself, Dai Green, and Bonedigger at the time. I remember going on the Rue-Morgue message boards and reading an ad that a new horror website was looking for writers. 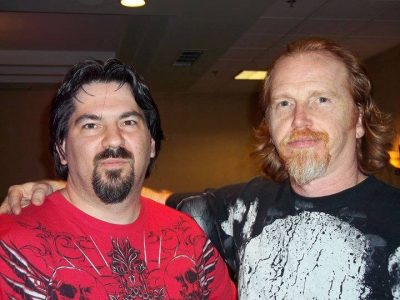 My horror writing experience, before HNN, consisted mainly of trolling through the Fangoria message boards and annoying Brother Bat. I managed to put up over 1,000 posts on those old boards. I tried my luck with HNN and submitted a sample article. The next thing I know, I’m writing about some of my favorite scary topics. I started out doing a few movie reviews (Motel Hell, Vamp, and Toolbox Murders) and before I knew it, that had transitioned into interviewing horror genre professionals. 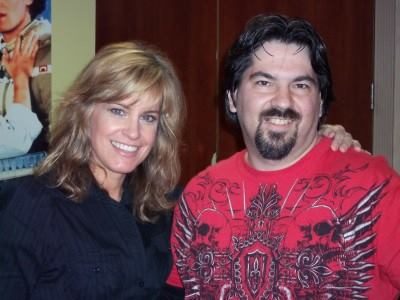 My first WOW moment would have to be when I interviewed legendary director Tom Holland (Fright Night, Child’s Play) about one of his upcoming projects. It was an amazing experience and I think we talked for close to an hour. If something like this doesn’t give you the filmmaking itch, nothing ever will. I ended up interviewing Tom several times after that and he even took interest in one of my own film projects. 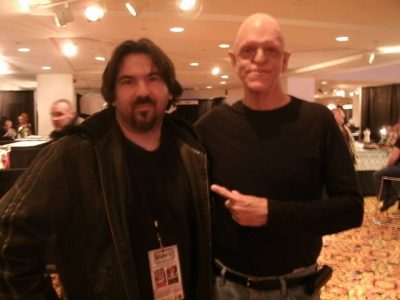 Networking is golden. If writing for a horror website only had one takeaway, it would be the opportunity it gives you to network with others in the horror industry. I knew I was in it for the long haul after given the chance to interview Courtney Gains, Tony Todd, Bill Moseley, Dee Wallace, Catherine Mary Stuart, Danielle Harris, Michael Berryman, and Bill Oberst Jr., just to name a few. It’s an honor and a grand privilege to be able to pick the brains of your heroes and learn from them. Interviewing horror celebs is to entertain the HNN fans… but it’s much more than that too. It’s a personal learning experience each and every time out.

Being a fan of the shows like “In Search Of… with Leonard Nimoy” and “The X Files”, I embarked on a mission to create a paranormal column for HNN. I came up with “Unexplained Confidential” and to my surprise, it got a nice little following. I sometimes interviewed those in the paranormal field like GhostHunters or authors with published books about UFC sightings and Alien Abduction. My most high profile interview with with former Minnesota Governor, Jesse “The Body” Ventura, who was fresh off his TruTV television series, Conspiracy Theories. He was promoting his New York Times Best Seller, “American Conspiracies: Lies, Lies, and More Dirty Lies The Government Tells Us”. Jesse talked with me for over an hour and even about his days teaming with Adrian Adonis in the World Wrestling Federation. 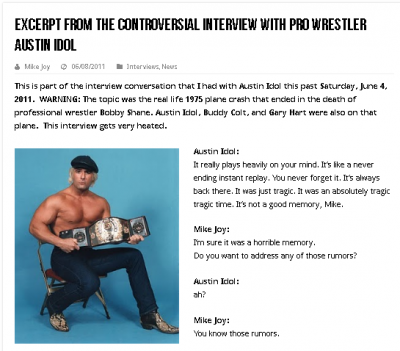 Other than horror, my other passion is professional wrestling. It turns out, there’s a lot of connections with the two and I decided to do my best of exploit that for purpose of entertainment. My interviews included talks with two former ECW champions, Raven and Shane Douglas, who had were promoting horror projects. I also had to privileged of talking with the late, Sir Oliver Humperdink (manager of some of the craziest personalities in the game, the likes of Kevin Sullivan, Abdullah the Butcher, and Bruiser Brody) and Missy Hyatt (manager of ‘Hotstuff’ Eddie Gilbert, The Steiners, Sandman). I also interviewed WWE superstar, Chris Jericho, who also fronts for the rock group FOZZY. However, the most memorable interview ever is also the most controversial. I had a chance to talk with Memphis legend, ‘The Universal Heartthrob’, Austin Idol. He talked about Andy Kaufman and shaving Jerry “The King” Lawler’s head, but things really broke down when I mentioned the 1975 plane crash that he survived and wrestler Bobby Shane was killed. It got nasty. 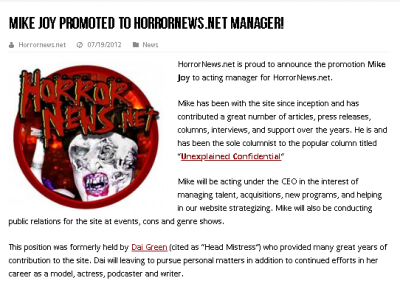 In 2012, Dai Green parted ways with HNN to explore other opportunities within the industry and left a void that needed to be filled. Bonedigger asked me to step up to plate and become the new HNN manager. To say the least, I was very enthusiastic to take on the position. Business was about to pick it. 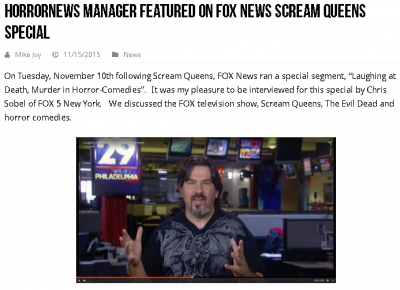 Writing for a horror website is what you make of it… and I have personally found out that the opportunities are endless. If it wasn’t for HNN, I would have never been invited to horror conventions or movie sets. I wouldn’t know the first thing about getting my foot in the door to these places. 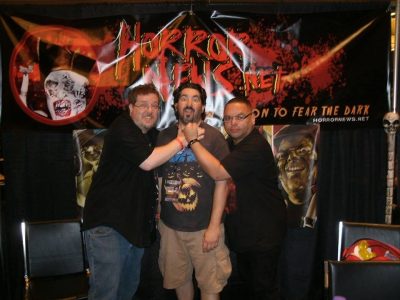 One of my best experiences happened when HNN had a booth set up at Bizarre AC Horror Convention in Atlantic City, New Jersey. Jon Henderson and Good Time Tricycle Productions opened their doors to us and not only allowed us to promote our brand but I personally hosted a Friday the 13th Reunion Panel (and it actually took place on Friday the 13th) with Ted White, Victor Miller, and Erich Anderson. I was also joined that weekend by the late Santos Ellen Jr. (aka The Black Saint) and John Slattery (Doc Rotten), who helped work our HNN table. 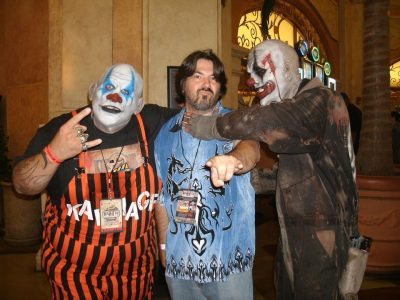 The following year, Bizarre AC decided to take over the historic Chelsea Hotel on the Atlantic City Boardwalk and make it horror themed from bottom to top. I had the pleasure of being invited to an overnight think tank by those putting together the convention. We had the task of brainstorming and coming up with some incredible ideas to make this horror con like no other. The parking garage ended up being turned into a giant zombie apocalypse scene with fan interaction. I think we did our job well. 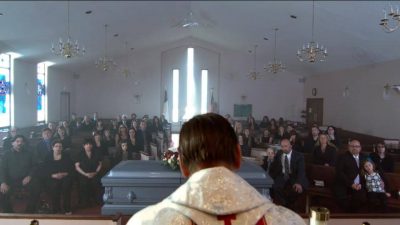 One of the great perks about HNN is all of the red carpet premieres and movie set invites. Unfortunately, I live in New Jersey and most of the invites are coming out of Hollywood. However, I had the pleasure of traveling up to Rhode Island a few years back and meeting the gang at Woodhaven Media. Director Tommy DeNucci and Producer David Gere among others, made me feel right at home during the ‘Almost Mercy‘ shoot, and Tommy even offered me a featured extra spot right next to his mom at the funeral scene they were filming that day. I ended up watching front row as Bill Moseley worked his craft. These are the moments you never forget. 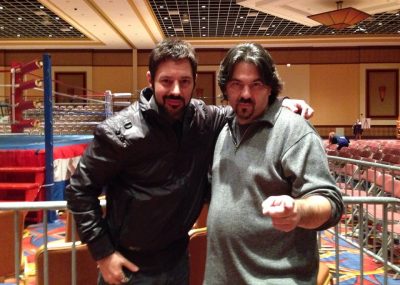 Actually, things went so well, I was invited back by those guys for the Martin Scorsese / Chad Verdi movie, ‘Bleed For This‘ staring Miles Teller. Again, I was honored with a featured extra role but this time as a sport reporter. This was also a rare venture for me outside of the horror genre. 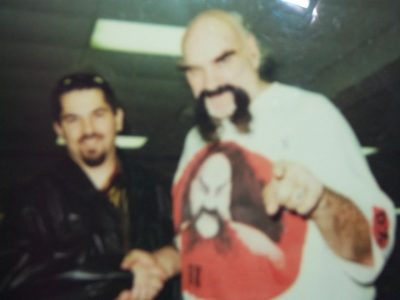 In all my experiences, this one is my most rewarding. As mentioned, I’m a huge professional wrestling fan. Ox Baker, known for this fight scene against Snake Plissken in ‘Escape from New York’, and also the cult wrestling documentary, ‘I Like To Hurt People’ had the opportunity to be in front of the camera one last time. Producer David Gere cast Ox Baker in the independent horror movie, Pinwheel. Ox knew he didn’t have much time left and wanted to do this last film. I interviewed Ox and did a feature story on his career shortly after the movie wrapped. David said Ox read the article was extremely pleased. It wasn’t long after that Ox passed away. I’m very proud to have been able to bring a smile to Ox Baker on his last days. 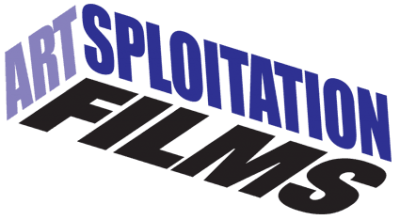 It’s not even a second thought, I always list “Manager of Horrornews.net” on all of my resumes and applications. This position (while not lucrative) does carry a bit a weight and I believe has helped me along this crazy path I’m taking in life. Remember, I’m just a horror fan like any other horror fan that started out with no clue and no connections, but in 2016 I found myself at the door of the movie distribution company, Artsploitation Films. Today, I’m Director of Marketing at Artsploitation Films and have helped promote many great foreign titles including, Vampyres, The Devil Lives Here, A Taste of Phobia, Killbillies, Deadly Virtues, The Anatomy of Monsters, and Red Christmas. 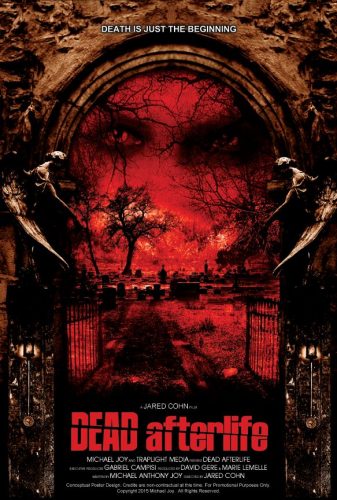 I encourage everyone reading this to follow their dreams no matter how big and small. Writing articles for a horror website can be a great launch pad for just about anything. I’ve followed my dreams and I continue to follow my biggest dream. I’ve written a screenplay for a movie titled, “DEAD afterlife” that is currently seeking funding. This is the next logical step for me in the progression of things in the horror industry. I’ve met a lot of great people and this goal is closer than ever before.

Despite all my outside endeavors, I’m hopelessly devoted to HNN. In 2018, I’ve been able to make some great relationships and we’ve partnered with both Screambox and Shudder this year. HNN has also launched the HorrorNewsNet Film Festival through Film Freeway and we are now accepting submissions. We have also teamed with Horror Equity Fund for exclusive premiere content. The website is thriving and our team is killing it on social media. There is no stopping HNN as we continue to grow and move closer to the number one spot. 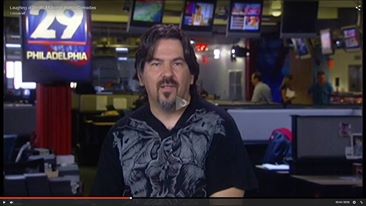