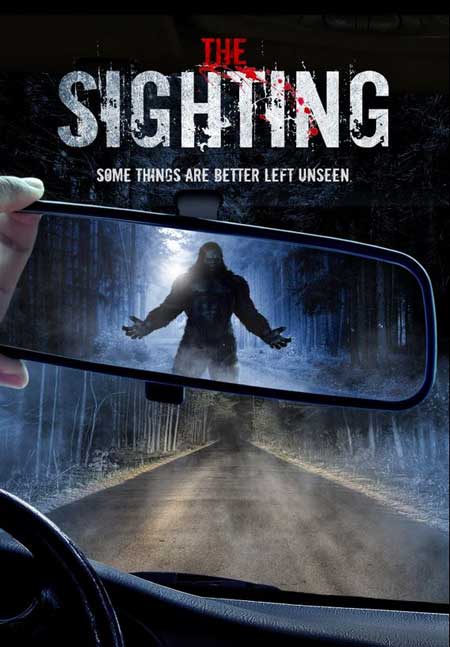 One year after seven students are mysteriously murdered at a party. A man searches for his friend after he is seemingly abducted by a family of Sasquatch. The film features shots of scenic Glacier National Park in lieu of a more original plot.

Originally shot in 2006, under the title ‘Paper Dolls,’ the Sighting has aged like a fine wine. No, maybe not a fine wine, toilet wine from a Romanian prison seems more precise.

Attempting to release this movie ten years after it was made, is a lesson in anachronisms. 2006 was two years before the iPhone was released, and as can be imagined it is like watching cavemen attempt to start a fire. When characters attempt to light their way in the dark with nothing but flip phones it is difficult not to feel an audible sense of pity for their naïve existence. 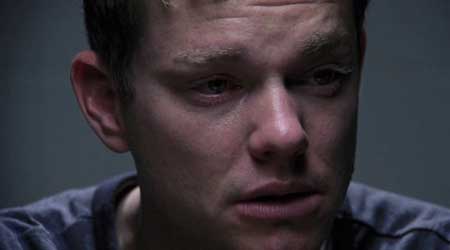 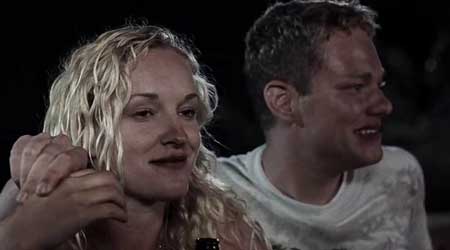 The opening scene, a party filmed by a student. Offers little to the story but does serve as a good bar-setting in gauging the acting ability of the cast. It also provides the opportunity for the prerequisite low budget horror movie boobs to be viewed. The opening is shot found footage style, which is a bit misleading as the rest of the film is presented in panoramic IMAX, no wait, budget camcorders. After the man who is shooting the footage declares he’s ‘trying to get some poon-poon’ he’s dragged away by an unseen force while the audience cheers.

One year later, our lead sits crying in a police interrogation room. Travis is played by the auteur, Adam Pitman, the writer, director, and star of the film. His constant watery eyed look of surprise in every scene seems more attuned to a man who woke up, shocked to realize a movie was being made. 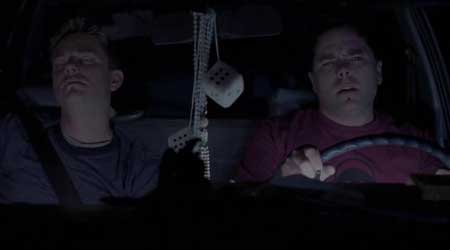 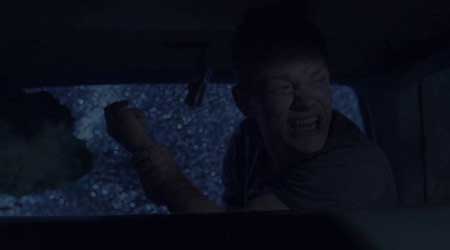 Very quickly, thankfully, the rest of the characters are introduced at a graduation party. The best friend of Travis, Nate is what was known in the 1920’s as a good time guy and in 2016 as an annoying human trash bag. Had he survived the film he’d be a 40 year old assistant manager in a struggling Wisconsin mall’s Spencer Gifts. Yes the best friend is abducted by the Sasquatch, which may be a spoiler, but you’re not going to watch this movie, be honest with yourself. If somehow you do find yourself on a deserted island with only this movie, question the decisions that have led to this point then thank me because knowing that Nate is going to die is the only thing that will keep you watching.

The most important part of any creature feature is the creature itself. In ‘The Sighting’ they don’t seem to be particularly shy about revealing the monsters. This may be a broad miscalculation as the Sasquatches look like 70’s ‘Doctor Who’ villains.

The lack of realism in the monsters is written in as a plot point. The required creepy gas station attendant reveals he’s a former professor and poor man’s Daniel Stern. His theory is that these are ancient Spanish soldiers who refused to die, so that’s what happened. 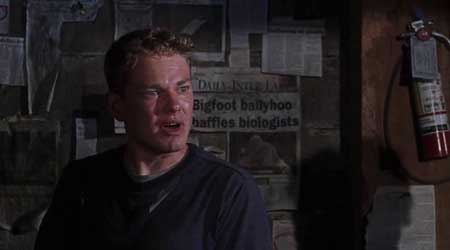 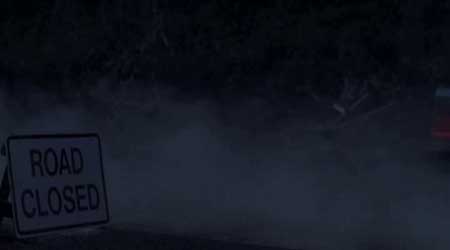 Of course when you have no budget, and no acting skills, you rely on a third act twist. It’s a standard thriller twist, that’s been done two hundred times before. Handled solidly and almost explaining why so much of the dialogue seems like it’s written from two separate scripts stitched together. 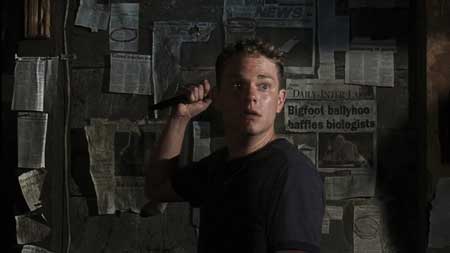 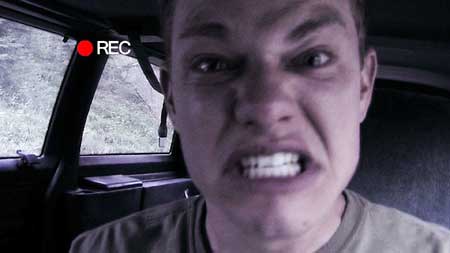 ‘The Sighting’ isn’t the worst movie in the world. It’s got a car crash vibe that at least propels your interest, especially once the gas station attendant is introduced. His wild hand gestures alone are a sight to behold. It’s as if this is not only the first time he’s ever acted but also the first time he’s realized he has appendages. I can’t imagine this is going to come into your life unless you seek it out and much like the monsters in the movie, nothing good can come of that.