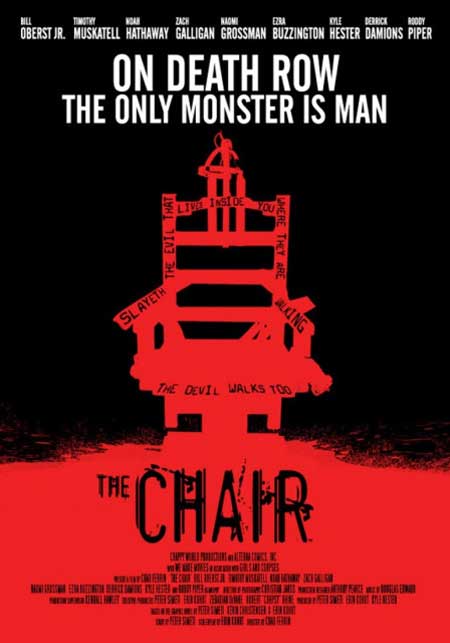 A man struggles to escape a grisly fate on death row in this intense story of betrayal, revenge, and humanity’s horrifying capacity for evil.

The Chair, directed by Chad Ferrin, started off life as a graphic novel by Peter Simeti, Kevin Christensen and Erin Kohut. Distributed by Alterna Comics, the company have gone into partnership with Girls and Corpses Magazine to produce this adaptation of the book and they’ve turned in one  of the bleakest comic book movies ever made.

Timothy Muskatell plays Richard Sullivan, a prisoner on death row who claims to be innocent of his crimes. His pleas for leniency are drowned out by the howls and shouts of his cellmates who find themselves in the ‘care’ of The Warden (Bill Oberst Jnr), who takes get great pleasure in in begin as vicious as possible. If you thought Dieter Laser’s Bill Boss was bad in Human Centipede III, then prepare yourself for a treat.

It all depends on how you personally assess pitch black horrors that turn out to be nothing more than a strong of violent episodes after violent episode. For the first half of the film we flit between Sullivan’s cell, where the prisoner mumbles and rants to himself, and the Warden’s where the misdeeds are done. 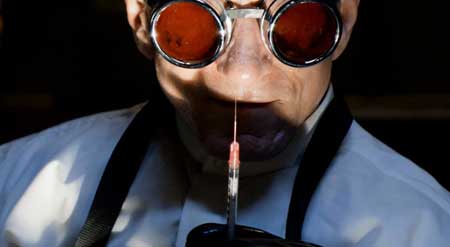 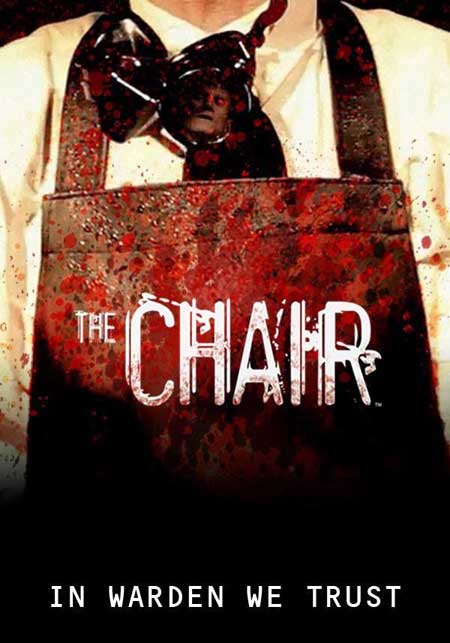 Neither are places we particularly want to stay at for long. It’s like wading through treacle and, when you think you’re going to get a reprieve, the gaps in between are cemented with flashbacks to Sullivan’s violent childhood at the hands of his mother. This is less of a movie and more of an endurance test. One which culminates in the long, brutal rape of a cellmate at the hands of Prison Guard Murphy, played by Roddy Piper. Yes, THAT Roddy Piper. To be fair, after Oberst Jnr, Piper gives one of the better performances of the film, giving off the air of a man drowning in the filth around him and being poisoned by it as a result.

The Chair isn’t just figuratively bleak, it’s literally bleak. Nearly every scene appears to have been lit by the power of a match. To quote Nigel Tufnell, ‘It’s like, how much more black could this be? and the answer is none.’ The darkness smothers the film making it frustrating to keep see what’s going on.

It’s clear that The Chair has ideas of social commentary and wants to unpack man’s inhumanity to man. Does the rape scene sound any better if I say the victim was a repeated sexual offender? Answer yes or no, and do not forget to show your working outs. What kind of justice are we carrying out if we’re no better than the people we’re supposed to ne rehabilitating? It’s a rich tapestry of Sociology 101.

And then something happens. The film takes a left turn and everything you’ve been put through is suddenly tossed aside as the truth of The Warden’s psychopathic prison comes to light. Without wanting to give too much away, what The Chair reveals works but only to a certain extent. It changes the narrative and motivation of a number of characters, but it also suggests that everything you’ve just been put through was kind of pointless. Whatever the film was trying to say in its opening acts of sexual violence and gore comes to naught and what you’re left with is a finale that says, ‘Aha! Made you look!’ In some ways, Sullivan’s worldview has now been given some context, but in other ways you’ve been exposed to a lot of bleak imagery for the sake of a Twilight Zone twist.

If you’re particularly fond of torture p*rn than you’ll probably get a big kick out of The Chair. However, if a plausible narrative that doesn’t make you feel like you’ve been cheated when you get to the final gets your engine running, then it’s probably best if you steer clear of this depressing little number.