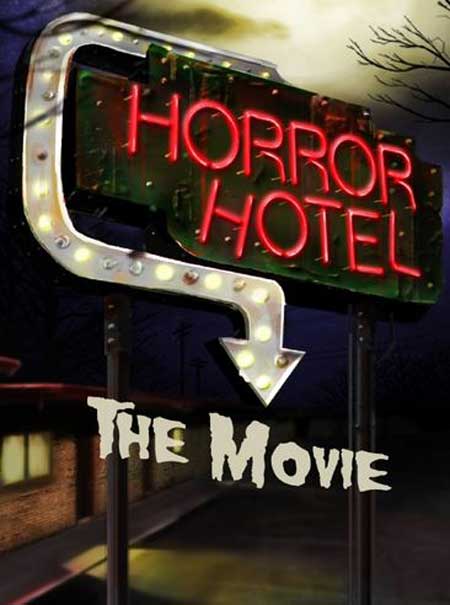 “Aliens Stole My Boyfriend” – Two cute alien chicks crash land their space buggy in the parking lot of the motor court looking for Earth boyfriends. “Coma Girl” – A macabre maintenance man falls in love with a comatose patient at the convalescent home where he works much to the dismay of her faithful husband. “Brain Robbers In Love” – A powerful older woman steals the body of a young woman using a top-secret brain-swapping devise stolen from a government vault. “The Problem With Clones” – A skip-tracer must search through a family of clones to find the sister who murdered her look alike. “Four-Eyes” – A paraplegic hit man is encouraged to pursue his gruesome talent by a man who wants to murder his ex-wife. “Life After Men” – In the near future, males are virtually extinct from disease and are tracked down my man hunters working for the new government.

When I sat down to watch Horror Hotel: The Movie, I was treated to family friendly tales of aliens, clones, body swapping, and dystopian futures. Unfortunately, this anthology isn’t as interesting as that list of subjects may indicate. There was very little in the way of horror to be found, and the hotel that is the setting for each story is actually a motel. Granted, calling it “Not So Scary Motel” wouldn’t have been as catchy. 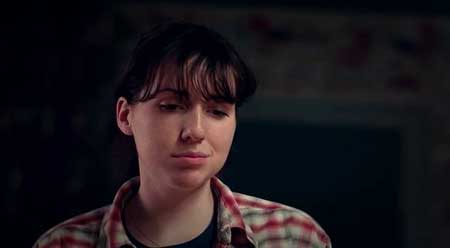 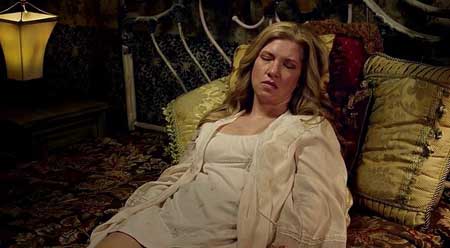 In the first story, “Aliens Stole My Boyfriend”, we have a story of a women in the middle of throwing her boyfriend, Rodger, out of their hotel room when they’re approached by two alien women looking for boyfriends. To make matters worse, the aliens’ space buggy crashes into the girlfriend’s car.

This particular entry is goofy and kind of amusing, but it also asks you to leave logic behind. After all, these people meet real extra-terrestrials and don’t treat it like the major event it is. On top of it all, a space ship crashes in the parking lot and no one else at the motel seems to care. You’d think it at least draw some attention. It also bothered me that the male character never stops to consider that these women’s bodies may not be compatible with male genitalia, nor does he even consider the possibility that they could be carrying some unknown disease. Can I be the only person that would be worried about contracting something dangerous, like space herpes or something? 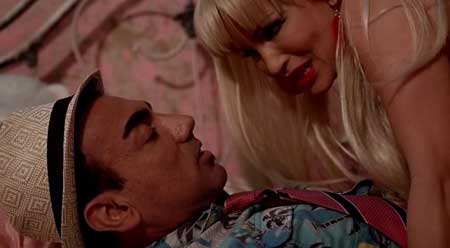 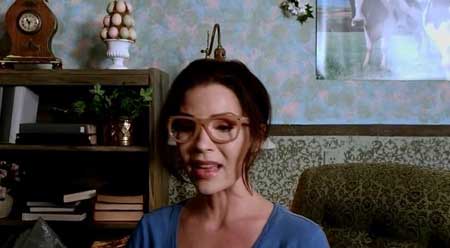 The second story, “Coma Girl”, tells the story of a husband sneaking his comatose wife out of a convalescence home to celebrate their anniversary at a hotel. Complications arise when a worker from the home interferes because he’s fallen in love with the woman.

This story, to me, was the most problematic. This vignette seems to aim for comedy while implying a darker, uglier subject. It insinuates that the third person in this triangle has been raping the  unconscious woman, which is something that is not particularly funny. It creates a tonal dissonance that makes the whole thing fall apart. It may also make you feel a little icky afterwards. 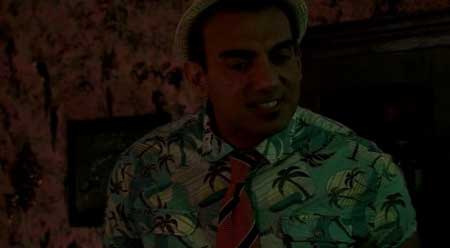 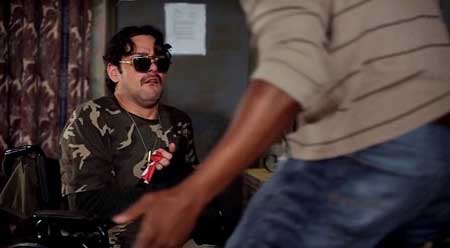 The “Problem with Clones” introduces us to a skip tracer who has to bring a woman accused of murder before a judge so he won’t revoke her bail. However, much to the tracer’s chagrin, she’s one of a group of clones and he has to find the right one.

Once again, my need for logic raises its head. The story mentions things, like cigarettes being illegal, which hints at this being some future setting. However, it never does enough world building to really clarify that. You may also find yourself  bothered that this guy is running into fully functional, human clones and seems unphased by this. I’d expect a stronger reaction over the fact that a marvel of science is right before him, but he acts more annoyed than anything else. Maybe I’m asking too much from a man who actually goes out In public wearing a pink and black tie with a Hawaiian shirt. 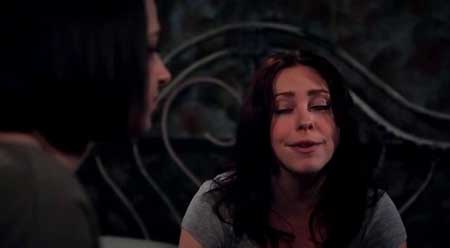 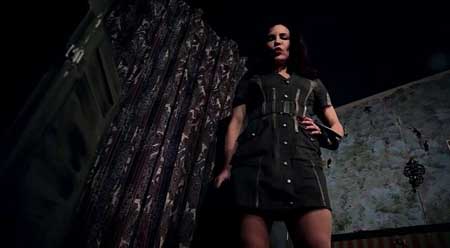 “Brain Robbers in Love” is a straightforward horror tale. It centers on an older rich woman who has access to groundbreaking technology that allows her to switch bodies with another person. She found a willing subject in a young woman who needs the money being offered to her so she can get cancer treatments for her month. The desperate woman is unaware her benefactor has no intention of giving the body back.

This particular entry was a pretty straight forward affair that would have made an interesting entry as an episode of Tales From the Crypt. All it needed was a director with more visual flare, longer time, a better budget, and a better script. It also didn’t build any atmosphere or tension to make it scary.

“Four Eyes” is the story of a man trying to hire a paraplegic hit man name Four Eyes (Jeremiah Michael Grey)  to kill his ex-wife. For the remainder of this section, both men try to come up with the best way to perform the assassination. While this one was fairly simple affair, Grey’s portrayal of Four Eyes just dipped into the overacting a little. Otherwise, this wasn’t a really noteworthy entry. 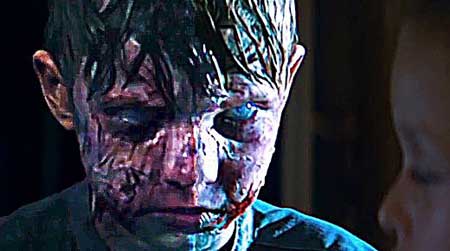 The last one of the bunch, “Life Without Men” takes place in a future where almost all the men were hunted to extinction, and the world is now a female dominated dystopia where life is controlled by “The Server”. While two women are staying the night at a hotel, agents of the Server arrive to investigate rumors that a man is in the area. Their mission is to find if the rumors are true and kill the man if he’s found.

This was the best story of the bunch. The setting was clearly established, and it you have no questions that life isn’t exactly great in this dark future. It maintains a consistent dreary atmosphere and adeptly builds some tension once the agents arrive. With a better script than the rest of the entries coupled with decent acting made this one stand out.

I did want to say that after watching the entire movie, I felt like everyone involved was really invested in what they were doing. While no one was going to win acting awards, you can see that these people were trying to do their best. I also thought the movie was competently shot and directed. It may not have much in the way of visual flare, but I’ve definitely seen worse cinematography.

However, the movie ultimately fell kind of flat. While it had it’s amusing moments, it sometimes fell victim to budget limitations, a confusing tone, and a few instances of bad dialogue. The director, Ricky Hess, didn’t give some of his stories enough time to really develop it’s background so we can get a better feel of what’s going on. Nothing was particularly chilling, horrific, or really funny. I can’t help but feel if they cut some of the stories out and gave more time to some of the others, this could have been a much more satisfying watch.