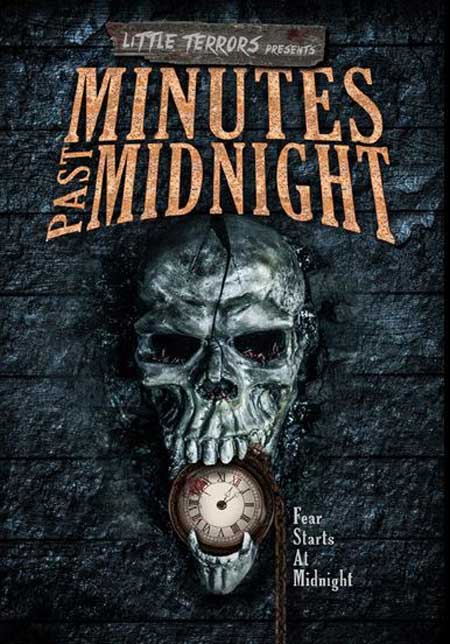 As midnight falls, all manner of terror invades the Earth. Demons, cannibals, killers, ghosts and monsters swarm the world in these tales of the supernatural, the fantastic, and the just plain horrific. Featuring nine stories of horror.

This is the first in a series of anthology films from five different production companies. This film, featuring nine horror shorts, was a project conceived by Justin McConnell of the long standing Toronto film festival ‘Little Terrors.’ This is a curated collection, with an overall production quality that is very high. Though this is being released in 2016, several of these shorts have been around since the early 2010’s. 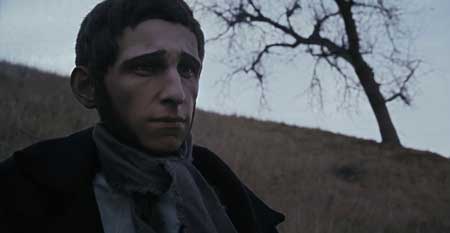 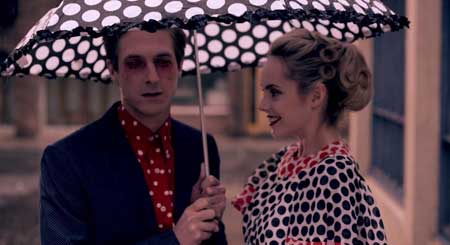 In the vain of other recent anthologies such as ‘ABC’s of Death’ or ‘Tales of Halloween’, ‘Minutes Past Midnight’ is a well-paced horror showcase. Never steering too far off the road of mediocrity, it still maintains enough forward momentum to never feel like a slog. There’s no through line or connection to a larger idea, which in no way hurts the movie. No kids stumbling onto a secret stash of recent short film festival participants in an abandoned farmhouse feels necessary here.

Horror works best in the short form when it is a clearly presented situation set-up to deliver a twist or misdirection. That notwithstanding, there’s almost no satisfying endings contained in any of the 9 shorts, instead they seem to be written as pieces of unfinished larger projects, forever banished to the land of full length budgets that weren’t. ‘Awake’ and ‘Timothy’ seem particularly unfinished in their short form.

‘Feeder’ the 6th short feels most purposeful in the medium of short. Perhaps, it’s the scariest in execution, and features the only jump scares of the entire anthology. Directed by New Zealander Christian Rivers, (he was involved in New Zealand’s chief export, the Lord of the Rings trilogy.) The plot follows a musician, stuck in a creative rut. Moving to the inspiration capital of the world, the middle class suburbs of New Zealand, he hides himself away seeking a new muse. The man finds that some evil inside of the house is willing to trade sacrifices for inspiration. Thanks to that floor-based inspiration his writer’s block is lifted, and he can bring the world closer together with his mediocre blues rock.

The two other shorts that standout are the beautiful puppet ghost story ‘The Mill at Calder’s End’ which is the slowest paced, and least likely to keep you from shutting off the lights at night. However, if allowed to get lost in the artistry of the piece it feels like you could spend all day in it and not be bored. Any true mastery of practical effects feels like looking into a lost world. Also required viewing for all the Jason Flemyng fans out there, or all the Flemy faces as they’re known. 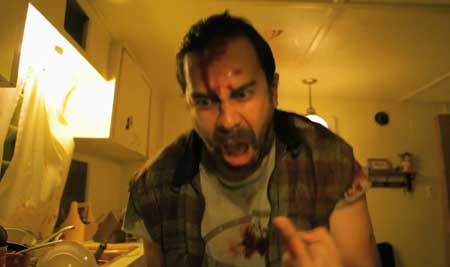 “Crazy for You’ features Arthur Darvill of genre TV staple ‘Doctor Who’ and currently ‘Legends of Tomorrow.’ Odds are high he is the only face you’ll recognize in the anthology. Unless, you are personal friends or family with the other actors, in which case, don’t tell them the mean things I’ve said. Please. ‘Crazy’ is the story of a man falling in love with the girl of his dreams while also having a slight serial killing problem when he sees polka dots. The color palette is bright and pleasant. Director James Moran has a sure hand with the dialogue and final turn of the scene. It’s a short which ended and made me want to go back and relive it’s off kilter world.

If looking to make a short movie shorter, skip ‘Roid Rage.’ It’s ‘Bad Milo’ meets Troma gore, with little more of an intention then being gross. The final short ‘Horrific’ also plays in the realm of Troma gore but it’s crazy enough and short enough to not feel unwanted. 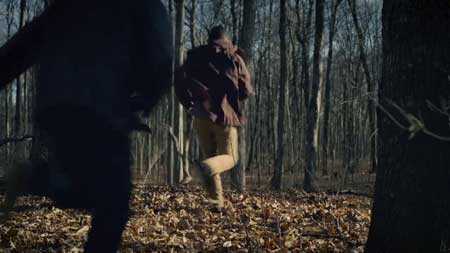 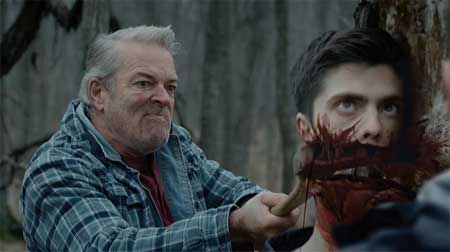 I can’t in good conscience say that ‘Minutes Past Midnight’ is a required viewing. The film is not an assault on the senses or an accosting of good taste. It’s a well-crafted and often visually arresting film full of good, if not complete, ideas. Perfect for the late fall nights when one finds themselves alone at home in a haunted house and you want to be scared but not too scared. The difference between a tickle and having your flesh ripped off. That’s when ‘Minutes Past Midnight’ will really hit the spot.