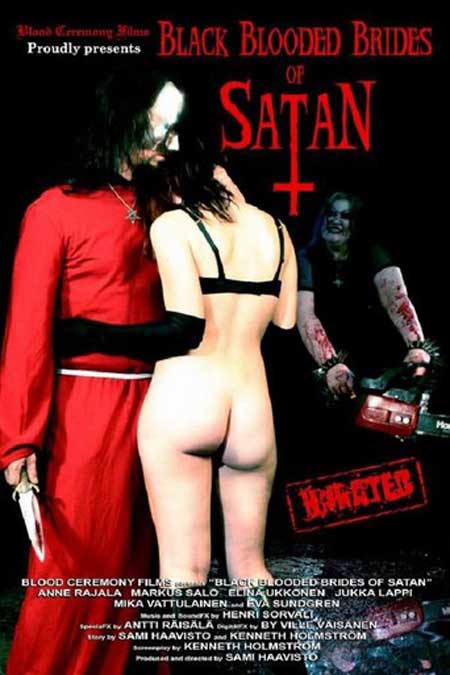 Linda is a student from a well-off family and her parents have high expectations and put a lot of pressure on her to succeed. Too high pressure and expectations cause some rebellion in the young woman, however, and lead by her friend Linda drifts into the dark and twisted world of Satan’s worship – To the clutches of charismatic Master, to rituals where truth and nightmares mix and to the vertigo of self-destruction.

The films of Finnish writer/director Sami Haavisto have a common theme running through them. They are dark, nihilistic stories of hopelessness and despair. There’s a background of black magic and the occult throughout his work as well, not to mention the sadistic characters who occupy his world. From Desire of the Innocent Blood, an erotic vampire story, to Rites of Blood, a film dealing with 18th century witchcraft, there is not only a dark vibe throughout Haavisto’s filmography, but also a strong undercurrent of blasphemy and anti-Christian sentiment. So it’s really no surprise that his latest film, Black Blooded Brides of Satan, takes everything his previous films have established and pushes it a little bit further.

We start out with a crime: Police are looking for a killer who has been murdering girls and leaving them naked and bloody in the fields. Cut quickly to a shady warehouse-looking location, where big guys in leather masks beat on and rape a young girl, then slit her throat, then rape her again, and all of it is caught on camera. This looks like the stuff that snuff films are made of. Soon the cops find another dead girl, and it just happens to be the one we’ve just seen being tortured, and things start to add up. 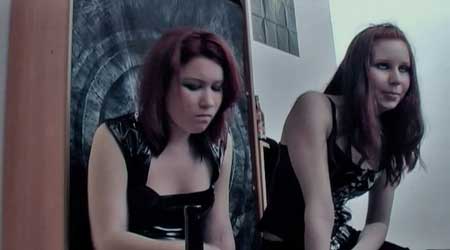 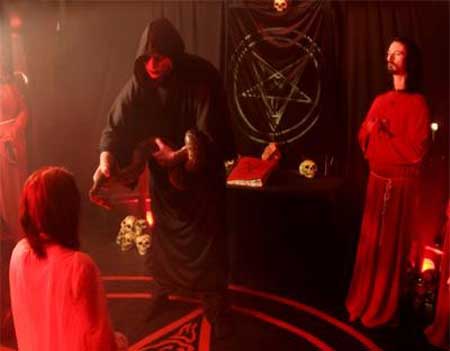 As the same time, we have Linda (Anne Rajala). She’s having a tough time at home, she can’t stand her parents, and she’s angry. After she stays out too late at a black metal concert, her dad gets angry at her and takes her phone away. That’s the last straw, and she runs away to her boyfriend Rami’s (Mikka Musakka) apartment, but he’s there with some other girl. So she heads to her friend Paula’s (Elina Ukkonen) place, where she takes pills, gets drunk, and eventually accepts her friends’ invitation to join them at a special party. But the party is actually a satanic cult, and to join means to be a member forever…although, says the Magister (Markus Salo, a Haavisto film regular), there is one way to get out, an extreme “ritual.”

Black Blooded Brides of Satan is a pretty gruesome film, and not just because of the blood and gore and sexual violence. Almost every character is in some way deplorable, and there is very little “bright side” to any of the story arcs, all the way to the very last minute of the film. For example, after being tortured and humiliated for not strictly following the Magister’s commands, one cult member runs away to a priest for help. He prays for her in a condescending way, then notices her wounds and offers to get her some lotion. He proceeds to grope her, and she runs off to call her mother, who tells her she never wants to hear from her again. There is just as much psychological torture going on in this film as there is physical, and that makes it feel brooding and uncomfortable. Obviously this is not a movie to expect will have a happy ending, but how truly unhappy the finale is somewhat surprising. 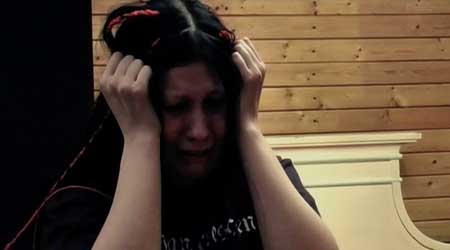 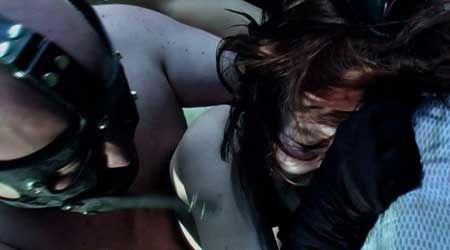 Unfortunately, for each upside to this film, there is often a downside as well. The soundtrack is pretty good, full of black metal (which makes sense seeing how many characters have the corpse paint look going), and for being a low budget indie film, it looks pretty good. The acting, on the other hand, is pretty rough, with characters either going overboard or barely delivering their lines with any feeling. The general idea of the story, and the twists it involves, is pretty interesting, but it drags here and there and feels longer than it needs to be, even though the running time is just right around 105 minutes. Just a little too much filler. 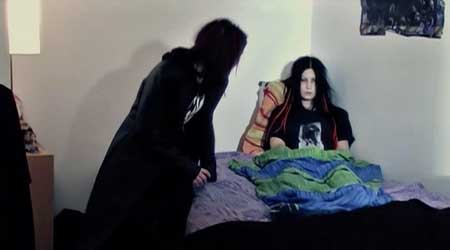 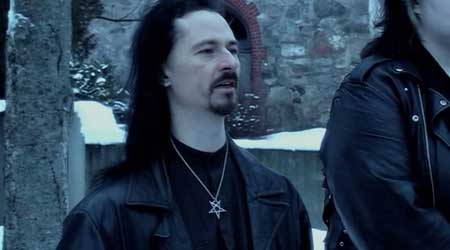 Black Blooded Brides of Satan is a dark and somewhat depressing film thanks to its nihilistic outlook on life and family and friendships. It doesn’t hold back any punches, that’s for sure, and isn’t afraid to offend in the process of telling its story. For that, I give it credit. It is by no means a bad film, and is primarily aimed at the metal audience, specifically the ones that have read Lords of Chaos and enjoy their music as blasphemous as possible. It is brutal from beginning to end, and if you can get around the little stuff and focus on the big picture, I’d say it’s worth a viewing.