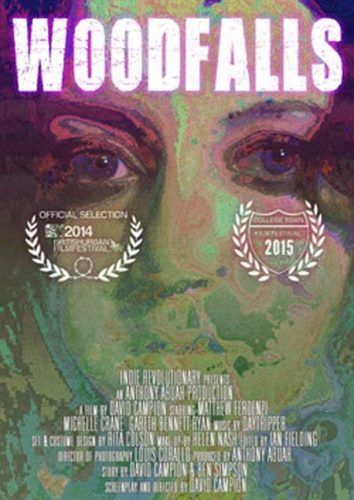 When a family of travellers move to a rural town, conflict ensues amongst the locals. Stigmatised as ‘gypsies’, they are not welcomed into the community.

A book should never be judged by its cover.  The same can be said for movies and titles.  An interesting title can pique interest in potential viewers.  However, that doesn’t mean the movie will be interesting.  That can be taken in much the same way with a bad title.  It doesn’t mean the movie will be bad.  The title of a movie should not be taken into account when choosing what to watch.  The problem is that a title is going to have some sort of influence over expectations.  Though, in some cases, the title is almost meaningless when first seen. 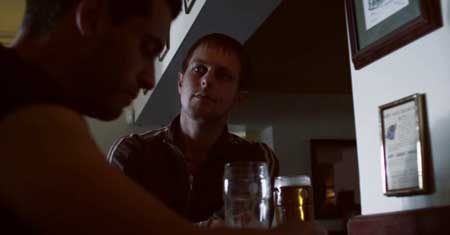 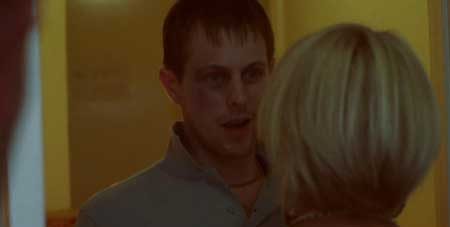 That is how the 2014 movie Woodfalls came across.  That title didn’t mean much, and it doesn’t have any real connection to the events.  There were three stories that overlapped at various points.  The movie began with Damon (Gareth Bennett-Ryan) and Billy (Matthew Ferdenzi) fighting at a bar.  It then followed Damon as he lived life over the next couple days, mostly just hanging out with people that weren’t really his friends.  It soon switched to Billy’s story which involved partying and being harassed by Damon and his goons.  Woodfalls ended with Rebecca (Michelle Crane), Billy’s sister, going out to party after being denied the chance by her brother.

Because there were three distinct chapters, the easiest way to write is to go one section at a time.  Damon was the first chapter, so that will be the starting point.  This was the least interesting chapter.  Damon was introduced as an antagonist.  In many ways, that was his role throughout the movie.  That made it difficult to be interested in what he was doing.  Damon was a bully.  That’s all he was.  There was no depth beyond that point.  His whole outlook on life was that he was better than other people and they should be harassed because of that fact.  Nobody wants to invest in a one note character that isn’t likeable.  This chapter was a chore to get through.  Also not helping was that there was no sense of the overall story, since the movie only gave one character’s series of events at a time.  It wouldn’t be until the end of the third chapter that anything came together to make sense. 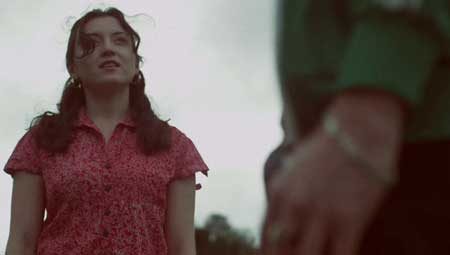 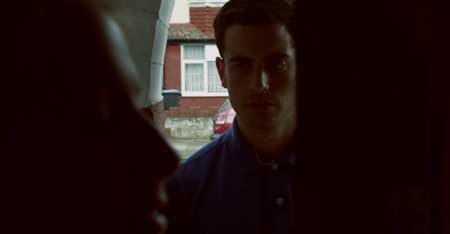 Billy’s portion of Woodfalls was not much better.  The character was a tad bit more likeable, but he still wasn’t interesting.  He was angsty, neglectful of his family, and angry at the world.  All that he wanted to do was drink, party, and forget about people being racist towards him.  There was an interesting moment during this story where he was talking to his friend about how bad it was to be a gypsy and his friend pointed out that there were other minorities in the world getting treated as bad, if not worse.  It was one of two moments that had any interesting commentary.  There was a point to the movie, thanks to this segment, but it still didn’t make a lot of sense.  It was a series of events playing out that was leading to something.  The problem was that the lead up wasn’t enthralling.

Finally, the Rebecca segment brought the story together and was interesting.  When Billy failed to invite Rebecca out to party, she took it upon herself to go out and get drunk.  There were consequences for her actions that led to the final moments of all of the characters’ stories being enlightened.  It didn’t make the events more entertaining.  It made the endings have some sense of motivation.  All three characters came together for the climax, creating a reason for their stories to be told.  However, the vast majority of the movie still didn’t have any reason to happen. 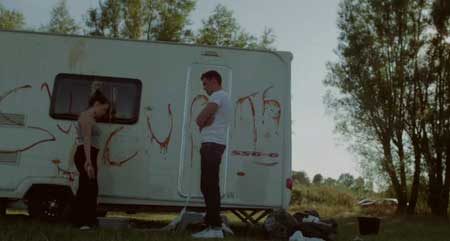 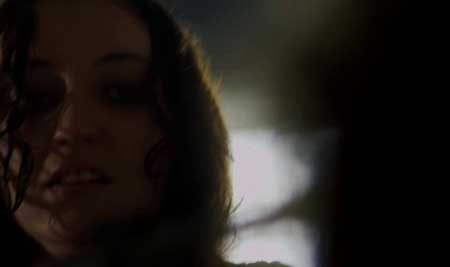 There was one major problem with Woodfalls outside of how the story was told.  It is a result of my not being from Britain.  The accents were extremely difficult to understand.  Were I more accustomed to the dialect, I would probably have followed along with what they were saying.  That’s not the case, since I’m from North America.  That may have, and probably did, lessen my enjoyment since I couldn’t understand the dialogue and lost out on the back and forth. 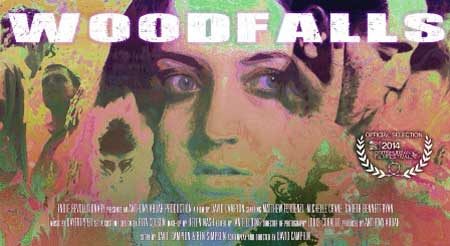 Woodfalls was not a great movie.  The way the story was told made it difficult to follow, though the ending brought the characters together in a semi-entertaining way.  Had the individual stories connected stronger, there could have been something great.  What was put to screen, however, was not.  There could be entertainment mined out of this movie, but I didn’t get much.  It was a movie that happened.  That’s about it.