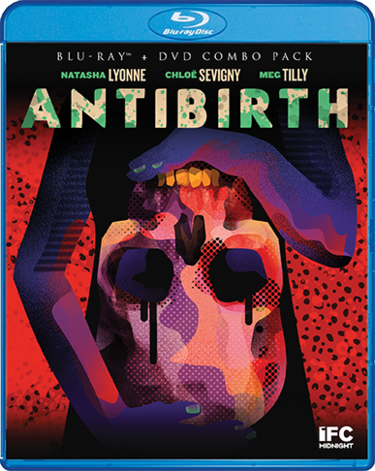 In a desolate community full of drug-addled Marines and rumors of kidnapping, a wild-eyed stoner named Lou wakes up after a wild night of partying with symptoms of a strange illness and recurring visions as she struggles to get a grip on reality while stories of conspiracy spread.

The final image of Antibirth is far and away its most traditionally horrific. It’s a compelling moment:  a sudden burst of visual and narrative crescendo that is startling in contrast to the rest of the movie. And while it may in fact offer a climax to the small, depressing personal story that Antibirth actually is, it also seems to be a teaser for the more fun, expansive movie that traditional horror fans wish Antibirth would have been. 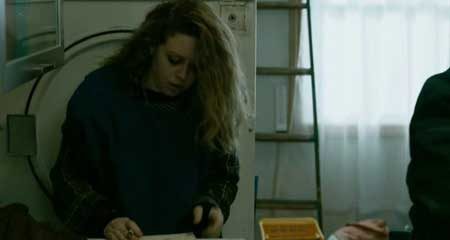 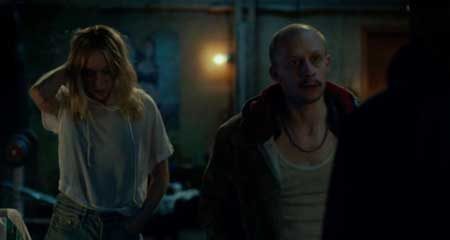 Written and directed by Danny Perez, Antibirth wants to be a lot of different things—an exercise in cringe-worthy body horror, a paranoid thriller, and an alien abduction conspiracy, just to name a few—but in checking off a whole series of boxes rather than just one or two, the movie ends up somewhat of an unfocused mishmash Some might even say a mess. And while there really is a lot to like about Antibirth, you can’t help but feel that its trio of talented and accomplished females leads—Natasha Lyonne, Chloe Sevigny, and Meg Tilly—are unfortunately punching down. 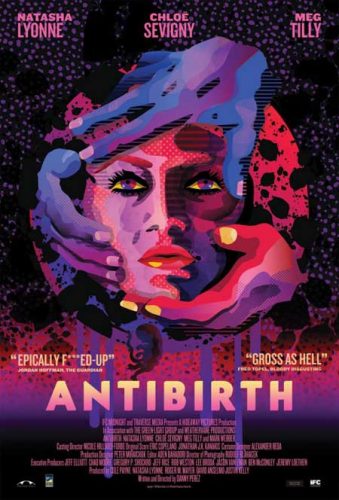 Antibirth opens in the midst of a Bacchanalian celebration: a collection of social parasites in what appears to be an old warehouse dancing around flaming trashcans, guzzling bottles of liquor that spill from their mouths, and rubbing up against each other like animals in heat. At one point, a dangerous-looking man separates a disoriented young woman from the crowd, guiding her into the inner chambers of the abandoned structure where it would appear that some sort of nefarious sexual violation awaits her in her helpless state. 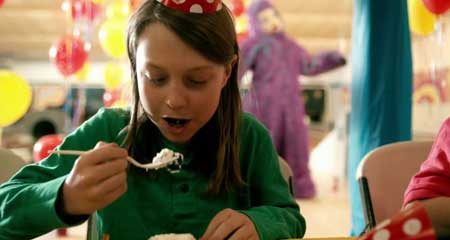 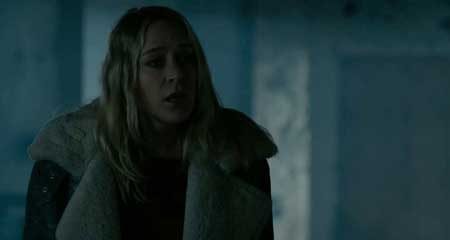 In the light of day, the girl, Lou (Natasha Lyonne), cannot remember what happened to her in the darkness that night, but she begins to exhibit signs of an unwanted pregnancy. Barely employed and all but homeless (she squats in an abandoned shanty on the edge of a depressed Michigan town that may be Detroit), Lou smokes, drinks, and consumes drugs with thoughtless abandon, doing all she can to numb the existential pain of her desolate life. Impending motherhood is no blessing to Lou, and she would be wholly ambivalent to her condition if it were not for the painfully rapid gestation and the dramatic and disturbing effects it is having on her body. 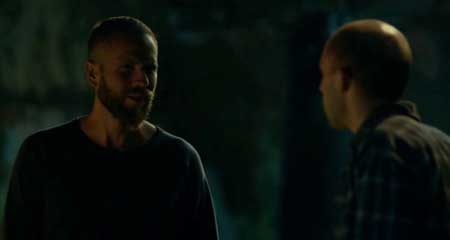 Even as Lou begins to realize that something is terribly wrong, she receives from a number of unreliable sources a series of hints and warnings of a sinister conspiracy in which she might be a pawn. With only her best friend, Sadie (Chloe Sevigny) and a mysterious drifter, Gabriel (Meg Tilly) to turn to, Lou tries to discover what has happened to her and solve the riddle of whatever it is that is growing inside her. Sort of. Mostly, though, she just continues in her self-destructive ways and stumbles through the film as she has apparently stumbled through her entire life. 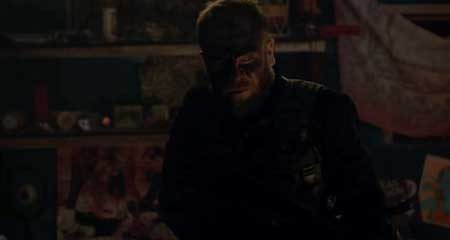 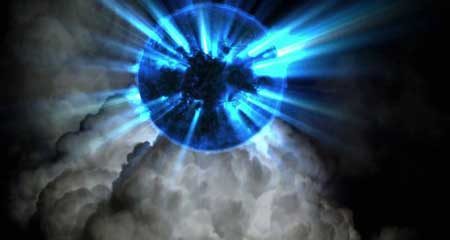 Everything about Antibirth feels foul and unseemly. Danny Perez has spun a relatively incoherent narrative in which both its heroes and its villains—though in Antibirth those distinctions are scarcely relevant—exist outside the margins of polite society, barely surviving in an underworld of predatory drug dealing, human trafficking, and universal moral bankruptcy. Despite the mystery surrounding almost everything going on around them, the characters themselves are a reliable constant:  they are lost souls, an underclass collective of users and the used, leeches and losers, expendables in every sense of the term. They walk through claustrophobic, chaotic frames polluted by smoke, in a haze of drug addiction and abuse, fulfilling their insignificant destinies without even the dimmest sense of understanding or self-awareness. They don’t act. They are acted upon. They are minor, inconsequential (with one exception) characters in a larger drama that this movie barely intersects with, and they never aspire to or even begin to rise above their station. We simply bear witness to this snapshot of their lives and the minor role they play in something far bigger than themselves. And in that sense, Antibirth succeeds.

Unfortunately, though, it’s not enough.

Much of the critical discussion of Antibirth suggests that the film is “more about” vibe and setting and atmosphere than it is about narrative or plot. That’s all well and good, but it lets the filmmakers off awfully easy. 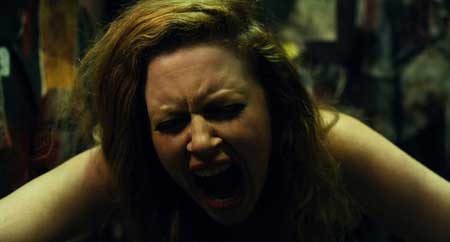 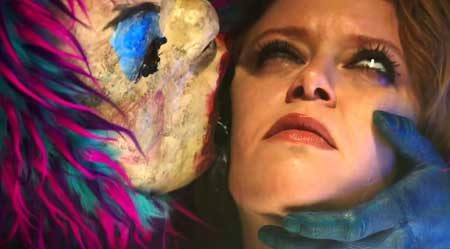 In truth, Perez the screenwriter clearly is interested in plot…but is apparently not very good at it. There are multiple hints and threads and layers of story woven through and piled upon the central characters, but Perez never actually bothers to tie it all together or to make it ultimately coherent. He himself might suggest that this was a conscious decision—an attempt to mine an emotional reaction from the viewer rather than an intellectual one—but if that’s the case, it was a bad decision.

Equally regrettable is the waste of talent that undermines Antibirth. This movie is full of quality actors—this cast has earned multiple Academy Award and Golden Globe nominations for previous work—but the end result is not equal to the sum of its parts. Though Natasha Lyonne makes a game attempt to play it straight throughout and manages to deliver a solid-though-uninteresting performance, her fellow actors alternate between camp and melodrama, and—like many other elements of Antibirth—Perez really needed to just make a choice and stick to it.

When the end title card appears suddenly to interrupt the most dramatic moment in the film and bring the proceedings to a close, it feels as if the filmmaker is stamping the movie with an exclamation point in the middle of the sentence and daring you to grapple with its unanswered questions and narrative ambiguity. Instead, the more likely reaction will be a snort of bemused laughter that will signal the last time you ever think about Antibirth ever again.

Antibirth is now available on Bluray per Shout Factory