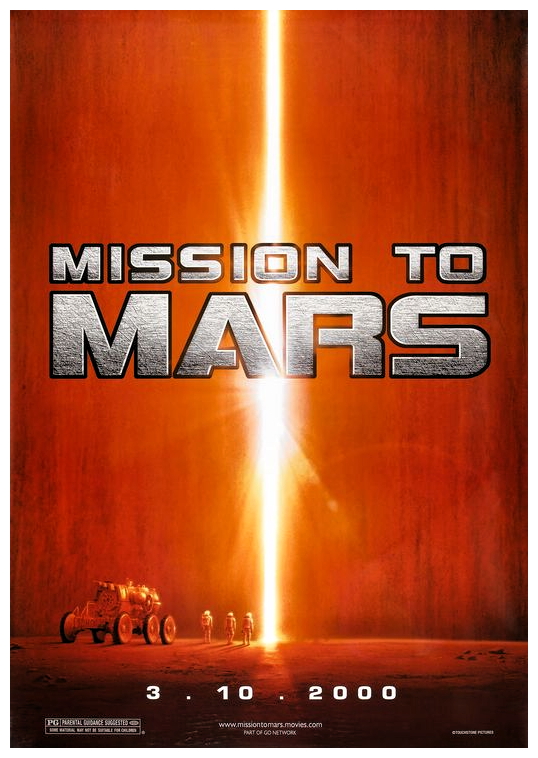 “Commander Luke Graham is selected to lead the first manned mission to Mars. Upon setting foot on the red planet, the team discovers an ancient, domelike structure which appears to be a beacon. The dome destroys the team and leaves Luke injured. The recently widowed Jim McConnell leads the rescue mission. When they arrive, they find Luke surprisingly alive, and he has spent the time alone learning the secrets of the mysterious construct. The question now becomes: do they enter the dome and answer humanity’s oldest question, perhaps risking their lives in doing so, or return to Earth with what they do know and return in force with equipment and supplies?” (Courtesy IMDB)

When NASA‘s unmanned Viking probe touched down on the surface of Mars in 1976, it dispelled a century’s worth of speculation concerning life on the red planet. Soil tests indicated the strong probability that Mars was barren, dashing the hopes of many while rendering a gazillion science fiction stories obsolete. But interest remained high, as evidenced by the viral nature of the images broadcast from the space probe Pathfinder in 1997 after it landed on Mars – one website displaying the photos registered more than one hundred million hits in a single day. While the planet appears to be a dead world, it remains within the realm of scientific possibility that Mars once teemed with life. Exploring this notion (and touching on others even more speculative about the origins of life in our solar system), Mission To Mars (2000) envisions mankind’s ill-fated first expedition to its nearest planetary neighbour. Co-producers David S. Goyer and Tom Jacobson devised the initial storyline, and a number of screenplays were commissioned (one by Jim Thomas and John Thomas, one by Graham Yost, one by Ted Tally) before the movie was eventually green-lighted. 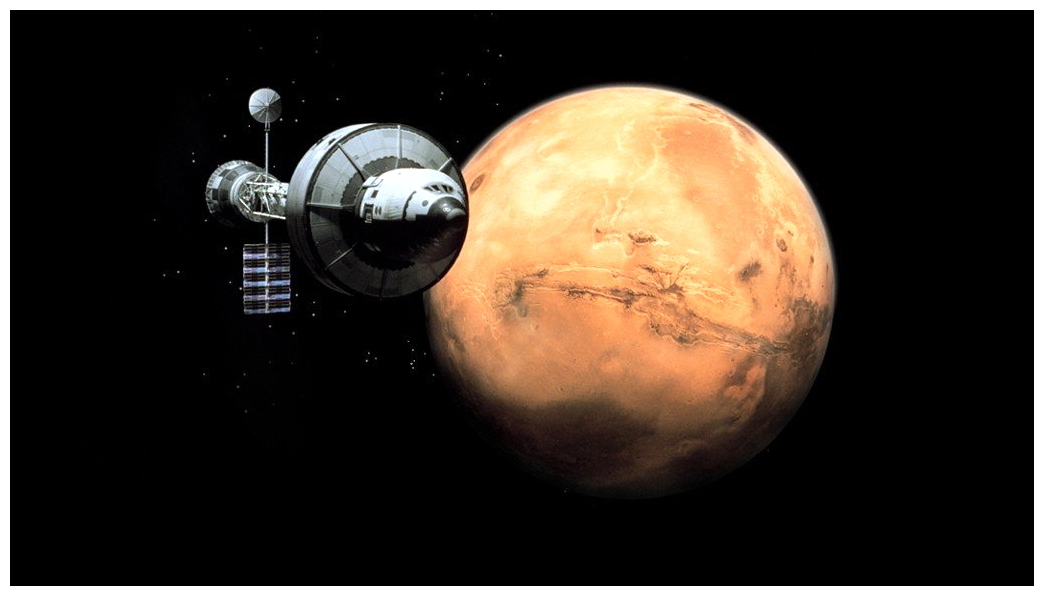 Dream Quest Images was chosen as the principal special effects house on the film while Gore Verbinski, fresh from Mousehunt (1997), signed on to direct. When Verbinski dropped out during pre-production to make The Mexican (2001), Brian De Palma took the helm just a few months prior to the commencement of principal photography. Shortly after De Palma’s arrival, Touchstone Pictures cut the production schedule by four months due to Warner Brothers‘ announcement of their own Mars movie, Red Planet (2000). More special effects companies would need to be enlisted to complete the film in time. Fortunately, De Palma had a good relationship with Industrial Light & Magic from Mission: Impossible (1996) and Snake Eyes (1998), so they were brought in as well (by the time the film was completed, more than four hundred technicians would become directly involved in the production of the special effects alone). 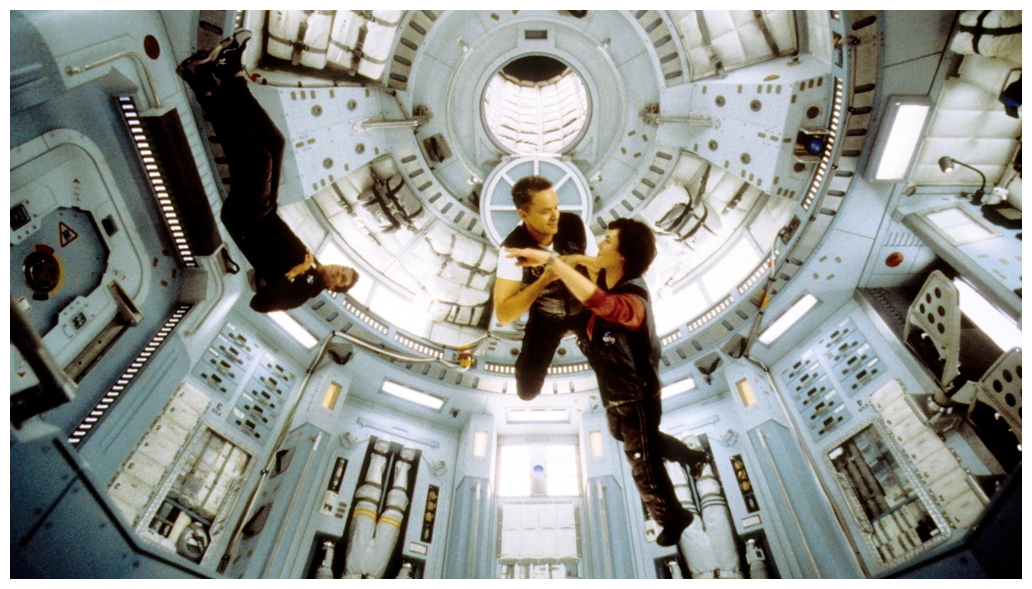 Set in the year 2020, the first manned spaceship on Mars (imaginatively named the Mars I) is commanded by a team of four astronauts headed by Luke Graham (Don Cheadle). After reporting back to the International Space Station, they hear a strange sound on their communications system, interference coming from a nearby mountain. While the astronauts scan the formation with radar, a gigantic whirling snake-like vortex of sand and rocks rises up and attacks. After the vortex subsides, a large humanoid face is exposed in the adjacent mountain. The sole survivor, Graham, is able to send a message, so the ISS prepares another ship (imaginatively named the Mars II) and a rescue team consisting of Woody Blake (Tim Robbins), Jim McConnell (Gary Sinise), Terri Fisher (Connie Nielsen) and Phil Ohlmyer (Jerry O’Connell). 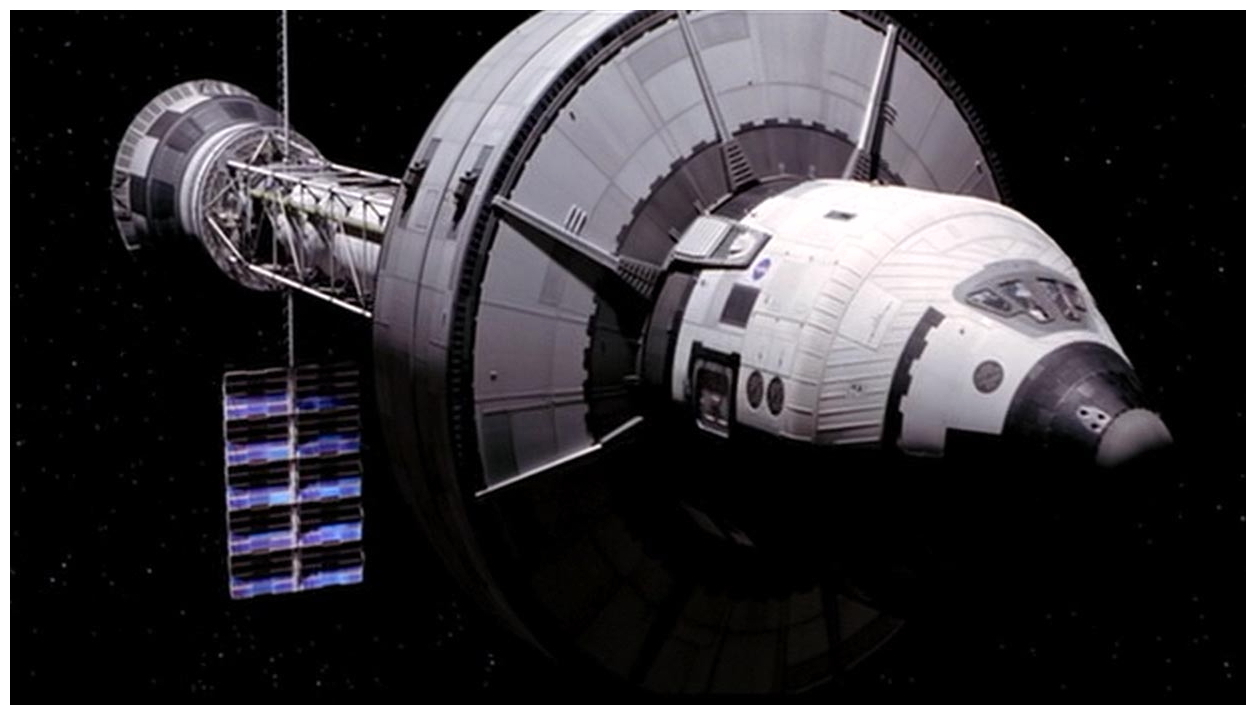 As the Mars II enters the orbit of the red planet, a shower of micro-meteoroids breaches the hull. During repairs, the external fuel tanks are overlooked and explode. Luckily, there’s a resupply module already in orbit around Mars and the crew head for that. Unluckily, Woody fails to land on the module properly and floats off into space. Terri tries to rescue him but, knowing she would run out of fuel before reaching him, Woody removes his helmet, killing himself to save her. When the survivors finally get to Mars they find Luke living in a greenhouse, and he reveals that the radio interference actually represents a map of human DNA, but with a couple of chromosomes missing. 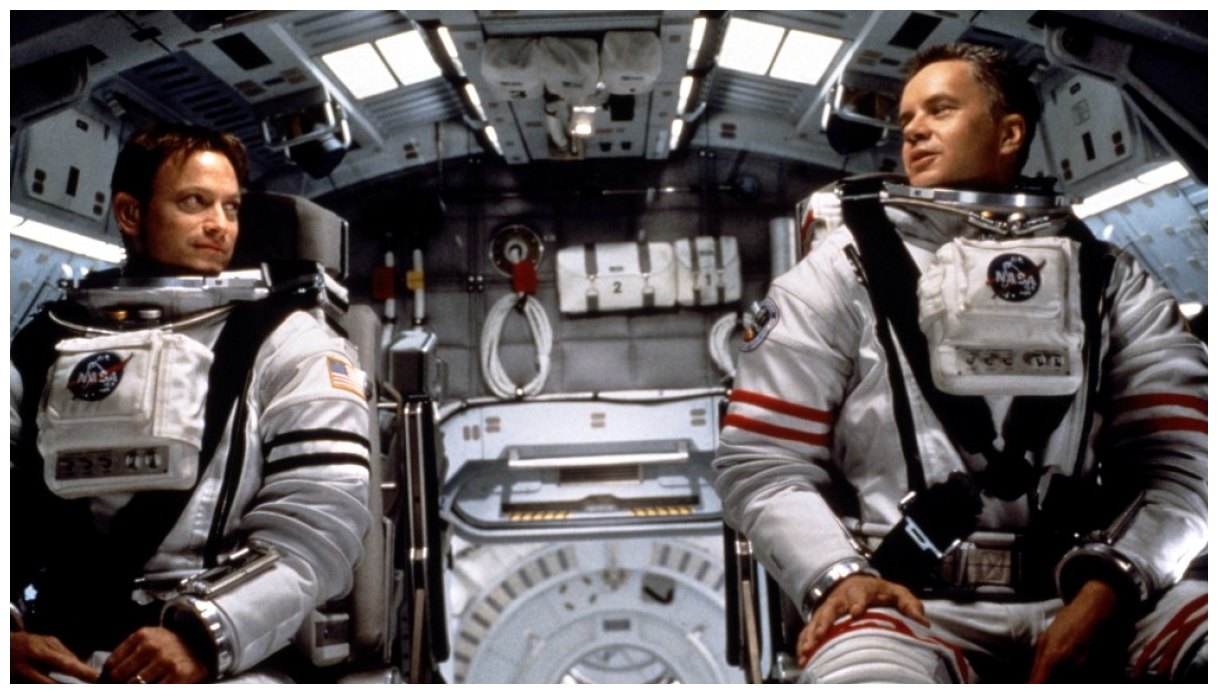 To complete the sequence, the crew send out a robotic rover to transmit the completed signal near the mountain. After the transmission a tall, narrow door appears in the side of the mountain and Jim, Terri and Luke walk in, while Phil stays with the emergency return vehicle ready to launch at the agreed time, with or without them. The door closes behind the trio, cutting off any communication to Phil, and a holographic projection pop ups depicting the planet Mars, covered with water, being struck by a large asteroid. A holographic Martian then reveals that the natives of Mars were evacuated in spaceships, one of which landed on Earth to create humans, who could one day return to Mars and be recognised as descendants. An invitation is offered for one of the astronaut to follow the Martians to their new home. Jim accepts the invite, jumps into an oxygenated capsule and blasts off to who-knows-where, while the others return safely to Earth. 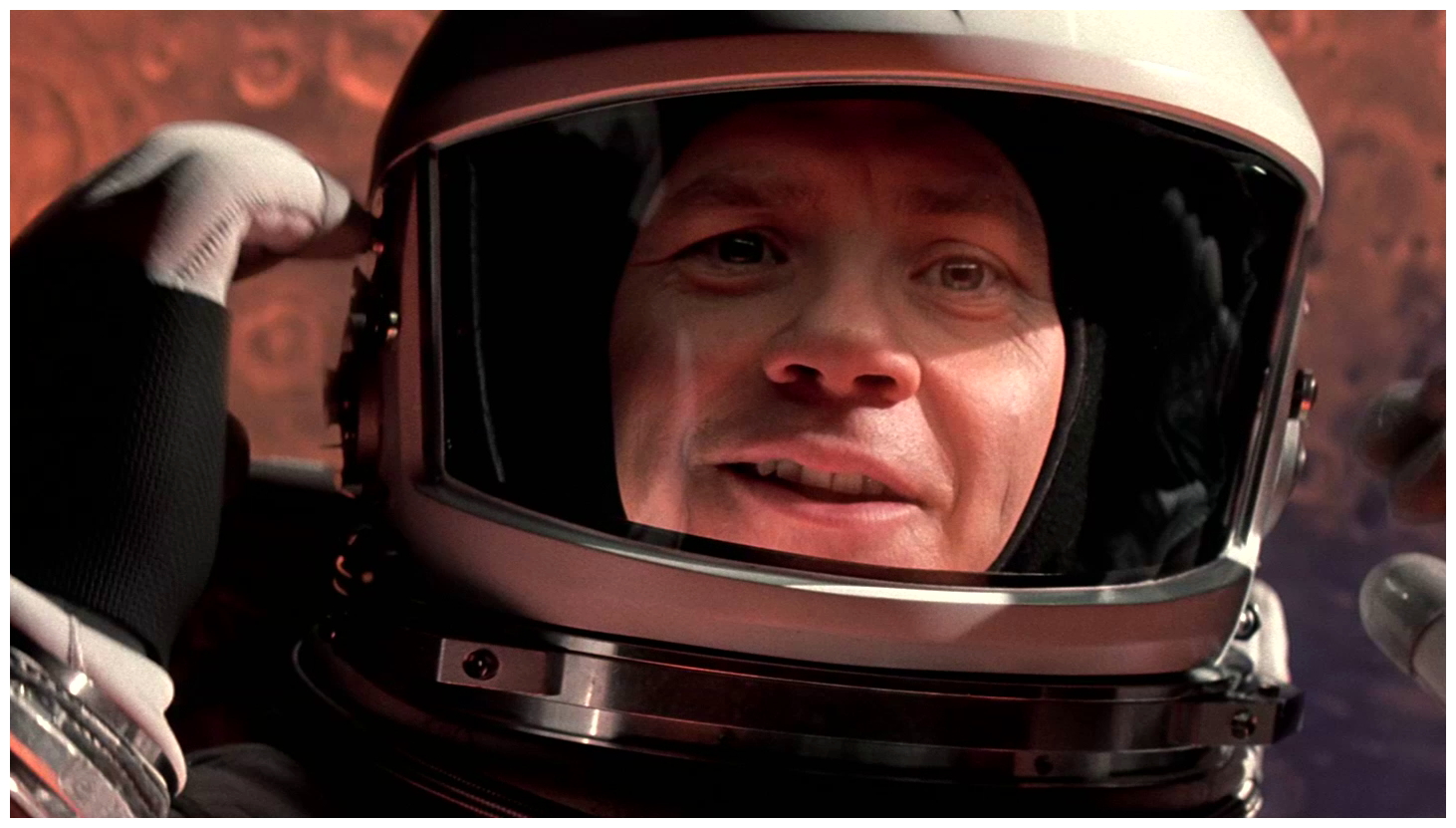 After fifteen years, I’m still not sure what to make of Mission To Mars. It’s visually nice and the performances are all fine, but it lacks originality and thoughtfulness. Some see it as a sort of remake of 2001: A Space Odyssey (1968) and, yes, it is derivative of not only Stanley Kubrick‘s masterpiece, but many other space travel films, from Conquest Of Space (1958) to Dark Star (1974), and a conclusion that owes much to Nigel Kneale‘s Quatermass & The Pit (1958). What we have here is not a single plot, but a pastiche of plots that have been strung together into one long, mysterious, grandiose storyline repeating ideas from previous films without even bothering to show them in a new or interesting light. The film starts out with a couple of scenes at a family barbecue which might have been deleted from The Right Stuff (1983) or Apollo 13 (1995), providing a little bit of character development and letting us know that we’re about to watch the first manned mission to Mars (as if the title didn’t give it away). And what space travel film would be complete without a life-threatening meteor shower? 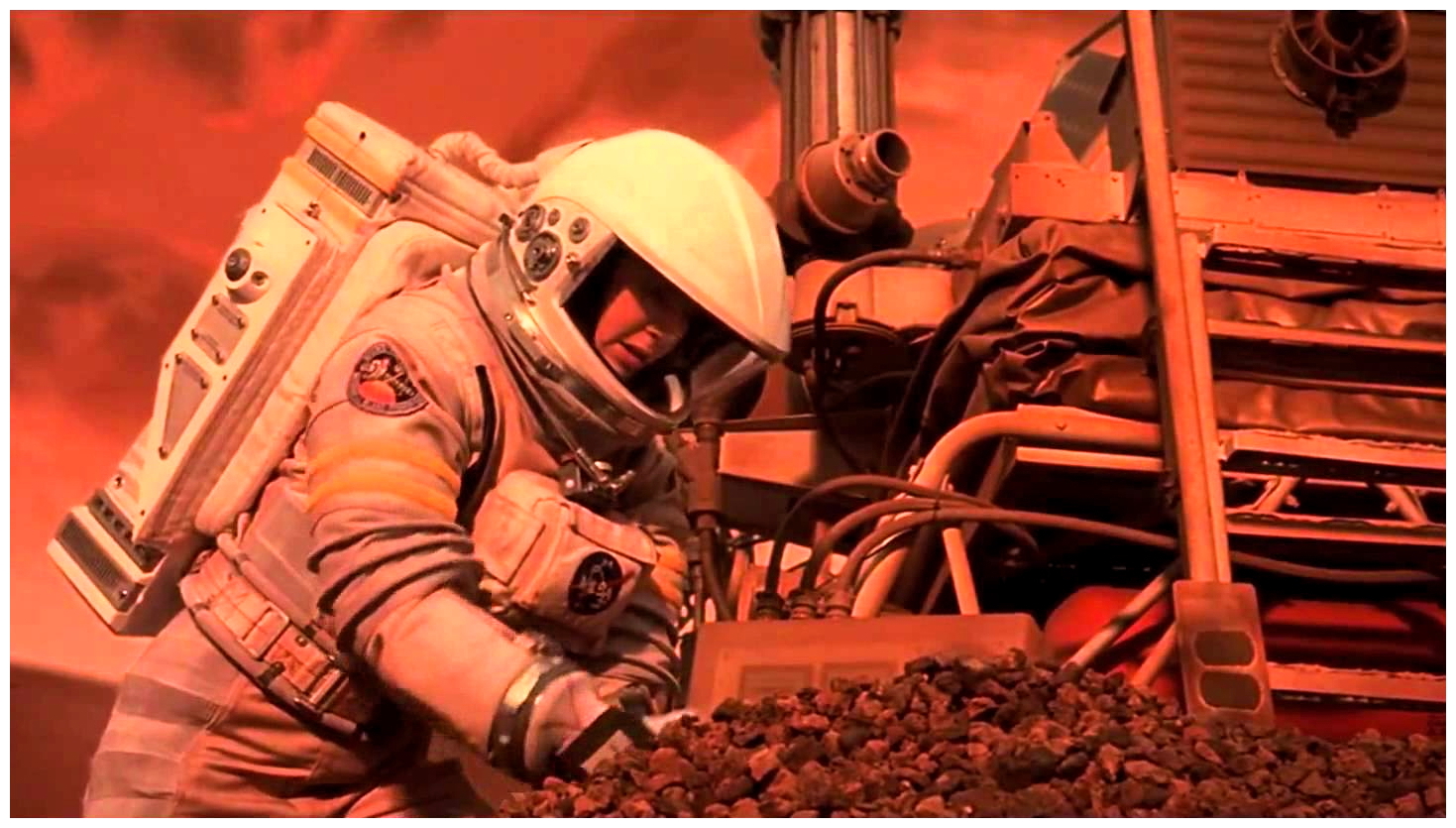 Mission To Mars is something that has been done many times before in more interesting, entertaining and thought-provoking ways. Technical proficiency, which is something this film exudes, is no substitute for a compelling story and interesting individual characters. Their lives are so intertwined in the few personal development sequences we see, that only the three leads are able to develop rudimentary individualities. Unfortunately, even in terms of technique, the film has a number of problems, not least being Ennio Morricone‘s repetitive soundtrack, and the pacing is uneven at best. Despite the use of numerous extensive special effects (a massive sandpit near Vancouver was one of the biggest movie sets ever constructed, more than nineteen hectares, and 53,000 litres of paint to spray the soil red) the film failed to garner any Oscar nominations whatsoever. You’ll find many negative reviews at the Internet Movie DataBase and Wikipedia, but here’s a few of my favourites. Bob Graham: “A very mixed bag: rhapsodic cinematography, several genuine shocks amid a suffocating air of gooeyness, impressive visual effects – even if some seem to exist in a vacuum – and an absolutely loony conclusion.” 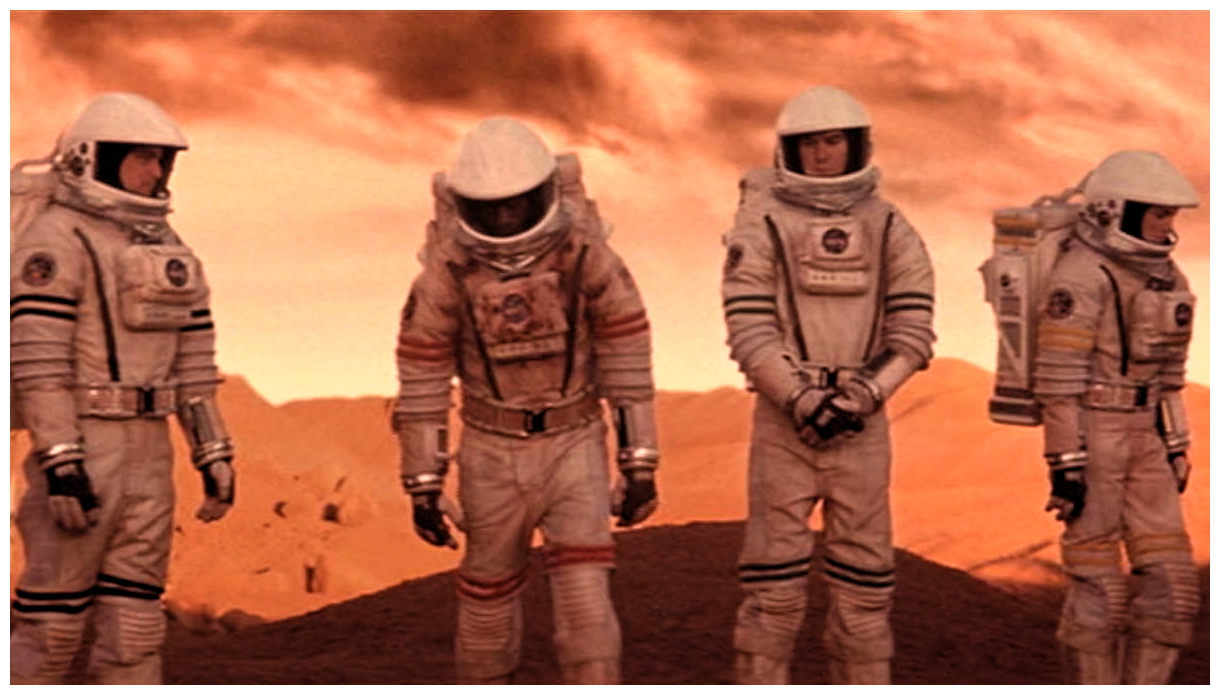 Roger Ebert: “It misses too many of its marks, but it has extraordinary things in it. It’s as if the director, the gifted Brian De Palma, rises to the occasions but the screenplay gives him nothing much to do in between them.” James Berardinelli: “Ineptly directed, badly acted and scripted with an eye towards stupidity and incoherence, the film is worthwhile only to those who are in desperate need of a nap.” J. Hoberman: “A touchy-feely esprit that’s predicated on equal parts Buck Rogers bravado and backyard barbecue, the whole burnt burger drenched in Ennio Morricone’s elegiac western-style score.” Margaret A. McGurk: “Unfortunately the filmmaker’s imagination flags in the closing sequences; the movie’s final reel looks like a high-tech museum exhibit entitled 2001: A Space Odyssey For Dummies.” There’s a fine line between flattering homage and shameless duplication, so I’d rather not get into an extrapolated discussion about the movie’s many influences – I’m not sure if Mission To Mars really deserves such sophisticated analysis. I’ll leave you that damning thought in mind and ask you to hit the highway to hell with me again next week while I drive you to delirium to witness another car crash on the boulevard of broken dreams for…Horror News! Toodles! 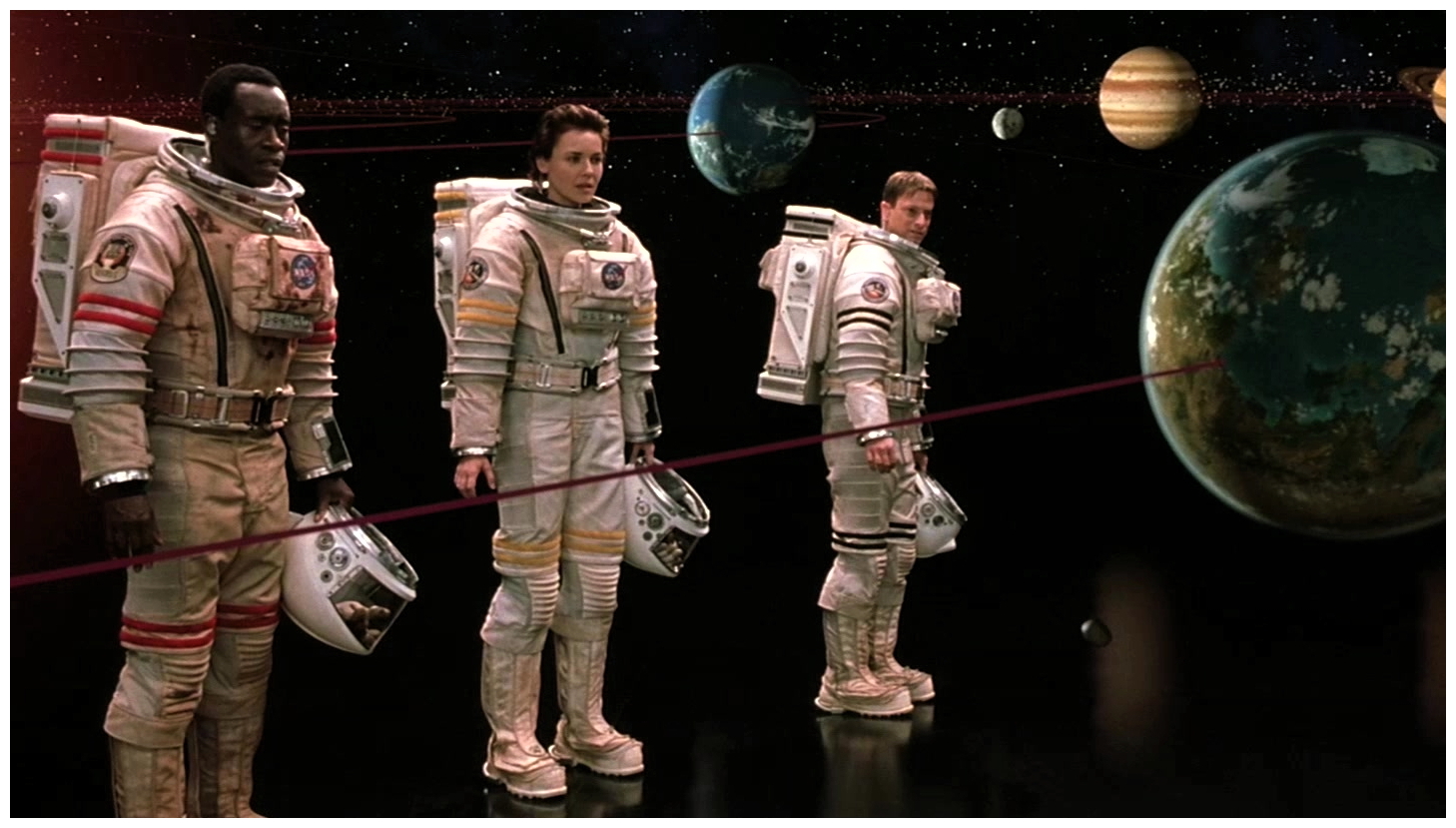