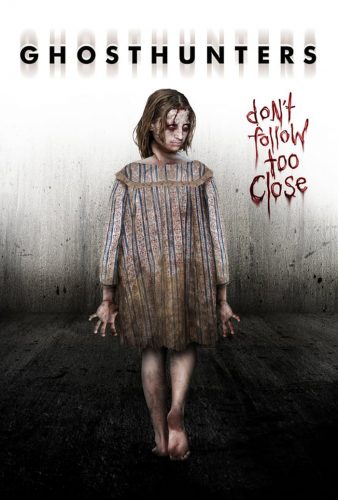 When one of their own loses his wife and daughter at the hands of a serial killer, a team of ghost hunters is determined to capture the spirits of the loved ones so their spirits can finally rest in peace. But as the team goes deeper into the house, the ghosts become more hostile, and the group discovers the true secrets of the house and its murderer.

Some would say that bad decisions are the stock-in-trade of the horror film. No matter how smart the character or how harrowing the environment, characters in horror movies just can’t help making bad—like really, really bad—decisions.

Characters in horror movies ignore ominous warnings that come from beyond the grave. They turn their backs on dangerous threats. They separate when they should stay together. They run up the stairs when they should run out the door. They don’t bother to look for companions who have wandered off and never returned. They follow voices into dark rooms when they definitely should know better. And they never seem to recognize just how much danger they are in…no matter how obvious is actually is. 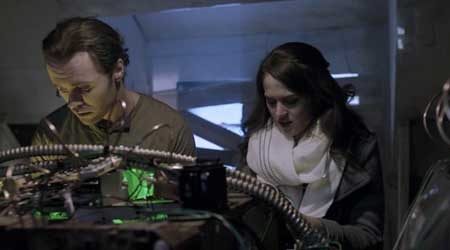 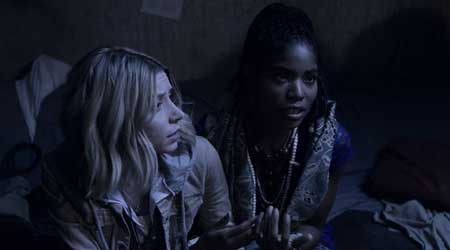 And at this point I’m just talking about Ghosthunters.

A 2016 direct-to-video release from writer-director Pearry Reginald Teo and The Asylum—the studio that brought us Sharknado—Ghosthunters is a relatively effective horror film that delivers plenty of creepy and effecting imagery and atmosphere, but too often gets undermined by the mind-numbingly bad—or better yet just plain stupid—decisions made by the so-called paranormal experts at the center of the story.

Ghosthunters opens suddenly, smash-cutting right into an intense horror set-piece that initially appears to be a low-rent Saw rip-off. Although it feels derivative at every turn, the opening scene—featuring the murder of a mother and daughter by an all-in-black, masked serial killer known as the Nightstalker—actually gets the blood pumping and establishes the film’s flare for imagery and suspense. Though the Nightstalker appears to be a McGuffin at first, his return later accounts for some of the film’s most interesting and atmospheric scenes. 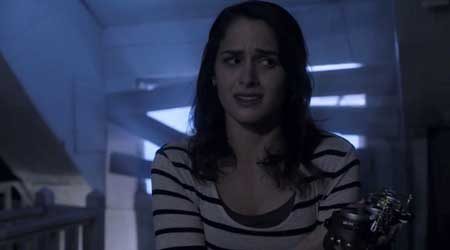 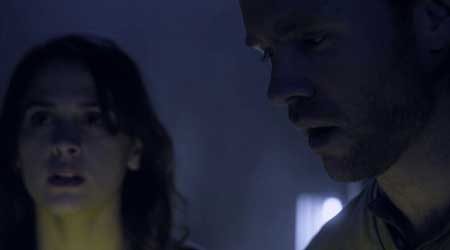 When we get to the story proper of Ghosthunters, we learn that the Nightstalker’s victims were in fact the wife and daughter of a paranormal researcher named Henry (Stephen Manley), whose team has developed a machine that captures ghosts, converts them into ectoplasm, and then analyzes its distinct code to determine who the ghost actually once was. Henry—believing that he must capture the ghosts of his wife and daughter and release them from the serial killer’s home in order to free their souls—convinces his team to join him on his mission of family salvation. That team includes Neal (David O’Donnell), an engineer who can apparently MacGyver together sophisticated ghost-hunting technology out of old lawn mowers and other yard scrap, and Jessica (Liz Fenning) a programmer who is able to write a few lines of code in the middle of a hostile environment that can decipher extractions from paranormal residue and translate them into audio representations of latent memory.  So, yeah, it’s a pretty good team.

Along for the ghost-hunting ride is Devon (Crystal Web), who is Jessica’s girlfriend and—as it turns out—a passionate student of the occult, as well as Amy (Francesca Santora), Neal’s girlfriend and a freelance reporter, whose presence allows the various characters to deliver long-winded exposition in response to explain-it-so-my-readers-will-understand type inquiries. 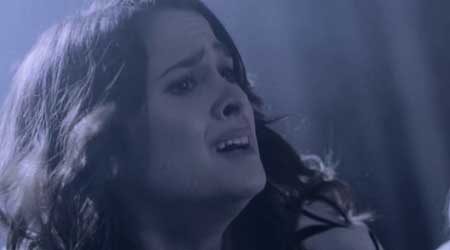 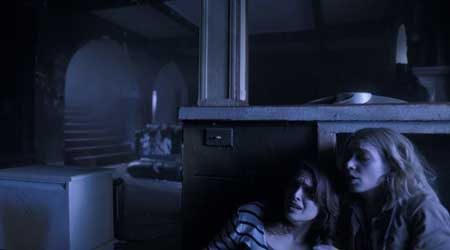 Once inside the Nightstalker’s home—a den of torture and murderous iniquity—the Ghosthunters find themselves confronted by a slew of dangerous, angry spirits and clues to a mystery that they are not even aware exists…all leading to what amounts to a total a mess of an ending.

By and large, the cast does its job and keeps the narrative—if you can call it that—moving crisply along. Francesca Santora, especially, whose role elevates as the movie rolls on, is given a lot to do and pulls it off with professional aplomb. Amy’s character arc takes her from skeptic to believer and from outsider to consummate insider, and Santora rolls with the punches to deliver a compelling and occasionally interesting anchor performance.

At the other end of the spectrum, Stephen Manley appears stuck on eleven from his first appearance to his final moment. His Henry spends the entire movie overcome with grief, drowning in sorrow, and wrestling with a horrible guilty secret that threatens to unhinge him at any moment, and Manley broods, scowls, and growls his way through every scene. His performance isn’t bad, as far as it goes, but it is about as overwrought as it could possibly be. What he lacks in modulation he makes up for in grim, boiling sincerity. 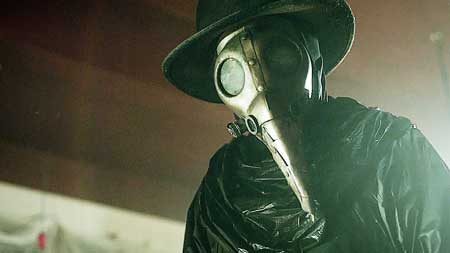 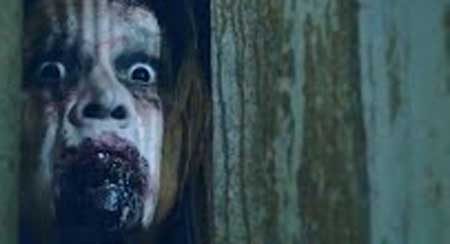 However, Ghosthunters’ success or failure (or maybe both?) falls entirely on the shoulders of writer-director Pearry Reginald Teo. Teo—whose previous credits include The Gene Generation, Dracula: The Dark Prince, and The Curse of Sleeping Beauty—does a creditable job building suspense and delivering some good scares. His strength here, though, is in constructing nightmare images, especially in a series of flashback-ish moments in which Amy is psychically cast into another dimension to witness the Nightstalker’s murders. The idea is interesting, the visuals are effective, and those scenes represent the best of what Ghosthunters has to offer.

Teo’s visual strength may even be strong enough to overcome the immense craters in reason and rationale that constantly pull the viewer out of the film and leave you scratching your head. However, once the third act reveal comes—which is well telegraphed throughout the film—and Ghosthunters attempts to start snapping the puzzle pieces in place to explain the preceding events and motivations, several previous scenes and goings-on make even less sense than they did before. Eventually, the logic of the whole thing sort of crumbles under its own weight.

In the end, though, horror fans tend to prioritize tension and dread over lucidity, and if you are willing to make that tradeoff, Ghosthunters can be oddly satisfying.