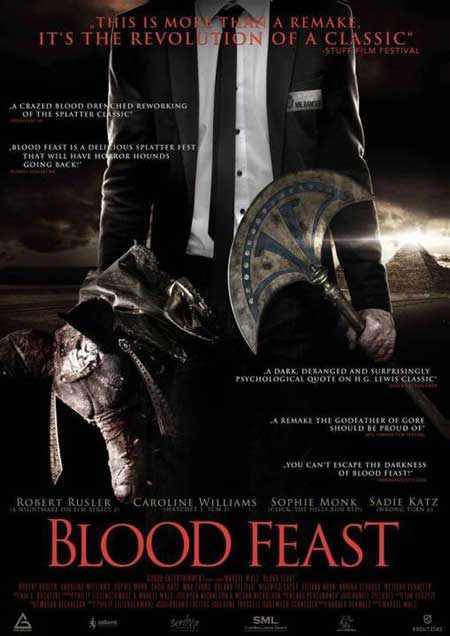 Fuad Ramses and his family have moved from the United States to France, where they run an American diner. Since business is not going too well, Fuad also works night shifts in a museum of ancient Egyptian culture. During these long, lonely nights he is repeatedly drawn to a statue representing the seductive ancient goddess ISHTAR. He becomes more and more allured by the goddess as she speaks to him in visions. Eventually he succumbs to her deadly charms.

It used to be, you mentioned the idea of a horror remake to your typical horror fan, you had better duck pretty quick or risk being hit with whatever was within arm’s reach. Without even seeing the film, people already knew they hated it. It was like making fun of someone’s recently-passed mother to say that a remake of an old favorite had even one redeeming quality. Well, luckily, most of us have grown up a little and finally admitted that a film being remade does not mean the original one has been wiped clean from our memories, a la Eternal Sunshine of the Spotless Mind. Some of us have even admitted that there are some movies that we love that could maybe benefit from a remake or reboot – effects work has come a long way since the 1960s. 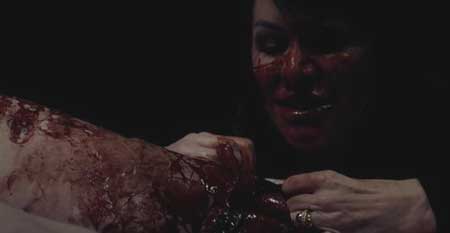 And when a filmmaker is able to take a classic (Dawn of the Dead is a good example) and, rather than remake it scene for scene, instead takes the general premise and brings the story in a new direction, hey, that’s kind of exciting isn’t it? All this to say, in a long winded kind of way, that if you’re still riding that “all remakes suck” bandwagon, why not think about getting off at the next stop and checking out one of the more recent ones? And I’ve got just the movie for you… 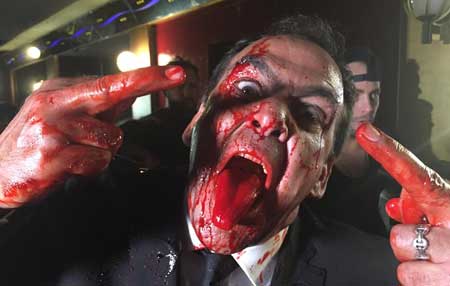 Marcel Walz’s Blood Feast has been making quite a bit of noise for a while now, and only recently has it raised from a loud whisper to a howl. Anyone familiar with the work of Walz (La Petite Mort parts 1 & 2, Seed 2, and Schlaraffenhaus, just to name a few) already knows that this is a director with a talent for bringing the horror and an eye for putting together brutal, nasty scenes. Now bring back Ryan and Megan Nicholson, gore effects experts, to add the blood and guts and gore to the feast, as well as relative newcomer Philip Lilienschwartz to take the idea of the original Blood Feast and write it with a new, updated flavor. Not satisfied yet? Okay, how about filling the cast with familiar horror faces – Caroline Williams (Stretch from Texas Chainsaw Massacre 2), Sophie Monk (Alexa from The Hills Run Red), Sadie Katz (Sally from Wrong Turn 6), Walz regular Annika Straus (Dominique from the La Petite Mort films), and the 2016 version of Fuad Ramses himself, Robert Rusler (take your pick – he’s Max from Weird Science and Ron Grady from A Nightmare on Elm Street 2). This, my friends, is an equation that equals a lot of bloody fun.

I’m not going to lie here – Herschell Gordon Lewis is one of my absolute favorite filmmakers, and Blood Feast (1963) is one of my favorite movies, horror or otherwise. So I was very excited to see Walz take his version in a familiar, but at the same time very different direction in order to bring something new to the table. Fuad Ramses is a hard-working American expatriate living with his wife, Louise, and daughter, Penny (Williams and Monk, respectively), in the suburbs of Paris. By day, he runs the Ramses American Diner, and at night he works as a security guard at a local museum, working two jobs in hopes of not only providing for his family but also putting Penny through college. Needless to say, he’s stressed and exhausted, so when he runs into the beautiful goddess Ishtar (Katz) at the museum, and she asks him (aka seduces him) to do some pretty bad things in order to bring her back, it’s not surprising that he has trouble deciphering what is right and what is horribly wrong. Similarly, when he invites his family to a special party (i.e. feast), it’s not surprising that they happily accept the invitation…if only they knew.

Yes, the story here is different, fifty years later, but the bloodshed refuses to disappoint. This Fuad Ramses is not shy about going straight for the jugular when it comes to getting what he wants, and virtually no one is safe from his deranged dinner plans. Flesh is torn, genitals are mutilated, blood is spilled copiously, and I think old school Lewis fans will be happy to see a couple of familiar injuries inflicted on helpless victims. The gore quotient moves forward a lot like a fireworks show – we get some good stuff early and often, but it’s the finale when we really get our money’s worth, and this finale steps things up a notch in a dark and brutal way. 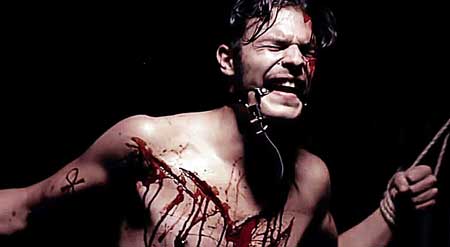 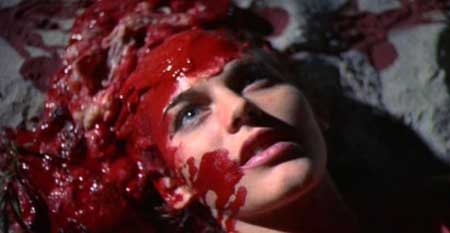 Marcel Walz made a very gutsy decision when he decided to take on the remake of one of the “godfather of gore’s” absolute classics. Lucky for us, he did so with respect for the original as well as a willingness to try something different. He put together a great cast and crew and ended up with something special. Blood Feast is a gore-soaked, darkly funny tribute to everything that made us become horror fans. This is in no way a replacement for the original, and I don’t think anyone involved intended it to be. It takes itself seriously as a remake of a true classic while at the same time refusing to take itself too seriously in that Hollywood, CGI overkill, glossy-but-heartless kind of way, and if for no other reason, that is precisely why this is a great movie. Walz already has a great back catalog of films, and if this new one is any indication, he has an even brighter future.