Home | Escapism in the Face of the Corona Virus 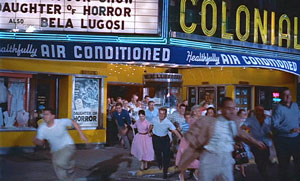 It can be said that movies are therapeutic. In times of crisis, often war times, when Americans needed to take their minds off the country’s problems, they turned to cinema.

Today, we are challenged by the threats of the Corona Virus and while the public must stay vigilant when it comes to health and wellness, let’s not forget our mental health.

Do yourself a favor and escape from reality for two hours with the magic of film-making. A great film can transport you to another place and time and submerge you into it’s story. We might not have the luxury of a local movie theater but in today’s cinematic landscape, video on demand is more prevalent than ever.

In a time of social distancing, your best friend can be your iphone, ipad, and television. We might not be allowed to congregate at theaters, concerts and other public events, but we can join our friends of the silver screen for a trip into drama, comedy, science fiction, and horror.

I urge you to take a break from the media monster and just relax. We at HNN recommend the horror genre to feed your need for entertainment.  It’s a place where Ash doesn’t have to wash his hands before fighting off the Evil Dead.  It’s a place where we chew bubble gum, kick ass and put on special sunglasses to see those really infected.   It’s a place where the end of the world is caused by a zombie apocalypse.  It’s a place that I like to call home.  Horror!

With the recent Covid-19 outbreak many people have become unemployed and have had to stretch out their savings and stick to a tight budget.  Here is a cool budget planning calculator that we found to help you decide things like, what VOD services and snack foods can I swing while living off my stimulus check.

There is an entire universe of horror waiting to be explored – affordably – from companies like, Bayview Entertainment. Some of their recent horror releases include, The Black Gate, Turnabout, The Theatre of Terror, Omnivores, Resonance, Let’s Talk About “IT”, Savage Island, and The Shadow Walkers.

How about a deep dive into the world of Artsploitation Films with releases, Trauma, Red Christmas, Blood Paradise, Rondo, Snowflake, and Luciferina.

It doesn’t matter what your favorite flavor of horror is, the important thing is to take some time to escape from reality and invest in your mental well being, invest in horror movies.  They just might save your sanity. 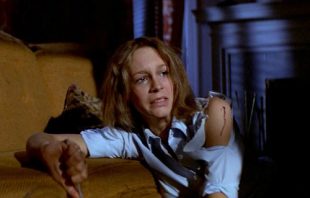