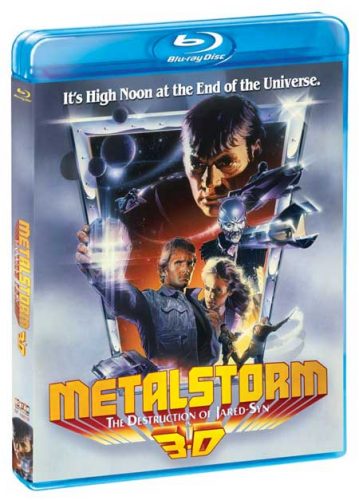 On a desert planet, warlord Jared-Syn is trying to convince a tribe of mutants that he’s their messiah and gain unlimited power hidden in a crystal. Ranger Dogen and explorer Dhyana, who’s father was murdered by Syn, must stop him

It was 1983, I was in my teens, and remember this release quite well. The movie “Metalstorm: The Destruction of Jared-Syn” was a bit of a dupe, or in other words a B-movie that got a theatre release at the time that really shouldn’t have. Though don’t let that affect your mission to view this class B cult film. The movie was directed by Charles Band, of whom is quite know for his quarky lil film experiences. The film follows in the footstep of other B movie theatre releases such as 1978’s “Laserblast“, “Exterminators of the Year 3000” and “Message from Space” (also released that year). It was an era where the slightest indication of “any” cutting edge special FX seemed to be enough to grab some movie tickets and popcorn for. 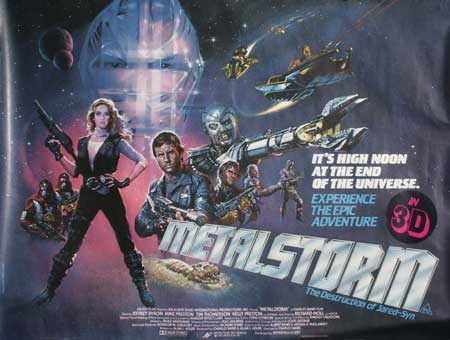 “Metalstorm: The Destruction of Jared-Syn” was one of the early front runners of the 3D movie experiences. While at the time it may have been viewed as cutting edge, it tends to employ some of the typical filmmaking trends of 3D (lots of obviously placed shots of things pointed at the camera). Toted as a science fiction adventure, this B-grade film may come across as flawed and silly but at one time served a more era-rooted purpose. Easily falling into the “so bad its good” category, the film basically followed the Mad Max-apocalyptic trends of the 80’s, catering to what was deemed popular at the time. 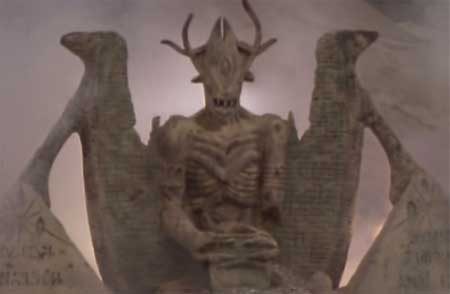 Newcomers, will come into this film with some level of bewilderment that maybe they just sat down to another Troma release, however Metalstorm: The Destruction of Jared-Syn had good intentions to try and provide some comic book like science fiction to the table. Wardrobe outfits range from ok to bad with Jared-Syn coming off as a Gene Simmons meets Ru Paul’s drag race equipped with a lavish outfit that seemed “too” tailored for the setting of the film. A Star Wars influence is also evident here with similar style characters often popping in and out. 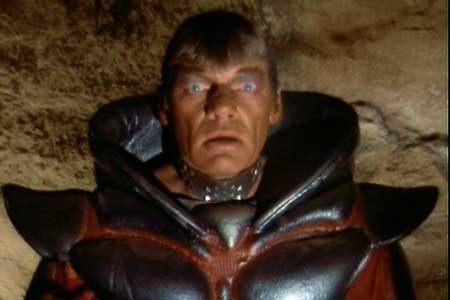 Filming takes root at Bronson Caves, Bronson Canyon, and Griffith Park, a setting that while adequate also at times comes across as a construction site quarry (It might be believable if not for the occasional mistake shot of power lines in the background) 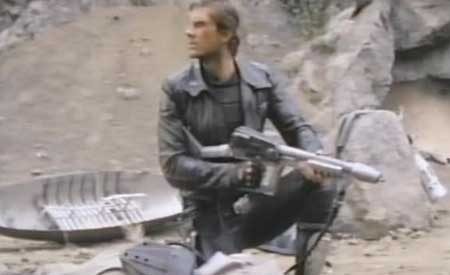 The mission of this film seems to lie between a conflict over Master crystals, a lost city and Jared-Syn dominance over the people of the time. Dogen is intent on taking down Jared-syn, a supernatural criminal that presides over the planet of Lemuria, and leader of the rogue group “the One Eyes”. His initial encounter with Dhyana (Kelly Preston) leads to further motivation aimed at avenging her father, a victim of Baal’s attack.

Baal, (David Smith) (half-man half-machine) son of Jared-Syn, acts as the primary leading henchman equipped with a meta arm that sprays a hallucinogenic green acid designed to transport the inflicted into a Jared-Syn influenced hell (of sorts) (Also intended to seize the affected’s life force). Baal is the poster boy of this film acting as the marketed bad man (part of the original press kit appeal). Jared-syn is the acting overlord (Michael Preston whom appears to be no relation to Kelly) intent on pure dominance. 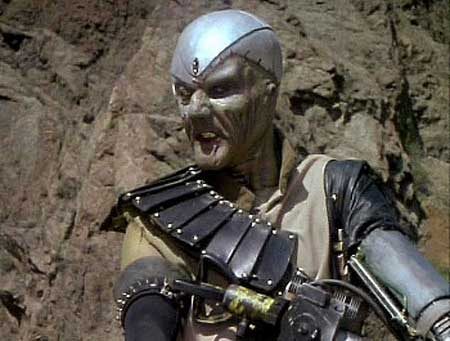 Fans will note the early appearance of well known actor Kelly Preston (only 21 at the time) who can be seen in one of her earlier acting gigs. Actor Richard Moll appears in the film later as Hurok, an eventual aid to Dogen’s mission and lead cyclopean desert mutant. 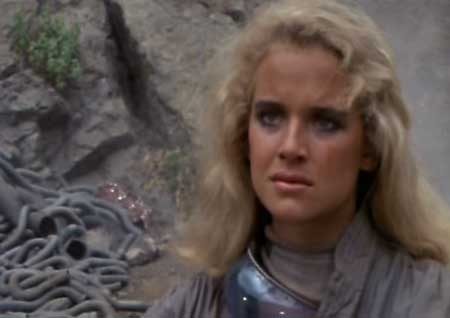 Kudos to Shout Factory for not only wiping the dust off these lost releases but giving them a new packaging and upgrade to expose to later generation movie watchers. Prior to “this” release, the film saw a 2010 DVD release presented in a less attractive pan and scan version. 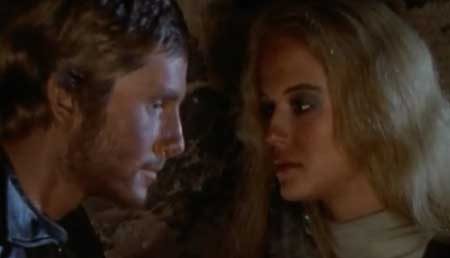 Watching “Metalstorm: The Destruction of Jared-Syn” ranks somewhere in their with telling stories of phones with cords or movies that were made of tape. So get your retro flag raised high and wear it proudly.