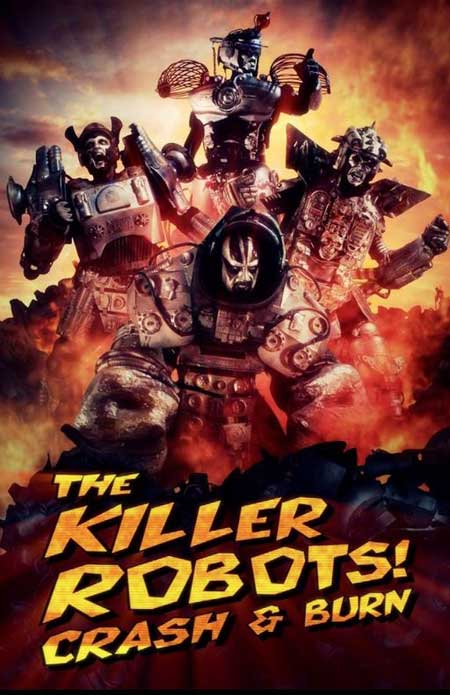 Robot mercenaries are sent on a mission to activate a machine that will bring about a new age of enlightenment.

Let me know if this sounds familiar: A band of unlikely heroes, plucked from obscurity, are tasked to save the world. That’s all The Killer Robots! Crash and Burn is, really: Four robot mercenaries are saved from the junk pile and thrust into a mission to free a planet from the grips of a virus. You’ve seen this all before.

But this is The Killer Robots! Crash and Burn. It’s worth seeing again. 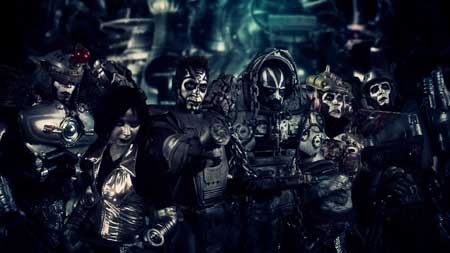 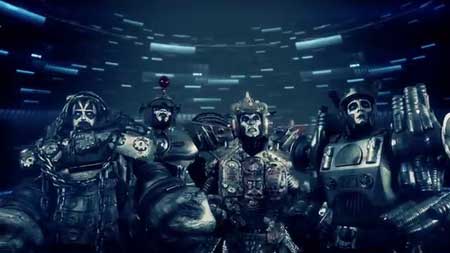 I’d go so far as to say films like The Killer Robots! Crash and Burn are a masterclass in indie film making. While it was made on a shoestring budget, it made the most out of its best resource: Time. It took Florida-based band The Killer Robots!, helmed by director and bass player Sam Gaffin, five years to put this movie together and it was worth the wait. The band, known for their flair for the theatrical, took their stage personas to the screen–and the result is obviously a labor of love. Crash and Burn is a ‘roided-out version of their first feature-length foray, The Killer Robots and the Battle for the Cosmic Potato, and every scene is composed in painstaking detail, a send-up to sci-fi B-movies.

The movie is divided into chapters, like a book or a Netflix serial–its decidedly unconventional format is one of its many quirks–so you don’t have to finish it in once sitting. A good thing too: The Killer Robots! Crash and Burn is so dedicated to being fast-paced and frenetic, you may need a second viewing to have a better understanding of what the hell’s going on. 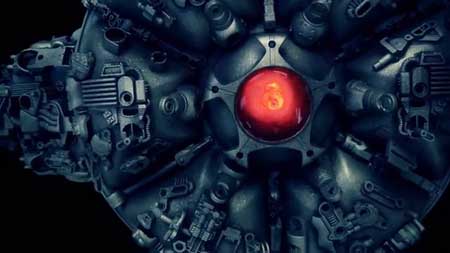 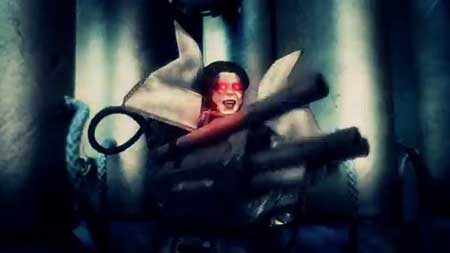 What makes this movie so fun is that, while well-crafted, it doesn’t take itself so seriously. Even the opening credits looks more like a video game cutscreen, and while there’s not much in the way of story, it still deserves high praise for being a visual treat: You’re quickly swept up in these futuristic vistas, which look immersive and feel vast. Gaffin and his crew took plastic, recycled bottles, and throwaway toy parts to take the audience on an adventure romp spanning across elaborate sets–including a gladiator arena, a spacecraft, and the once-utopian planet Vidya–in the style of Robot Jox crossed with Japanese mecha epics. Gaffin blends practical effects with a masterful use of green screen and CGI–and sure, it’s not entirely seamless, but it fully embraces its campiness, and I’d argue that’s part of its appeal.

It’s hard to gripe about character development on this one when their design is outstanding: Even in landscapes awash in chrome and gunmetal gray, it’s easy to tell our four protagonists from each other. I’m always wary of filmmakers taking on roles as actors, but the band shares a chemistry that translates well onscreen. Our leads–Auto (Gaffin), Trog (Charles Harris), (Mike McGowan) Max, and Strobo (Samuel Williams)–make the characters their own and play off each other naturally, so you root for these scrap-heap heroes as they plow through a barrage of increasingly deadly adversaries. 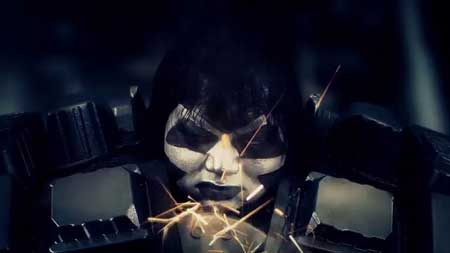 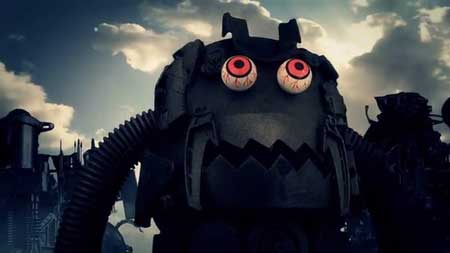 They’re not the “chosen ones” destined for greatness–if anything, the opening scene shows them as little more than cannon fodder against better-armed mechanoids. But the four do figure out early that there’s good sense in working together–even if they are ultimately torn apart for Thunderdome-style entertainment. The camaraderie is established early, and there’s a charm to it, even if there’s no room for Stand By Me sappiness. Once rebuilt, our leads are thrown headlong into a struggle to penetrate the stronghold of Vidya’s robot overlord. How? By jumpstarting an interdimensional machine that’s meant to “bring about a new age of enlightenment.” 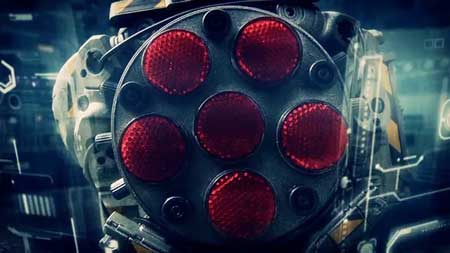 In lesser hands, this movie could have come off as a cheap appeal to nostalgia, but there’s a real sincerity and effort to the film that shines through. Set against a futuristic dystopia where robots rule, Killer Robots! is a creative spectacle destined for cult status: fun and, at times, downright trippy.