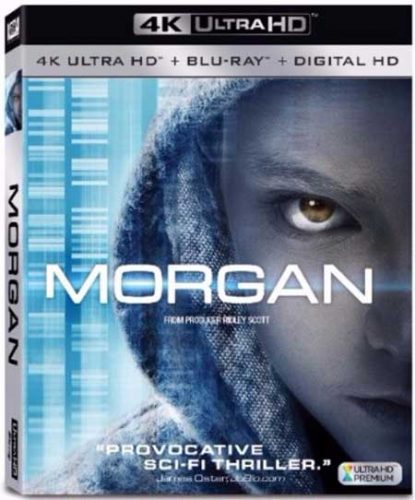 A corporate risk-management consultant has to decide and determine whether or not to terminate an artificial being’s life that was made in a laboratory environment.

I find myself feeling dubious at best when I see a trailer for a film that I hadn’t heard of beforehand. By that, I mean films that seemingly pop up out of nowhere with interesting casts and fairly interesting trailers. And by “Interesting trailers” I mean trailers that don’t tell you too much, but give you enough of a peek to start seriously thinking about plunking down your hard earned cash to see them.

Films where some really good actors go to earn their next mortgage payment.

Films where some really good actors go to earn the down payment on their new yacht. 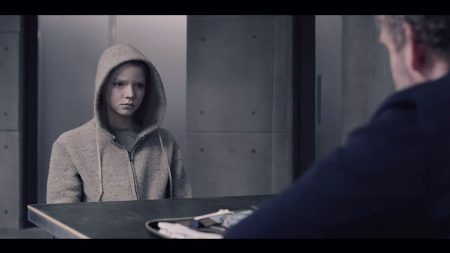 The talented Anya Taylor-Joy plays the titular character, Morgan. Referred to as “It” or “The Product”, Morgan is an artificial being who seems to have gone out of whack (She gouges out the eye of one of the doctors tending to her needs). So the company funding the experiment sends a risk management consultant, Lee Weathers (Kate Mara), to assess the project and decide if the Morgan experiment should be terminated. When she arrives at the secluded Home/Laboratory/Prison, she meets with the group of scientists who have been tending to Morgan. She immediately asks for a full briefing with Dr. Simon Ziegler (Toby Jones), who gives her (& the audience) an explanation of how Morgan came to be. He explains how the first two attempts to create this artificial being failed, but with a bit of tweaking, the third time turned out to be the charm. He shows Lee video of Morgan frolicking about, enjoying the outdoors alongside her favorite member of the team raising her, Dr. Amy Mensler (Rose Leslie). She grew rapidly, she’s only five years old chronologically, but about 14 years old in appearance. She’s also extremely intelligent, and stronger than the average 14 year old – a lot stronger actually. 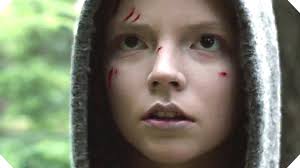 Part of the problem with Owen’s script is that very little information is given as to why Morgan exists at all. We aren’t told why these experiments are taking place, who’s funding them, or what the plan is for Morgan. Another issue is why Morgan is so good at beating people up? Who taught her how to fight as well as she does, or was that something that was programmed into her somehow, like in The Matrix (1999)? And why is everybody so robotic, almost devoid of emotion at all? Why is Dr. Shapiro so freaking angry? What exactly does Dr. Mensler do, besides sit on chairs as if she’s posing for the cover of a Janis Joplin album? Why does Weathers repeat “Let me do my job” repeatedly? Why doesn’t Morgan ever change her clothes? Why am I asking so many questions? 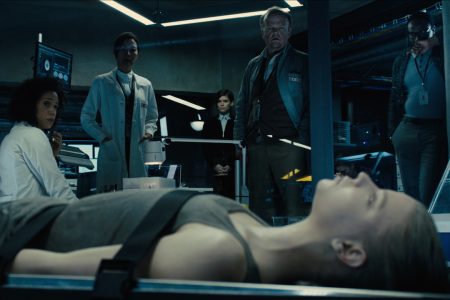 I’m asking them because Morgan is a inherently stupid film that wants its audience to be just as stupid as it is, that way no questions would be asked. And while I’m no great scholar, I know a stupid movie when I see one. I figured out the big twist fifteen minutes into the film! While I won’t spoil it here, just listen to the dialogue between Weathers and Dr. Cheng during the dinner scene, you can just get up and leave after that, it’s that obvious. Movies like this one just harsh my mellow no end, and I wasn’t kidding when I said this was the kind of movie actors appear in for their next mortgage payment, because there are some damned good actors here (Brian Cox even makes a cameo towards the end of the film), and I can’t imagine they read this script and decided this was a movie they just had to appear in. 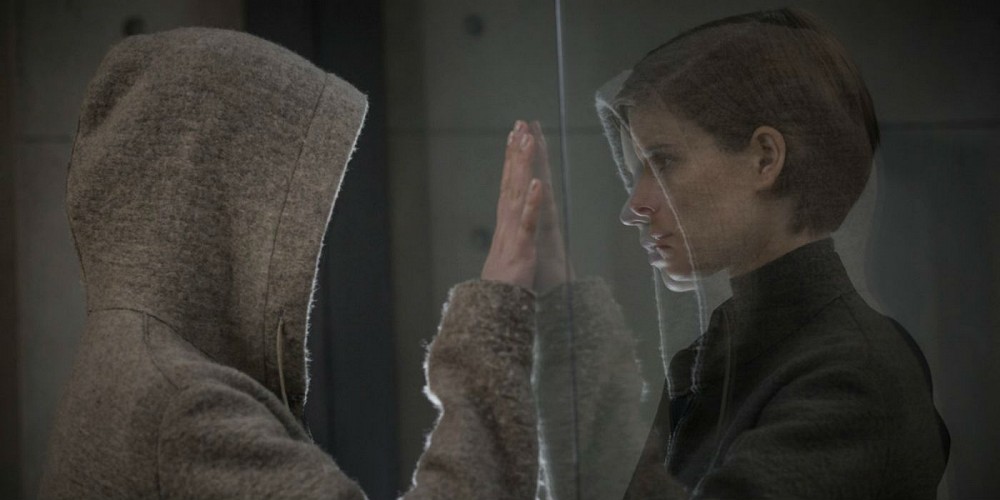 To make matters even worse, director Luke Scott (Son of Ridley “I directed ALIEN” Scott), does an absolutely horrid job directing this mess. There’s very little nuance in his style, and he insists on filming a lot of this film in extreme close up. So close that I’m intimately familiar with the fuzzy little mustache Ms. Taylor-Joy has under her nose. He also insists on filming the fight scenes in extreme close up, and when you combine that with the hack job that editor Laura Jennings does, you get fight scenes that you can’t follow. During all of the fight scenes, we see a flash of fabric (usually Morgan’s arm or leg), then a body flying against a wall. Over & over again. I’ve seen better edited fight scenes on episodes of Spongebob Squarepants. 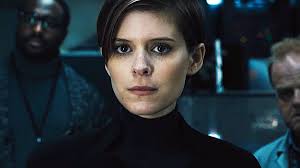 I’m convinced that films like Morgan are made to infuriate audiences. It certainly isn’t entertaining, and none of the actors (save for Ms. Taylor-Joy, who really tries to give Morgan a semblance of humanity) seem to be very interested in their roles. There is a bit of bloodshed, but nothing to get an audience excited over, and it doesn’t even look very good (despite taking place in a fairly lush forest). Max Richter’s score tries to get things revved up, but since everything on screen is so emotionless & ugly, it tries in vain. Morgan is easily one of the worst films of the year, and I’m going to scrub my forehead with a brillo pad in the hopes of scrubbing any memory of it clean out of my noggin.

Morgan is now available on bluray per 20th Century Fox