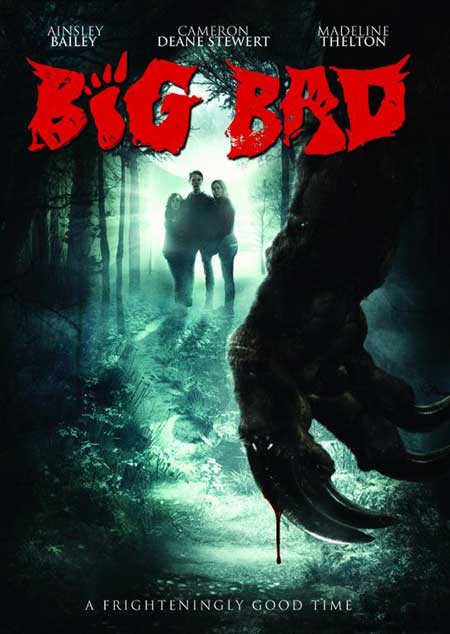 A playful nod to 80’s adventure films that finds a group kids spending the night in an abandoned jail for a school fundraiser. Things take a chilling turn when their chaperone vanishes just as a vicious beast attacks

If you dig Glee and the High School Musical flicks, you just might like Big Bad. If you’re waiting with bated breath for the new seasons of all your favorite Nickelodeon shows, you’ll probably really enjoy Big Bad. And if you’re twelve years old and a fan of overproduced, underacted, and minimally-plotted PG-ish pseudo-horror, then odds are you’ll love Big Bad.

For the rest of you, enter this movie-going experience at your own risk. 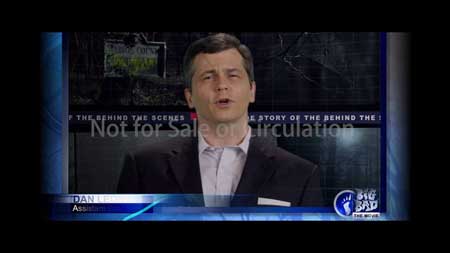 Admittedly, that might be a harsher assessment than Big Bad deserves. After all, its production values suggest a bigger budget than the filmmakers likely enjoyed, leading to the conclusion that its director and technical crew probably over-performed relative to their resources, which is to their credit. The script provides legitimate moments of adolescent angst and even a solid bit of humor, even if it generally follows a simple one-two set-up-punchline formula. And, in the end, the movie will likely frighten and please a certain narrow segment of the audience.

But even if it is intended to appeal to a younger demographic—the modern incarnation of the original Goonies fans or the kids who would have been wowed by Disney’s Escape to Witch Mountain if they’d only been born thirty years earlier—Big Bad’s slick production values and genuine sense of fun just aren’t enough to overcome its flaws.

Big Bad opens with an over-extended prologue in which a hard-luck teenager, an aggressively sexy stranger, and her why-is-he-SO-angry brother are stalked and attacked by a mysterious creature in the woods. From there—literally nearly 20% of the way into the movie—we get a highly-designed, stylish title credits sequence, which then gives way at long last to the main story. When a small group of students—Donny, Crystal, and Chase (smells like a love triangle!)—agree to spend one night in an abandoned prison for a school fundraiser, they find themselves trapped and hunted by an big, bad, inhuman beast, with only their wits and the machinations of a highly expedient script to save them. That the thing in the woods is likely a lycanthrope is suggested by the strains the playfully ominous tune “Big Bad Wolf” (written by Sam Watson and performed by Steve Azar) over the opening images; by the conveniently-timed disappearance of the kids’ teacher and chaperone, Professor Howell; and by the sinister pans and cutaways to the bright, full moon hovering in the sky. But mystery and misdirection abound, raising and sustaining the question of whether this is a traditional werewolf movie, a ghost story, or something else entirely…all the way until the film’s final scenes. When a third act twist finally does come, though, the whole point is more of a headscratcher than it is a revelation, leading to an ill-timed dose of overdone talky exposition just when the suspense and conflict should be ramping up.

Director Opie Cooper (who also co-edited the film with Justin Lutsky and co-wrote the script with Danny Dauphin, who plays Professor Howell) made his bones in advertising and as Creative Director for Eyevox Entertainment, the film’s production company and “Mississippi’s largest film and video production company.” Despite a handful of shorts and a whole lot of TV ads to his credit, Big Bad is Cooper’s first feature film, and the production values are legitimately top notch.

Cooper has clearly recruited a crew of top production professionals, who have assembled a fast-paced, slick, relatively kinetic product. The camera constantly sweeps and dollies and cranes around the characters, providing motion and momentum even when the story and performances don’t. The angles and editing engender suspense and surprise the way that a good thriller should. And the other technical elements almost all go off without a hitch. Even the performances—despite being single-note and essentially unidimensional—are technically sound though entirely uninspiring. In fact, the whole thing feels like one overlong, overproduced advertisement guaranteed to knock ‘em dead at the regional Addy Awards.

As a monster movie, though, Big Bad may work for audiences in the early stages of middle school—and there is certainly nothing wrong with that, they need monster movies, too!—but for moviegoers older or younger than that, it just never seems to find its stride. Much of the movie is perfectly suited for younger kids, but a surprisingly gruesome and bloody climax will likely be too intense for the preteen crowd. Likewise, despite its modestly nostalgic pleasures and adequate creature design, it will likely fail to inspire or engage the postpubescent viewer.

Big Bad is, indeed, relatively big, and it is certainly not bad; but in the end, there is little to scare or interest the mature or seasoned horror fan.