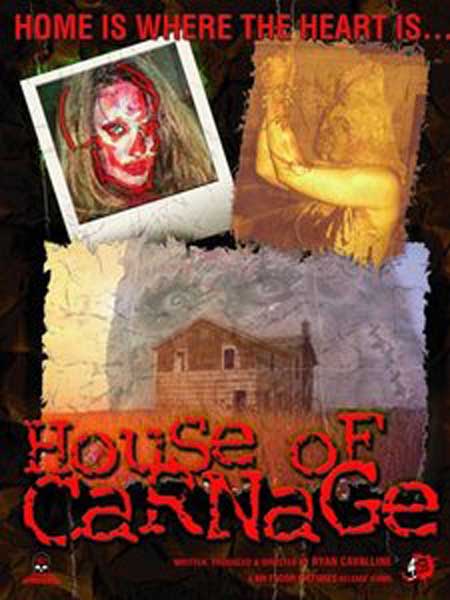 An ax-wielding cannibal chases two women through the Pennsylvania woods.

When Ryan Cavalline’s House of Carnage begins, it’s like a page right out of the original Texas Chainsaw Massacre – as the words slowly scroll across the screen (often misspelled and grammatically incorrect, which is kind of inexcusable in the day of spell check and editors), a deadpan newscaster voice (not quite John Larroquette) reads us a rundown of some brutal crimes that have occurred, adding in that there may still be a killer on the loose.

We cut to a scene in an old barn, where a guy with a bag over his head (think Jason in Friday the 13th Part 2, pre-hockey mask, or even the masked maniac in The Town That Dreaded Sundown) tortures and kills a couple of girls he has hung up on hooks. At this early point, we’ve already seen a whole lot of familiar things, details we recognize from other horror movies, but sometimes that’s okay – the horror genre is full of homages and references and little “borrows” here and there. But when you add a character in who not only acts just like a familiar old favorite, but copies their lines nearly word for word (I’m referencing Choptop from Texas Chainsaw Massacre 2 here, and his rip-off, whose character name I’m guessing is “Family Freak,” played by Wild Man Smith?), it gets really hard to take the film seriously… 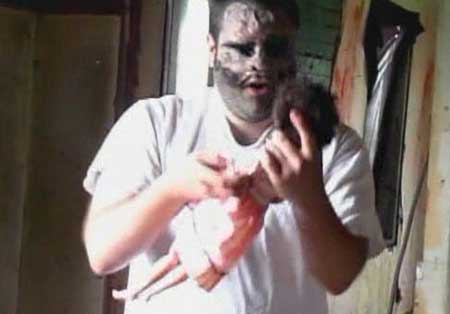 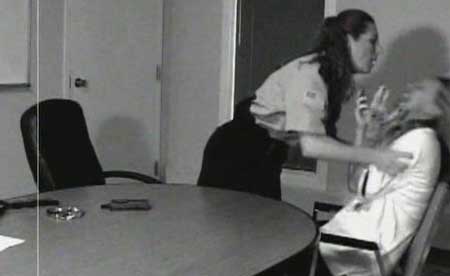 There are a lot of storylines all at once here, each seemingly fighting for screen time, which unfortunately just muddies things up and brings unnecessary confusion rather than providing extra layers. We’ve got the intro narrated backstory; we’ve got footage of a news report that swoops in now and again to provide backstory – which also goes along with an interview with a guy who wrote a book on the Sorg family, which includes interviews with the mother of the family, which then become flashbacks (I think this just became Inception); we’ve got a girl at her doctor’s office, telling how she escaped; then we’ve got the flashback to when she was originally captured; and all of this involving a bunch of characters whose names may or may not ever be given in the film. But now I feel like I’m piling on, and that’s not fair, even if that’s what it felt like the movie did, so let’s go about this a different way… 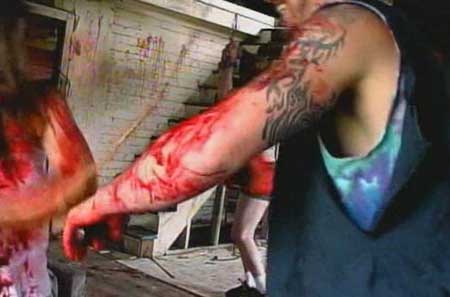 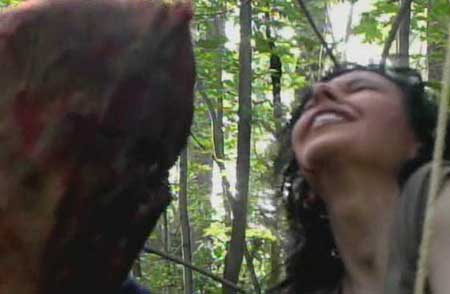 House of Carnage is about a maniacal cannibalistic family, the Sorgs, that lives in the woods and kidnaps women so that they can rape them and (hopefully) impregnate them to continue their lineage…or maybe to reproduce demons? In that aspect, this is kind of your typical lost in the woods slasher movie – you’ve got a killer, some grisly murders, and lots of boobs (because the masked killer has to tear the girls’ shirts off in order to listen to their stomachs and determine if they are carrying a demon baby, of course!). And then you’ve got a variation on the final girl, the woman who we see talking to her doctor in the present, who had escaped the evil. All the key elements are there, but somehow it still doesn’t work. 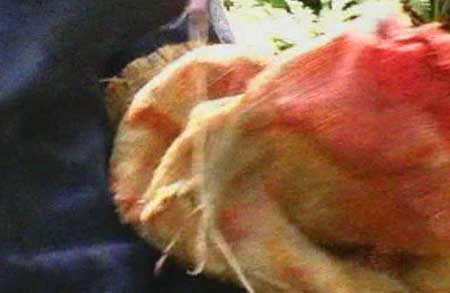 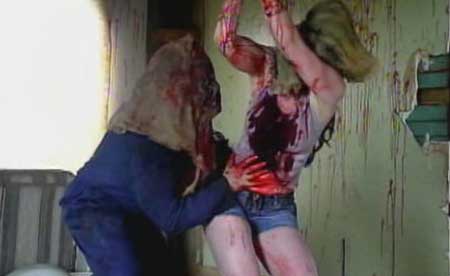 Looking at Ryan Cavalline’s filmography (he wrote, directed, and produced this one), House of Carnage falls right in the middle of his body of work – he was very busy in a very short amount of time, directing 10 films between 2002 and 2008. Many of his films have reoccurring cast members as well, or first time/only time actors. This is something I appreciate, a sure sign of an independent filmmaker who loves what they do, who puts themselves totally into their movies. Think about it, if the guy was a jerk, or came across like he didn’t know what he was doing, or even worse, didn’t care, would people come back a second, or third, or fourth time to work with him again? 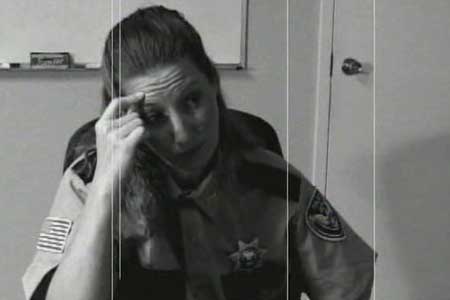 So it pains me to say that this movie is not all that great. But I will say this: I haven’t seen any of his other films, but this one clearly shows ambition and potential and some technical know-how. He’s the type of filmmaker I’d like to see given a little more money and a better script, just to see what he might accomplish.

Sadly, it would appear the last film he worked on was 2008’s Stockholm Syndrome, so we can hope that maybe he has taken the last few years to write his masterpiece. I can’t recommend House of Carnage to anyone but the most die-hard slasher fans who want to see them all. It’s on the short side (barely over 70 minutes) and it has blood and boobs, but it doesn’t bring anything new to the table. That said, I’d be more than happy to check out another of his films, even if it’s Day of the Ax, which looks to be the sequel to this film, and give Cavalline’s work another chance.