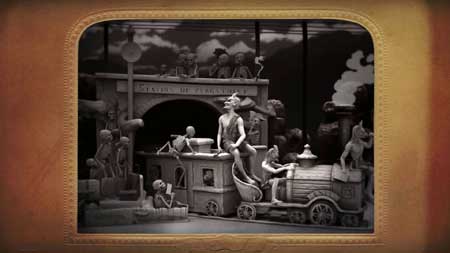 A skeleton’s journey to Hell.

Another short film for you today, kiddies! And this one makes me so stinking happy! Today we have ONE NIGHT IN HELL, an animated feature from The London Stereoscopic Company and The Unanico Group, written and directed by James Hall & Jason Jameson.

This film was nominated for Best Animated Short at the 2015 San Fransico International Film Festival, and I don’t know who won but to have beaten this film it must have been frigging amazing. 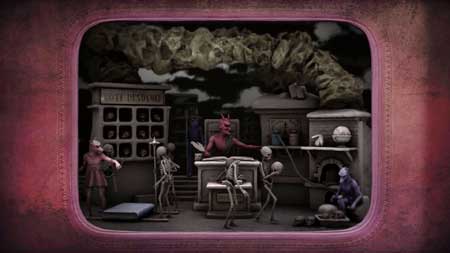 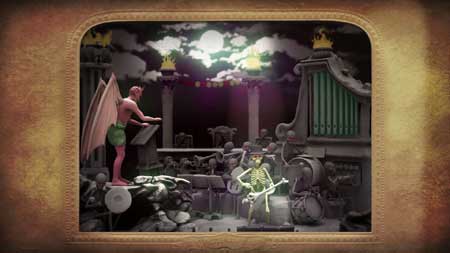 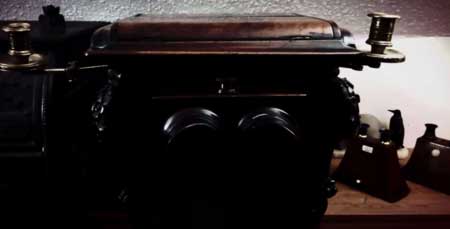 Where do I begin? Ok first, I suppose I should make sure that everyone is familiar with a stereoscope. It’s one of those old-timey 3D machines where one places cards with two identical pictures in and looks through the visor to achieve the 3D effect. There have been several models of them made up through the 1960s, including a hand-held version. I actually own one and have several stacks of the card inserts, including the set this short is based on.

That set of cards are called “DIABLERIES”, and feature illustrations of what life in Hell must be like. Some comical, some frightening, and very rich in detail.

In this film, we (the viewers) are looking through the stereoscope following one poor sod in particular as he begins his journey through Hell. We watch him board the train in purgatory and travel through the levels of the underworld until he reaches his final destination. 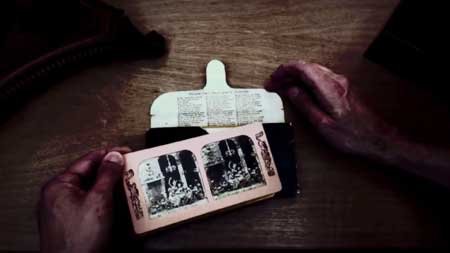 The animation is mixed media – CGI, stop motion, and hand drawn. Everything moves, even the borders of the frames. The detail is simply stunning.

From the first note, I said to myself “That sounds like Brian May”. Sure enough, The guitarist from the legendary rock band Queen is not only responsible for the score along with the Czech National Symphony Orchestra, but he is also an executive producer for the film. Damn, I’m good.

And so is Mr. May. His signature guitar sound combined with the classical orchestra is so incredible. Seriously, it’s worth watching the film just to hear that.

I have watched this thing 4 times now and will probably watch it over and over again for the rest of my life. I keep finding new details, little things I miss because there is so much to look at that you can’t take it all in at once. Even if you are not a fan of animation, this film is totally worth the time.

Using my special short scale of one to five, five being awesome, I’m giving this film 5 skeletons.