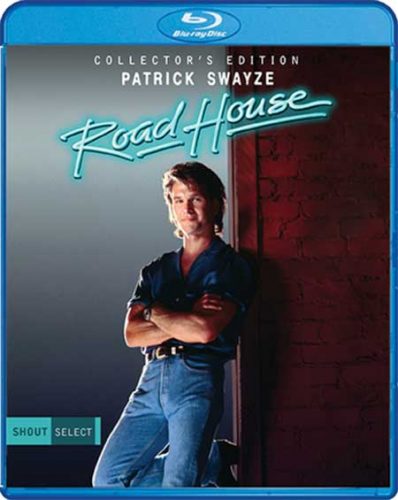 The Double Deuce is the meanest, loudest and rowdiest bar south of the Mason-Dixon Line, and Dalton (Patrick Swayze) has been hired to clean it up. He might not look like much, but the Ph.D.-educated bouncer proves he’s more than capable — busting the heads of troublemakers and turning the roadhouse into a jumping hot-spot. But Dalton’s romance with the gorgeous Dr. Clay (Kelly Lynch) puts him on the bad side of cutthroat local big shot Brad Wesley (Ben Gazzara)

It gives me great pleasure to review this classic-now-cult film “Road House“. I’ve seen this particular movie repackaged and re-marketed so many times, you would think it was Star Wars itself. I find myself now reviewing it on the collector release by Shout Factory. With that said, they didn’t have to twist my arm to give it another viewing. 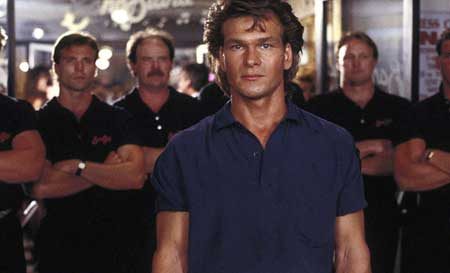 Road House can easily be defined as one of actor Patrick Swayze’s finest moments. No, forget “Ghost” and Dirty Dancing”, as this was the one that really left a legacy of a great role, a great performance, and a great film that set the bar for bar-fight films, bouncers, and the classic “man-comes-to-small-town-in-trouble-and shakes-things up” movie.

Dalton was a character that inspired others by purely being smarter, faster, cooler, and tougher than the stereo-typical tough guy model. Patrick took to the role with a conviction and grin that made his character believable enough to warrant several re-watchings without ever growing tired of the film, thus the definition of a classic! 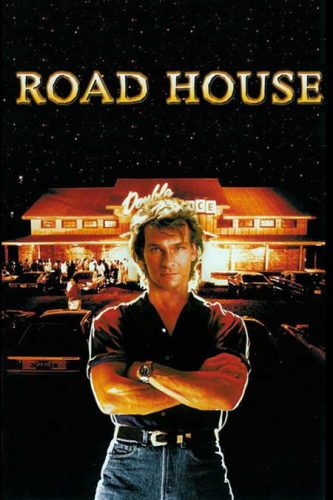 As the story goes, Dalton a bouncer with a reputation as the “man who get things done”, is hired away to the small town of Missouri, to cleanup a local bar call The Double Deuce.  His role as the “cooler” with a past seems to be enough that his reputation proceeds him. Simply though, Dalton has a discipline and process that makes him the man who can fix violent unruly clubs and give them back some class.

Frank Tilghman (Kevin Tighe) makes it worthwhile enough to lure Dalton away in the interest of doing what he does best. After arriving in Jasper, Dalton quickly takes over as head of security, fires the incompetents, and starts to turn the club around (almost overnight). All is well and good if not for the town’s local business man Brad Wesley (Ben Gazzara), who up to this point has had his hooks into the core of Jasper. Accompanied by thugs and a martial arts trained body guard, Brad is not about to let Dalton or anyone change what town protocols he has set in place.

The film quickly turns from a bouncer film into a town protagonist/antagonist movie that echoes the classic “Walking Tall” type scenario (instilled into so many movies prior to this one). This movie soars with style and purpose that is equally enhanced with the sudden inclusion of aging cooler Wade Garrett (Sam Elliott) who stops by to give Dalton a hand. 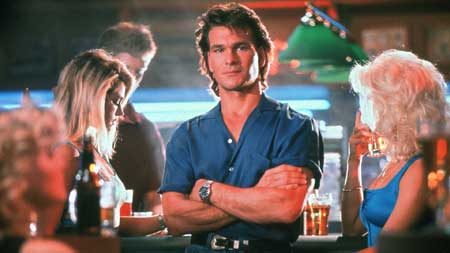 Dalton who holds onto regrettable violent act from his past finds himself at odds when faced with a formidable opponent by the name of Jimmy (Marshall Teague), one of Brad’s top henchmen. If that wasn’t enough, Dalton also begins to fall for local Dr. Elizabeth “Doc” Clay (Kelly Lynch) who only makes things harder for Dalton to do what is necessary to keep the area under control. 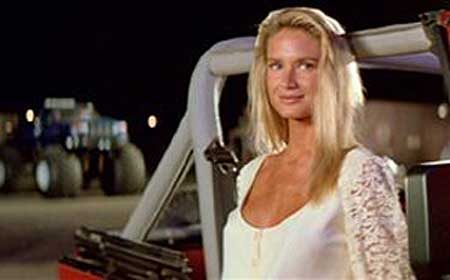 It’s really a great team of actors and performances filled with drama, action, and purpose that rounds off this top notch movie. Dalton becomes the every man’s role model who gets the girl, saves the town, and whoops some major ass. The last act is fulfilling much in the way we used to root for the Dukes of Hazzard (back in the day). 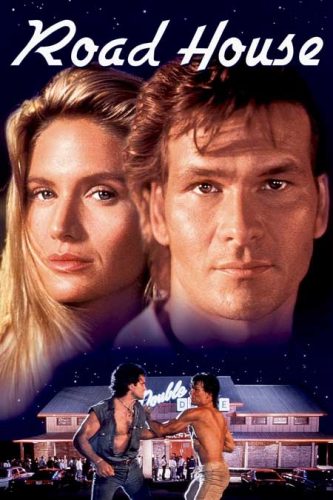 Patrick Swayze never made a sequel, and really never needed to. The movie was a one-off success that really was shunned by the critics claiming bad acting. As most will attest, a film like this doesn’t get so many re-releases if it was a failure. Road House has lived on as a true cult film supported by the fans that love it.

I’ve seen it several times over and never tire of the experience.