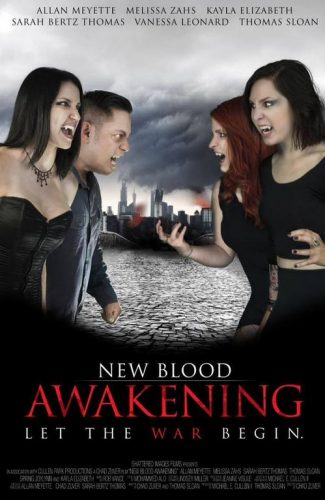 A war is brewing between rival vampire factions and a group of human vampire hunters. The players are all in place, there are casualties on every side, and after everything is said is done who will be left standing and what will this mean to the rest of the world?

To be honest I have just never really been that big into vampires. Aside from The Lost Boys I just didn’t really care for vampire movies in general (thought there was that period of my life in the early 2000’s that I was obsessed with both the Buffy the Vampire Slayer and Angel TV shows) and didn’t go out of my way to watch one. Then a couple of years ago I got the chance to watch the totally awesome New Blood Rising and thought that it was pretty kick ass. Writer/director Chad Zuver did an excellent job of putting together an intriguing, fun movie that featured some great characters with that initial film so I was pretty excited when I found out that there was going to be a follow up to it. I went into New Blood Awakening with some pretty high expectations and am happy to say that I wasn’t the least bit let down by it. I thought that it was just as good-if not better-than the first film and everyone involved should be extremely proud of what they accomplished here with this movie. 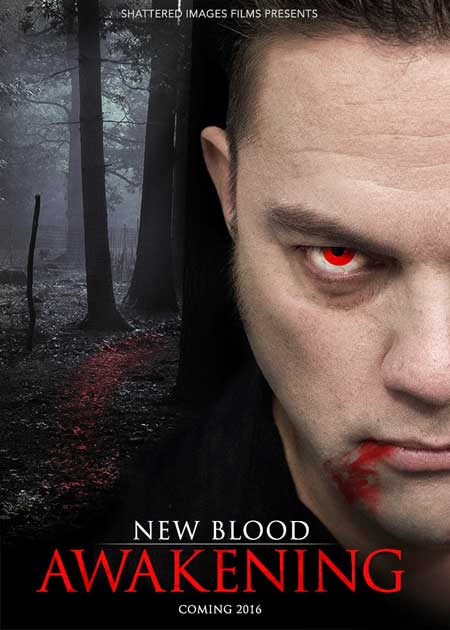 I thought that New Blood Awakening had a lot going for it and I had a great time watching it. One of the things that I really dug about it was its premise. I don’t want to give too much away but essentially we have different groups of vampires battling it out while a group of vampire slayers known as “Hunters” is caught in the middle and are forced to basically pick a side. I thought that this was a nice touch and I while I wouldn’t really say that either group of vampire is what you would call good there is definitely one bunch that is a little less evil than the other and  I couldn’t help but root for them.  I liked the fact that some of my favorite characters from the first film come back in this movie to continue the battle and it was great to see them because it added to my enjoyment of the film. Much like the first film this movie has a very interesting and entertaining premise and I thought that Zuver and co-writer Thomas Sloan did a great job of turning out a very impressive script that made for one hell of a sweet movie. Even if you aren’t particularly fond of vampires I think that the overall story is that good that you will find yourself invested in it like I did.

I also really dug the characters that appeared in the movie and thought that the acting was top-notch. Zuver has a knack for creating strong characters that the viewers actually care about and regardless if they are good or evil in general you can’t help but like them. There are so many great characters in the film that I don’t even know where to begin but there are several that really stood out for me. I loved Callidora and thought that she was just kick ass in every sense of the word. She’s a badass chick and I thought that Sarah Bertz Thomas did a wonderful job bringing her to life. I also really liked Paige a lot as well and thought she had a cool little Buffy-like thing going on to an extent. I thought that Vanessa Leonard rocked as Ophelia in New Blood Rising as she is just as awesome in this movie as well much to my delight. If I had to pick my absolute favorite character though it would have to be Karver (played by co-writer Sloan). There is just something about him that I dug and I thought that he made a realistic and extremely likable hero so I couldn’t help but cheer for him throughout the course of the film. In all honesty though there really isn’t one bad character in the bunch and I can’t really say that I disliked any of them. If you ask me one of the things that makes a good movie is great characters and this film definitely has that in spades. 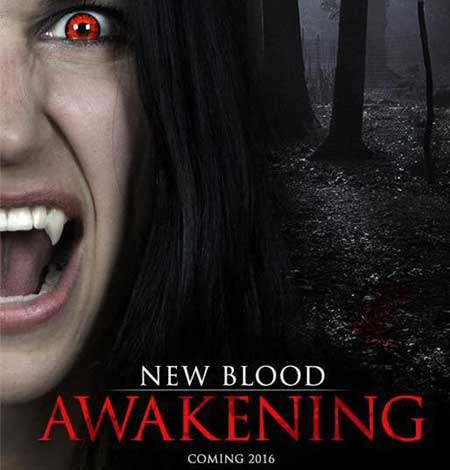 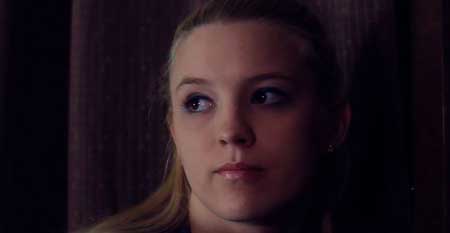 I also appreciated the fact that there is always something going on and there is never really a dull moment. The movie is pretty action-packed for the most part (especially toward the end) and I thought that all the fight scenes looked pretty good. We have three individual fights between characters going on at the same time at one point toward the end and I thought that each altercation looked good and was very well done. The fight scenes look realistic for the most part and in a lot of ways looked better than some of the ones that have taken place in some bigger budgeted movies I’ve seen of late (No shitty CGI fight scenes here, folks). 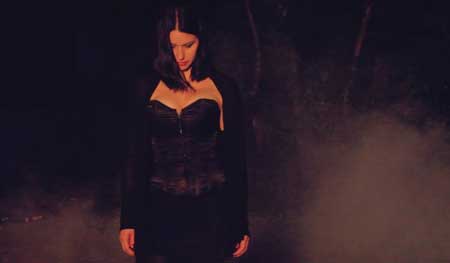 As you can tell I am a big fan of New Blood Awakening. I thought that it was fun, entertaining, and just a great little flick in general. Once again Zuver proves that vampires can be cool and interesting creatures and I am really looking forward to the next part of the story. I am curious as to how everything is going to play out in the final installment (entitled Descending) and can’t wait for it to be released as I want to know now after watching this movie. If you are a fan of vampires (or even of you aren’t) check this movie out as soon as you can. You won’t be disappointed. Highly recommended!