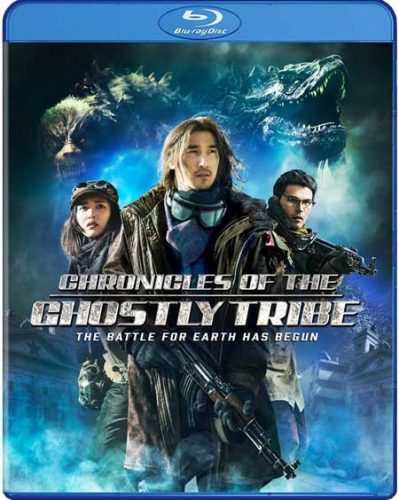 The Mongolian Border, 1979: Massive fossils of unknown creatures are discovered in the mountains, and the research team assigned to excavate the remains includes acclaimed Professor Yang (Wang Qingxiang), Hu Bayi (Mark Chao), and Ping (Yao Chen), the professor’s beautiful daughter. When a freak explosion triggers a rockslide, only a handful of explorers survive the fall to the mountain’s floor…unearthing an ancient temple and the hideous creatures waiting within

Directed and co-written by Lu Chuan, “Chronicles of the Ghostly Tribe” is a new fantasy, adventure film offering all sorts of FX-driven experiences. Now under release by Well Go USA, this fine film has made its way to a very visually rich product that can now be enjoyed to its full extent.

The film begins on a historical note before taking us directly into a fossil mining expedition that uncovers the remains of an unknown creature. Shortly after a mysterious explosion takes out much of the team, a smaller research team is assigned and assembled to excavate the mountain in hopes of discovering its secrets. 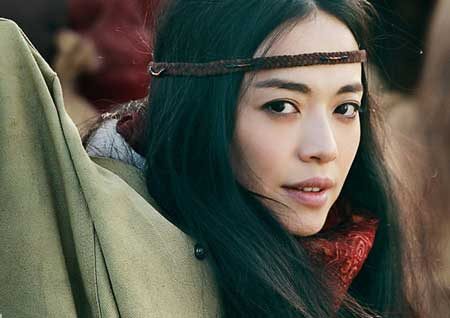 This is where we start to head into a combination of Indiana Jones meets the fantastical as the team makes their way thru icy caverns, rich landscapes, and even descending over edges that should otherwise have ended things upon fall.

Though it is some of the strange beasts that bring elements of Star War’s “like injections” into the mix quickly introducing us to a giant beast and abstract creatures called “fire bats” (that turn their victims into ashes upon attack). 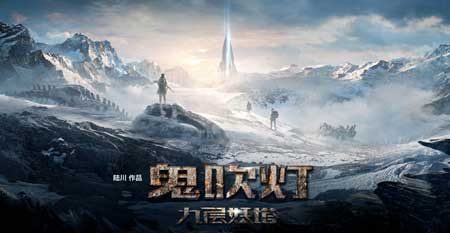 A cyclopean Temple called the “Demon Pagoda” is found at the mountain’s center described as the mythology source directly related to a collection of spirits called “the ghostly tribe”. The temple is additionally revealed to be the prime focus of Professor Yang’s quest. Some dazzling FXwork takes over (as the details get a little muddled) which awakens ancient demons from an inter dimensional portal.

Midway thru the film the story breaks off into a whole new segment that takes the gang into a place called “Oil Town”. Oil town while appearing to be abandoned is soon revealed to be infested with werewolf-like creatures called “Red Howlers”. The threat proves to be a massive showdown like no other as the gang takes on these highly viscous and violent creatures. 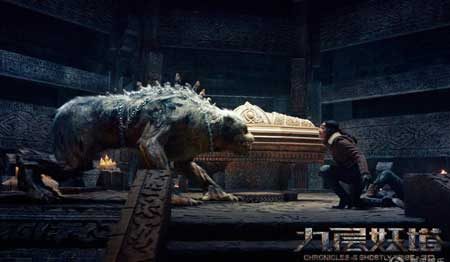 Now I will say that this film may take a couple viewings to better connect some of the storyline specifics (as it tends to jump from past and present). The central characters here are Professor Yang (Wang Qingxiang), his daughter Ping (Yao Chen) and Hu Bayi (Mark Chao), (of whom the story centers around).

Hu Bayi, a soldier assigned to the mission, soon falls for Yang Ping as the film’s prime love interest. While additionally narrating the story, Hu and the group come across all sorts of relics, bizarre creatures and strange environmental situations.

“Chronicles of the Ghostly Tribe” found great success in its initial China release pulling in over $34 million opening weekend. The draw doesn’t surprise me as more and more greatly entertaining high production pieces make their way onto the big screens. 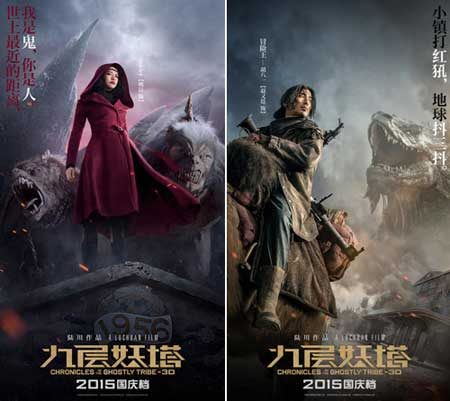 Fans of fantasy cinema would greatly benefit from this and like recent releases that highly exceed in visual imagery, complex plots and inventive fantastical creative injections. It’s not uncommon to see many of these films featuring new CGI creatures that combine mythology, history and science fiction into their general designs making for a unique experience.

“Chronicles of the Ghostly Tribe” is an adaptation of the novel “Ghost Blows Out the Light” by Tianxia Bachang’. The film is well shot, and perfect for a big screen viewing. While viewers may of may not adapt instantly to the cultural aspects, its still a cool adventure film none the less. Check it out!