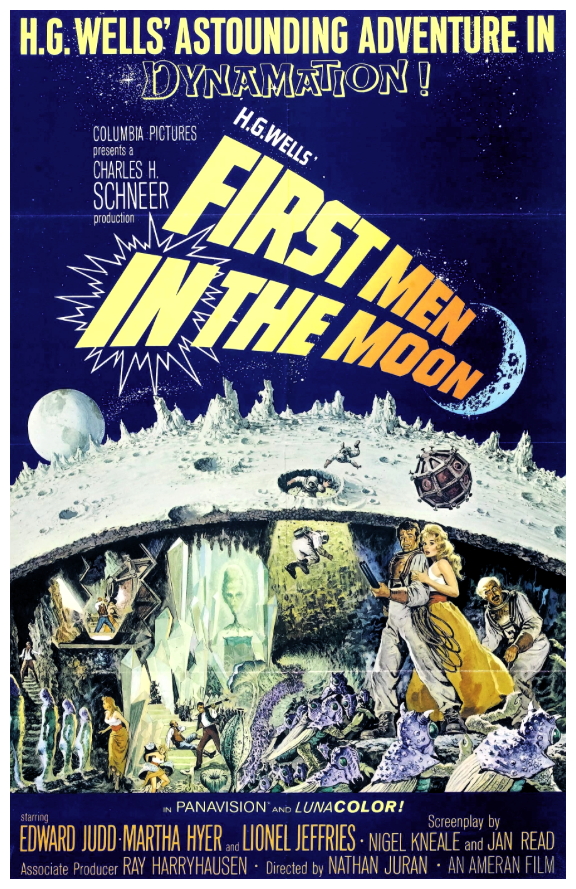 SYNOPSIS:
“Based on the HG Wells story. The world is delighted when a space craft containing a crew made up of the world’s astronauts lands on the moon, they think for the first time. But the delight turns to shock when the astronauts discover an old British flag and a document declaring that the moon is taken for Queen Victoria proving that the astronauts were not the first men on the moon. On Earth, an investigation team finds the last of the Victorian crew, a now-aged Arnold Bedford and he tells them the story of how he and his girlfriend, Katherine Callender, meet up with an inventor, Joseph Cavor, in 1899. Cavor has invented Cavorite, a paste that will allow anything to deflect gravity and he created a sphere that will actually take them to the moon. Taking Arnold and accidentally taking Katherine they fly to the moon where, to their total amazement, they discover a bee-like insect population who take an unhealthy interest in their Earthly visitors.” (courtesy IMDB)

REVIEW:
Special effects artist Ray Harryhausen will be forever remembered for the magical fighting skeletons seen in both Nathan Juran‘s inspired fantasy The 7th Voyage Of Sinbad (1958) and in Don Chaffey‘s Jason And The Argonauts (1963). Harryhausen animated the skeletons with his own variation on the stop-motion technique – Dynamation – with which he recreated scenes that a child of the fifties or sixties might well have been able to imagine (thanks to comics) but would have never dreamed of actually seeing such scenes re-enacted on the big silvery screen. Despite all the advancements made by modern computer and digital technology, Harryhausen’s effects still impress us, largely because they were always based on a resolutely human scale and were, as such, always believable. His extensive career also includes The Beast From 20,000 Fathoms (1953), The Three Worlds Of Gulliver (1960), One Million Years BC (1967), and Clash Of The Titans (1981). 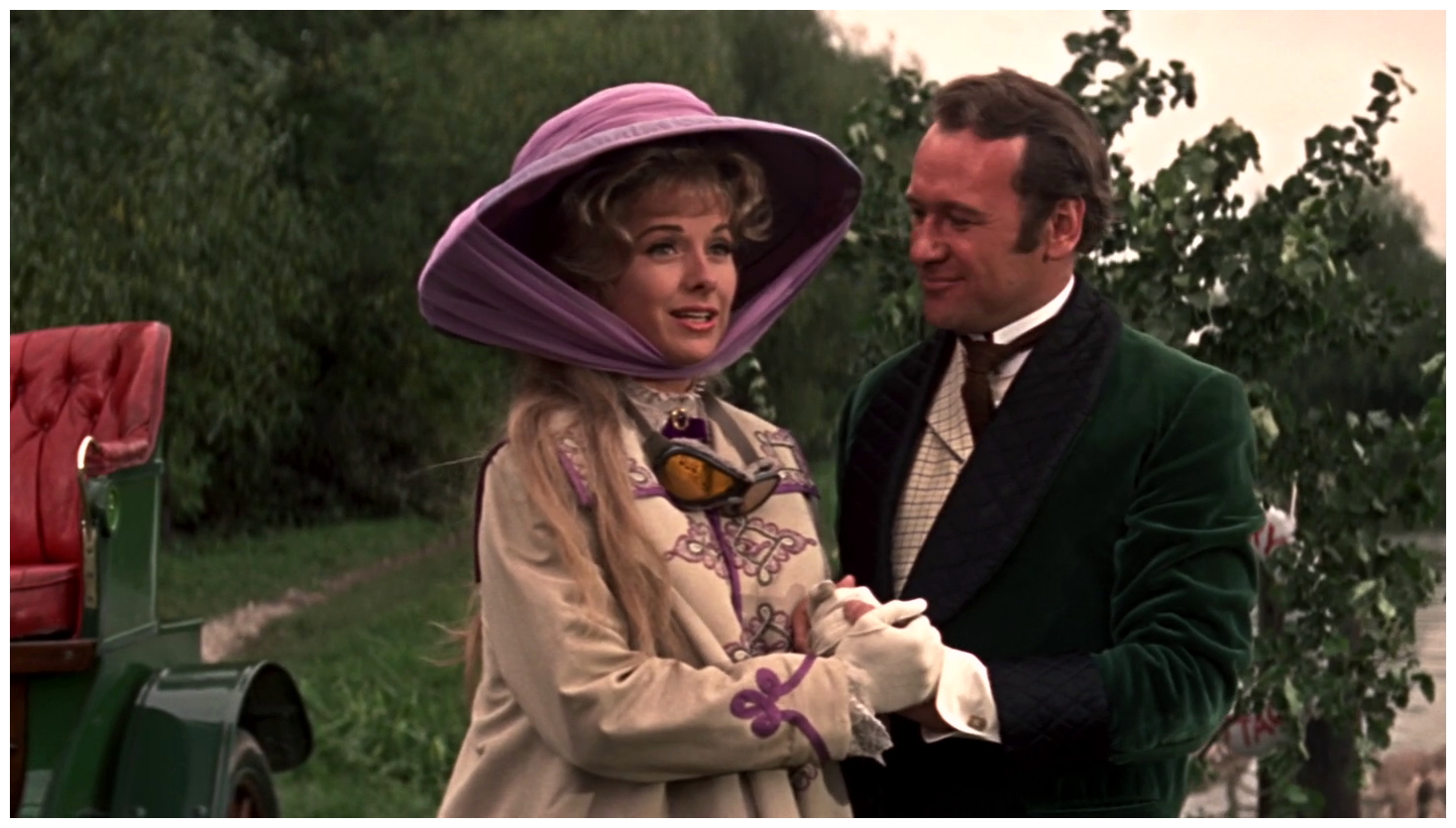 Movies about space travel were not exactly in fashion during the early sixties, but one notable exception was First Men In The Moon (1964) which, unfortunately, hasn’t much to recommend it apart from Harryhausen’s amazing special effects. Despite being based on a HG Wells novel and a screenplay co-written by Nigel Kneale (creator of the Quatermass series), it was played strictly for laughs and obviously aimed at the juvenile market. Lionel Jeffries camps it up as Professor Cavor, the inventor who creates an anti-gravity material that enables him to fly to the moon in a spherical spaceship. With him go Arnold Bedford (Edward Judd) and his fiancee Kate (Martha Hyer) and, once on the moon, they encounter the insect-like Selenites who prove to be none-too-friendly. Arnold and Kate finally escape back to Earth in the anti-gravity sphere but Professor Cavor stays behind to see if he can establish friendly relations with the lunar inhabitants. 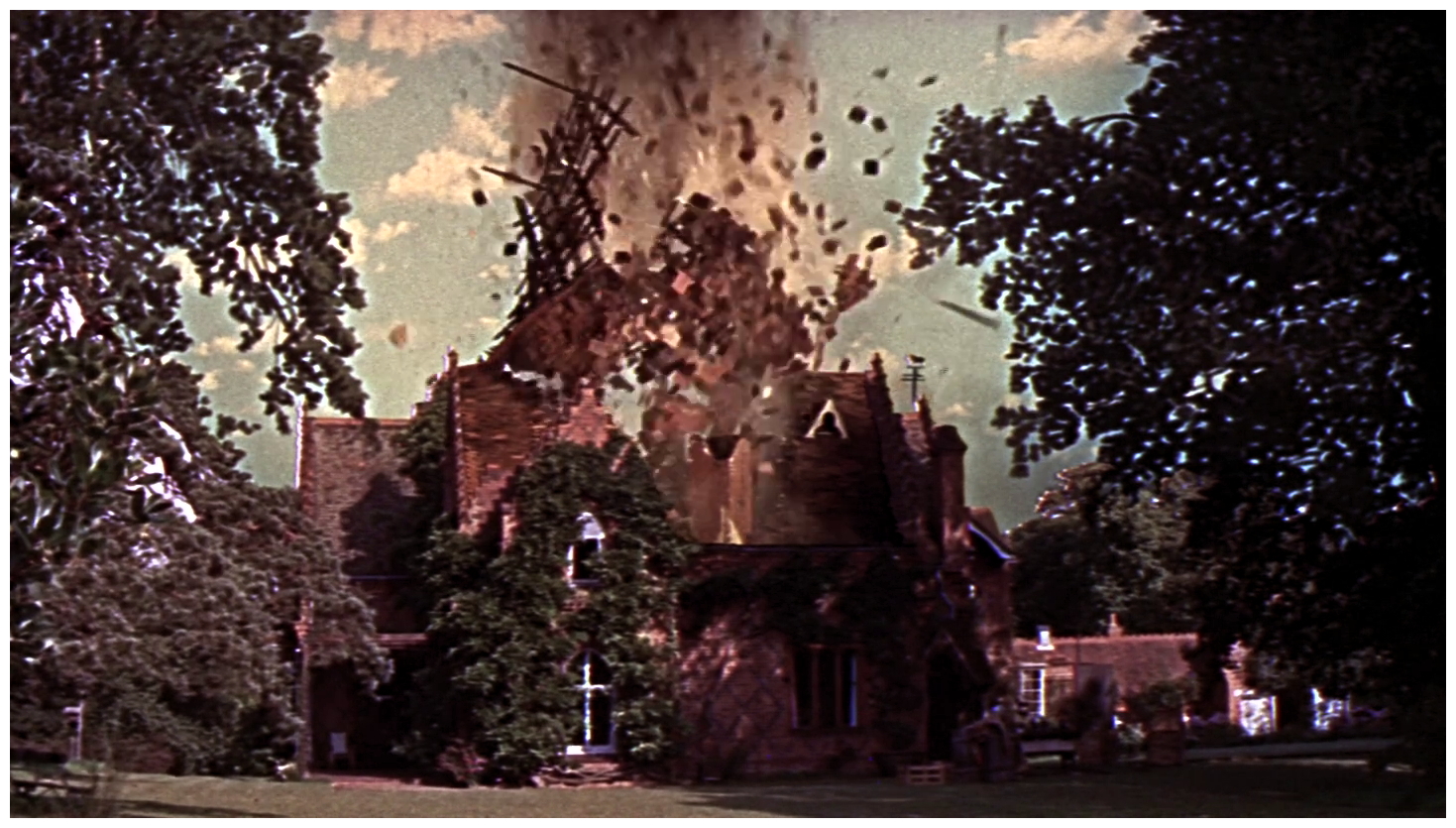 The film’s main twist was a contemporary prologue and epilogue: In the prologue we see a United Nations spaceship land on the moon and when the astronauts emerge they are amazed to find a British flag waiting for them. Back on Earth, a very old man in a rest home tells reporters that he put the Union Jack on the moon in 1899. He is, of course, Bedford, and as he tells his story, the film proper begins in flashback. Harryhausen stated in his Film Fantasy Scrapbook, “The Wells novel had always been a favourite of mine. I wanted to make a film of it for many years but every time I mention it to (producer) Charles Schneer he would always bring up the argument, and rightly so, that there was not enough variety in it as it stood for a feature production. Also, space science had advanced to such a degree that it would be difficult to make it believable for today’s audience.” 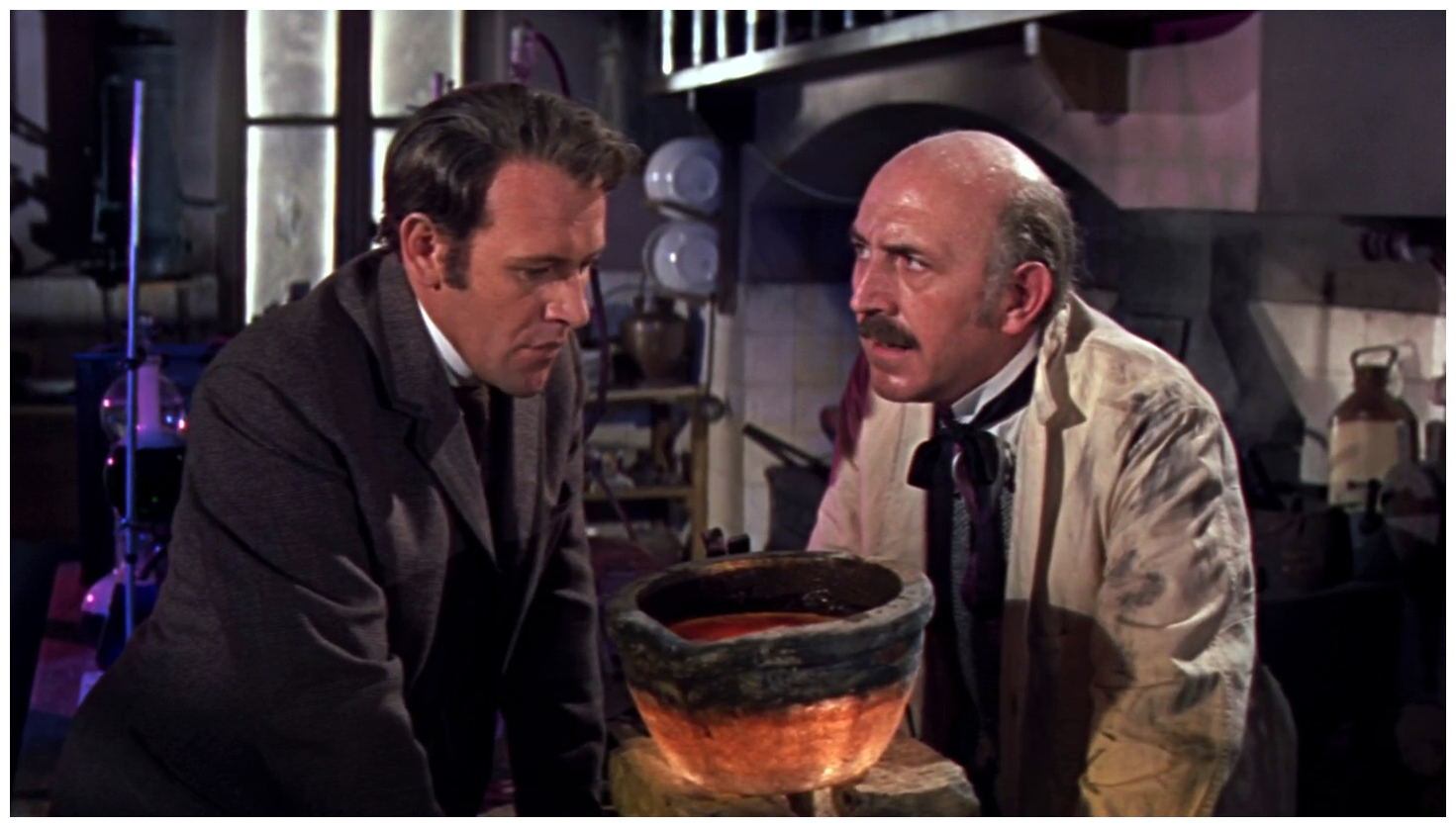 “One day, while Charles was talking to writer Nigel Kneale, who is also a HG Wells enthusiast, Nigel came up with the brilliant idea that stimulated Charles into new interest in the project. Anyone who has seen it will agree that the prologue makes the whole thing work in a believable fashion.” Though it may be a clever touch, it doesn’t really enhance the original. There was more to the Wells novel than a story about two men flying to the moon and having trouble with the natives. Wells also used it as a means of exploring certain sociological concepts, but the Selenite’s Brave New World-style of society is ignored by the filmmakers. The epilogue has the United Nations astronauts finding the underground Selenite city empty and in a state of decay, then Bedford remembers that Cavor had a cold on the moon and deduces that his germs must have wiped out the Selenite civilisation. This black joke – a reversal of the ending of The War Of The Worlds – must surely have been another Kneale contribution. 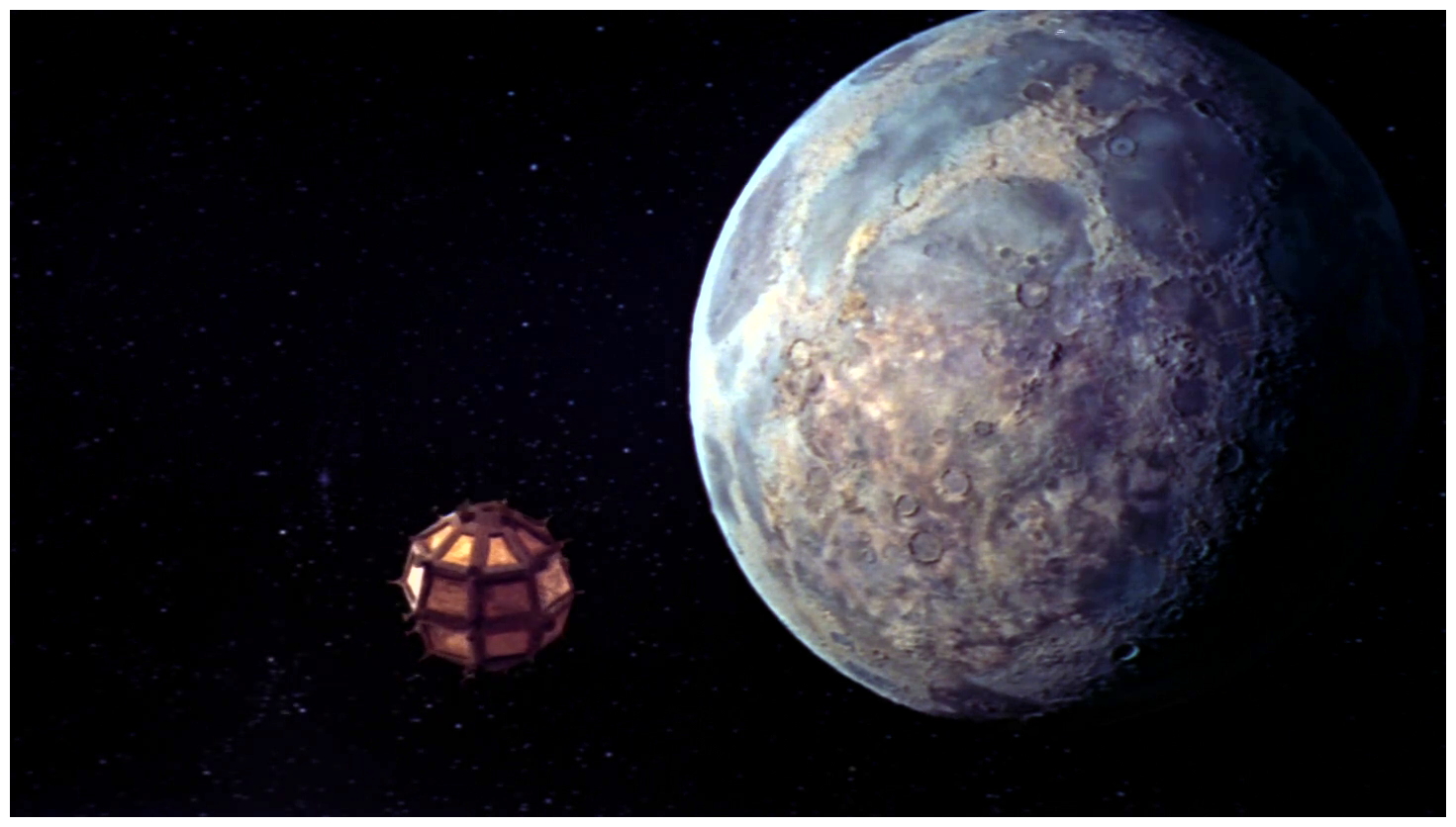 There were other alterations made to the story – the character of Katherine Callender, for instance, doesn’t appear in the original novel, but was added as an afterthought simply as ‘window dressing’ (her being from Boston is a reference to Jules Verne‘s Moon stories, where his Lunar Exploration Society was based). Some alterations are understandable – in the original novel the explorers don’t need spacesuits because the moon already has its own atmosphere (which is a little ridiculous since, even in Wells’ time, it was known that if the moon did have an atmosphere, there would be a visible haze around it). So the film characters were given air-tight diving suits, only to discover breathable oxygen in the catacombs beneath the surface of the moon. Some things remained unchanged – the gigantic caterpillar we see killed and stripped by the scavenger Selenites is called a Mooncalf (as it is in the novel), an old English term for a lunatic.

One tiny problem with First Men In The Moon is it’s driven by only three extremely stereotypical characters, one of which is so over-the-top he negates the relatively dull couple, but the actors aren’t entirely to blame. Edward Judd‘s career peaked in the sixties with a number of leading roles in British genre films including The Day The Earth Caught Fire (1961), Island Of Terror (1964) and The Vengeance Of She (1968), as well as appearing in a few television soap operas. Martha Hyer is probably best remembered for playing Gwen French in Some Came Running (1958), garnering her an Oscar nomination for Best Supporting Actress. Lionel Jeffries, unfortunately, is primarily known for his comedy appearances as the quintessential British eccentric – from The Revenge Of Frankenstein (1958) to The Spy With A Cold Nose (1966) and Chitty Chitty Bang Bang (1968) – and because he was prematurely bald, was often cast as characters much older than he actually was. It is his performance alone that I have no doubt will drive some viewers away. 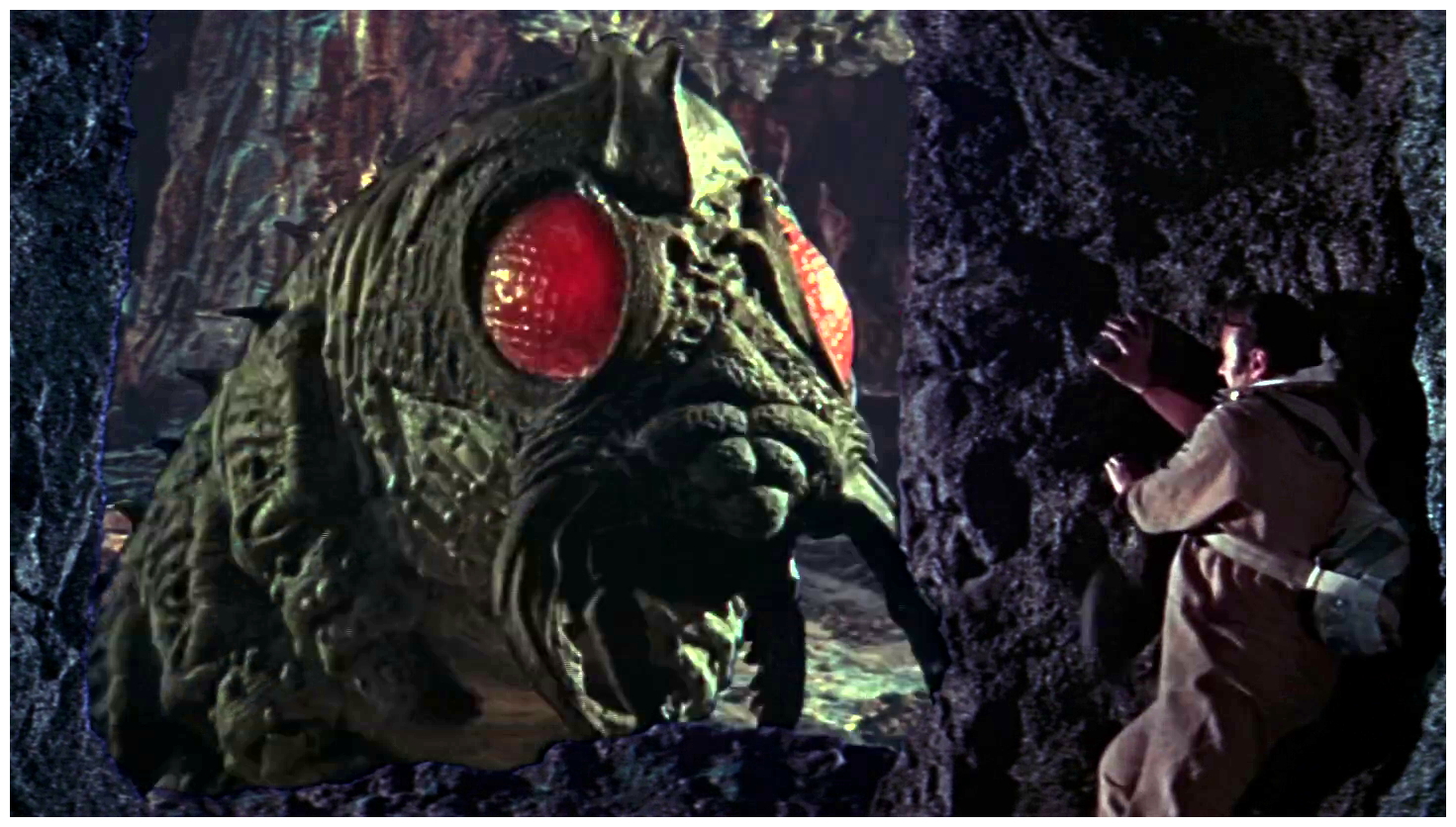 We also have cameos from not one but two Australian character actors. Peter Finch, who would go on to win an Oscar, a Golden Globe and five BAFTAs, appears briefly as a bailiff – he was just passing through while visiting the set when he was asked by director Nathan Juran to substitute for the actor who failed to show up. Heard but not seen is Ray Barrett as the voice of one of the American astronauts. During the sixties Barrett starred in a number of live-action British television series (such as The Troubleshooters) as well as supplying many of the voices heard in the Gerry Anderson series Stingray and Thunderbirds. In a technical side-note, the spacesuits worn by the United Nations astronauts are actually high-altitude pressure suits developed by the Royal Air Force. The very same suits can be spotted in at least two Doctor Who stories (The Tenth Planet and The Wheel In Space) and both Star Wars IV A New Hope (1977) and Star Wars V The Empire Strikes Back (1980). 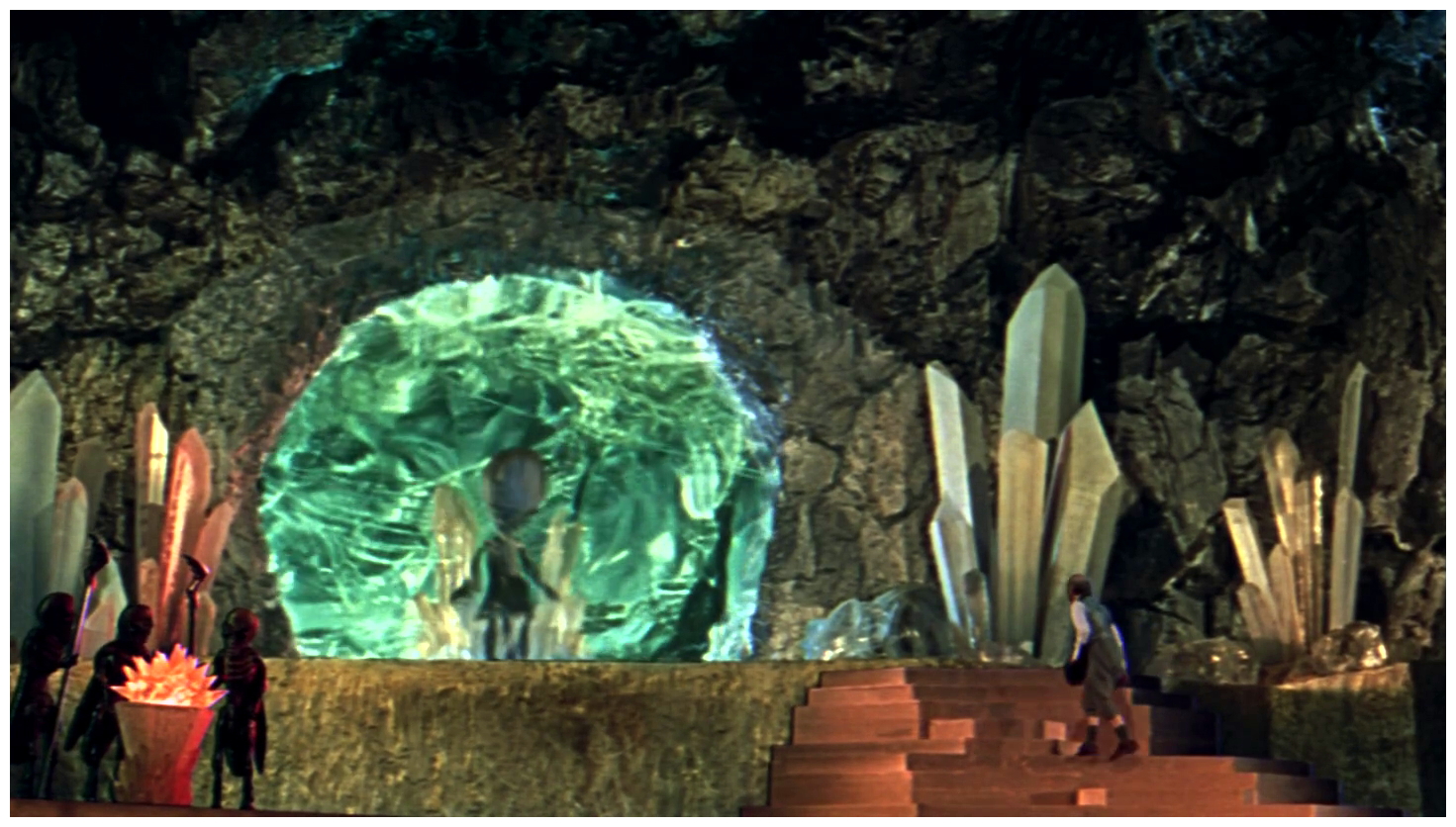 Composer Bernard Herrmann, who created the soundtracks for Harryhausen’s last four films, was also asked to compose the score for First Men In The Moon. Unfortunately, after working with Alfred Hitchcock and others, Herrmann demanded more money which would have broken the budget. Instead, prolific composer Laurie Johnson was hired to do the job. From the sixties to the eighties, Johnson composed dozens of television themes like This Is Your Life, The Avengers, Jason King, The New Avengers, The Professionals – and film scores such as The Good Companions (1957), Tiger Bay (1959), Doctor Strangelove (1964), Captain Kronos Vampire Hunter (1972), Diagnosis Murder (1975). Also worthy of note is the fact that this is the only Harryhausen film to be shot in anamorphic widescreen (2.35:1). Due to the difficulty of compositing images in his Dynamation process, some of the models had to be sculpted in super-deformed dimensions so they’d look normal when photographed with a spherical lens. 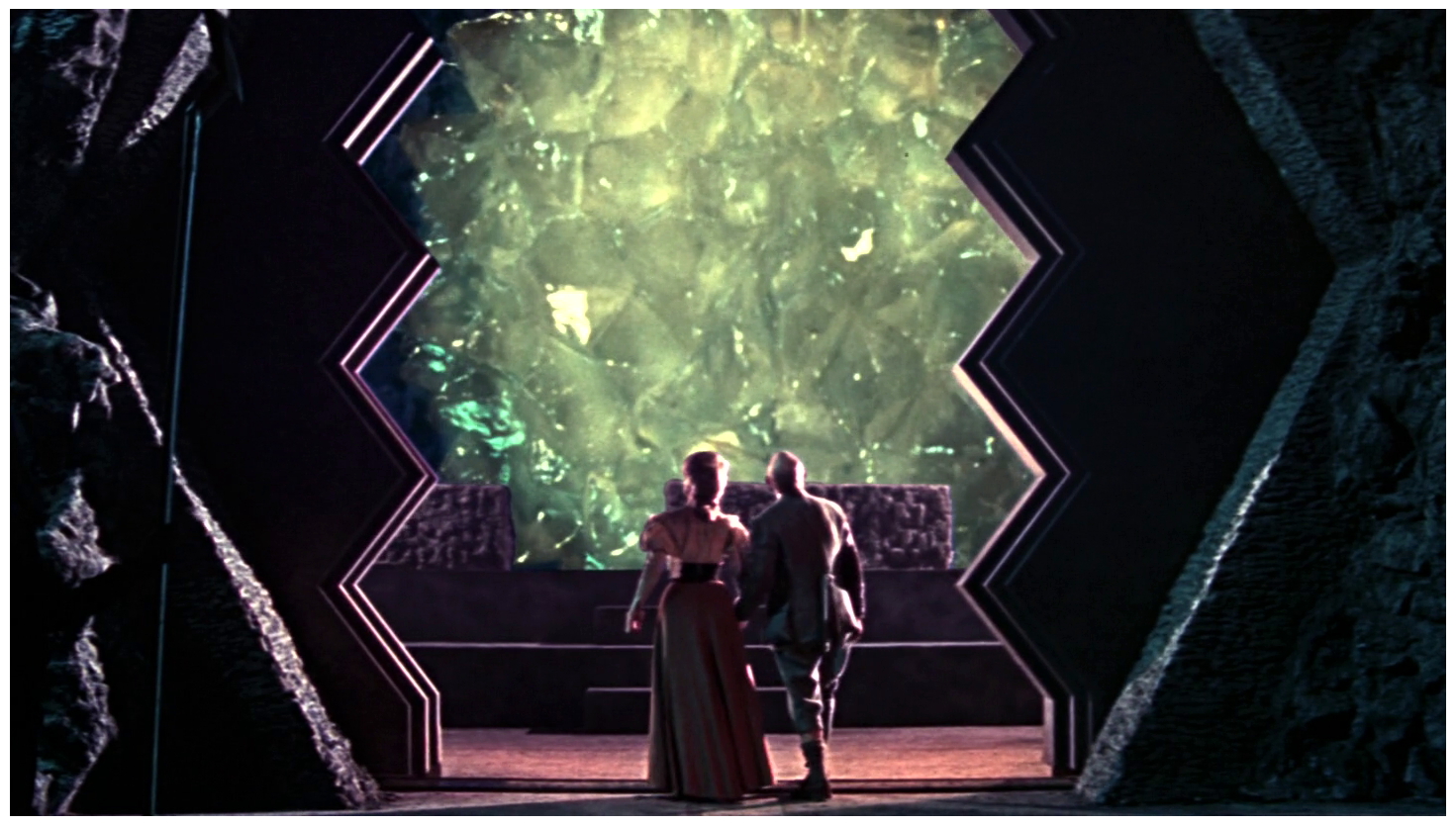 Hammer Films, best known for their re-imaginings of Gothic horror stories such as Dracula and Frankenstein, next approached Harryhausen to provide the special effects for One Million Years BC (1966), a remake of the epic One Million BC (1940). Although the animator provided a veritable menagerie of stop-motion dinosaurs, the film is best remembered today as the movie that introduced the talents of Raquel Welch to the big screen. Oh well, no use building bridges over spilt milk after the horse has bolted. I’m terribly sorry to be leaving you with such a mixed metaphor (not to say downright confusing) but be warned, I will not accept that as a valid reason for your not returning next week. I’d miss you too much. So please join me again as I discuss the brutal slashing of budgets and death by a thousand cut corners for…Horror News! Toodles! 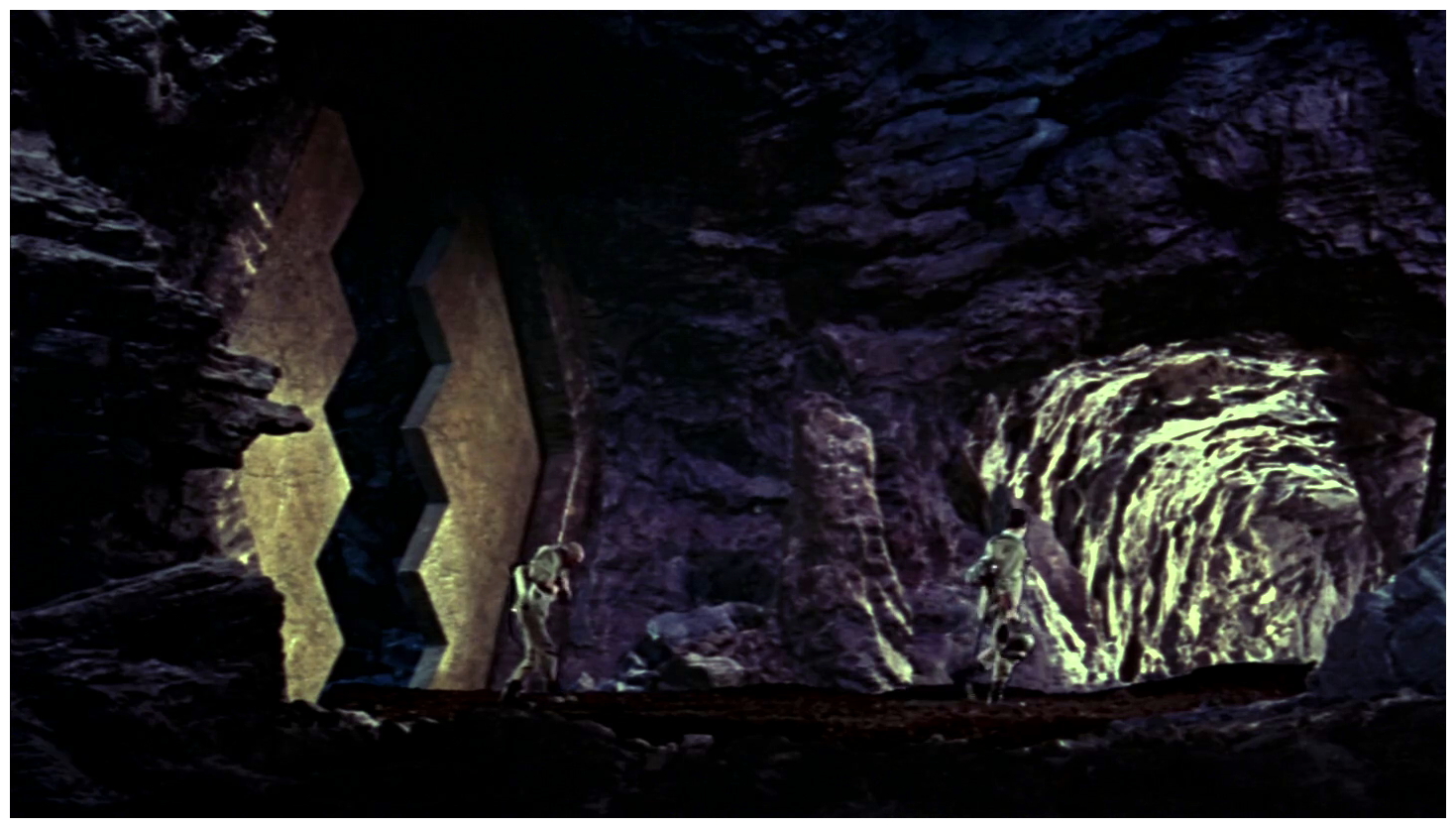