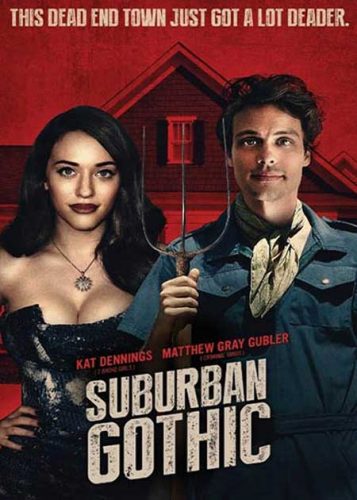 City-boy Raymond returns to his hometown and finds a vengeful ghost is terrorizing his house. Therefore, this man-child recruits Becca, a badass local bartender, to solve the mystery of the spirit threat

Starring Matthew Gray Gubler and Kat Dennings, the film sees recent MBA graduate, Raymond (Gubler) move back into his parents’ home until he can get back on his feet. I’m not sure how old an MBA graduate, but with Gubler pushing 36, I feel this perhaps a little too old. Feel free to correct me. Anyway, moving on… 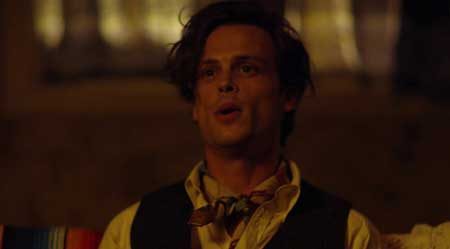 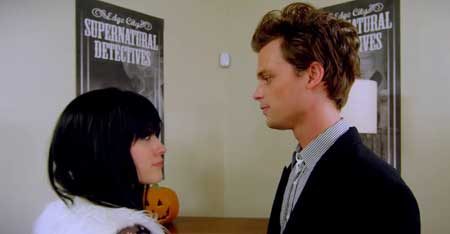 Mum (Barbara Niven) loves having her baby boy back, whilst his Dad (Ray Wise) looks like he’d gladly take a hammer to his son’s head in a moment’s notice. And it’s hard not to side with the grumbling old patriarch considering what a lazy, smartarse son he has in Raymond. Presumably a hero in the movie playing inside his own head, Raymond wanders around the family home, oddly dressed, sporting the greatest fringe since Trump and just generally being a little bit too up himself for a man in his mid-30s who should have sorted his life out by now! But, dear reader, I digress…

An evening’s self-pity walk into town leads Raymond to bartender Becca (Dennings); a former high school classmate who has no time for his Holden Caulfield BS. However, an unlikely friendship emerges and soon Raymond lets her in on a little secret – he can see dead people and has done since he was a kid. Which is kind of lucky as a construction company at Raymond’s home have just dug up the corpse of a dead girl and subsequently unleashed a malevolent spirit on the house. It’s up to Becca and Raymond to save the day! If only they could just stop being so indifferent to everything.

There are two films happening in Suburban Gothic and both are desperate for your attention. Suburban Gothic is the equivalent of Ferris Bueller’s Day Off meets The Exorcist. It’s sassy, it’s knowing, it’s a bit spooky and it’s also infuriatingly hip. Director Richard Bates Jnr. can certainly handle the camera and manages to set up some decent scares, but they seem secondary to the narrative of Raymond returning home and having to face the high school bullies he thought he’d left behind. Reliving how he used to be picked on for being overweight and believing in the supernatural, Raymond tries to save face in front of the very people who felt he’d never amount to anything. Cue a scene where Raymond unleashes some built up angst upon one of Dad’s students because she encapsulates everything he hated about high school. 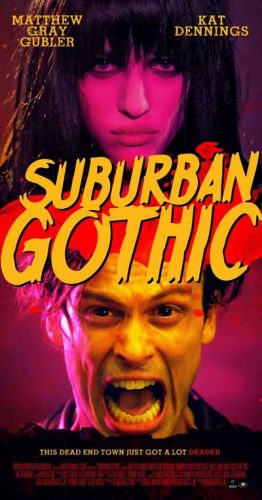 Whilst Gubler throws himself around like Jim Carrey’s love child, Kat Dennings is given little to do but look attractive and coo about how awesome Raymond is. And this leads to one of my biggest gripes. This stereotype of the cool, hot chick fancying the nerd has been done to death, and was last seen gasping for breath in Burying the Ex. It doesn’t appeal to anyone but teenage boys’ fantasies and frankly I’d like to see it cremated before the body starts to smell. If we’re going to persist with the beauty and the geek mythos, can we at least swap the genders? Do something a little bit different? I digress once more.

In interests of fairness, it’s clear that everyone on board is having a whale of a time. Be on the lookout for cameos from John Waters, Sally Kirkland and Jeffrey Combs. However, this doesn’t translate off screen. As such, whilst the film hits the ground running, it quickly loses momentum, before collapsing in a final scene that screams, ‘This could be a franchise! Or a TV show!’ And maybe the latter idea is the better idea. Have Raymond and Becca fighting the supernatural each week for 45 minutes a piece and I’ll be there to check it out. As it stands, Suburban Gothic is pretty substandard.