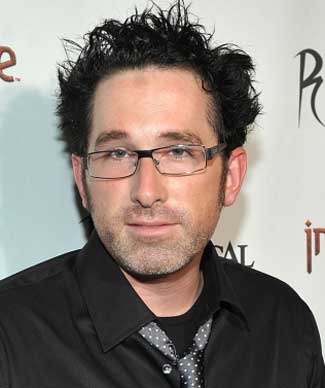 “Our houses are such unwieldy property that we are often imprisoned rather than housed by them.” Henry David Thoreau

Director Darren Bousman’s new film “Abbattoir” is an extraordinary version of creepy. The reality of the film shows what could possibly happen in real life. It gives you chills in a good way. That perfect amount terror.

The word “Abattoir” is a fascinating word and means a few things including, “slaughterhouse.” Why did you choose it?

Darren: Abattoir is a French word for “slaughterhouse” or to “strike down or kill.” It was an interesting name given the fact what the house is. The house is made up of death. It is literally a house conceived of death. So slaughterhouse seemed like a fitting title for that.

How did you become involved with “Abattoir?”

Darren:  I created it years ago, I wanted to say it was 2009. I wrote a comic book. I created a comic book called “Abattoir.” It was a six issue run. It was a pretty popular book at the time. I never meant to do a comic book originally I wanted to do the movie but as I started to realize the movie it was so big in scope in what it was. I wanted to try and tell it over numerous media so it started with the comic book then the movie.

The cast is amazing. Everyone from Lin Shaye, Michael Pare, J. LaRose, Dayton Callie. What was it like working with everyone?

Darren: I’m lucky in the fact that I get to work with my friends. Every single person in that cast is a friend. It started with J. LaRose who has been in about twelve of my projects. Lin Shaye whom I’m in love with. Lin is so amazing. Lin has been involved in the project from the very beginning back in 2010 or something like that. Dayton Callie whom I’ve worked with before, he is fantastic. 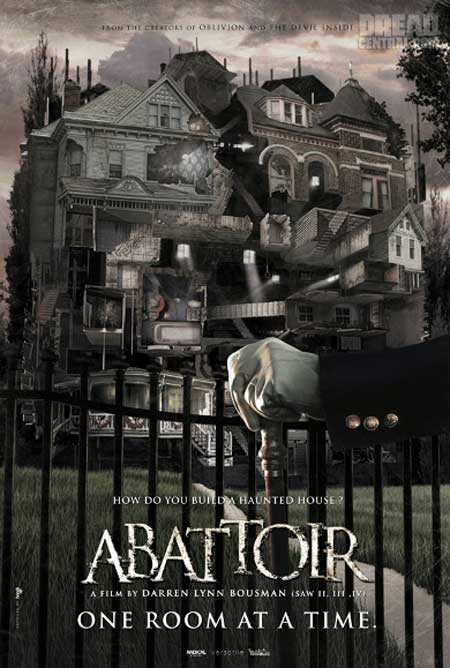 Will there be a sequel to “Abattoir?”

Darren: That’s a hope. If you guys like it enough. The sequel was already written. It is called “The Dwelling” and they are sitting on it right now. The hope is that people respond to the material and then like it. If they do, yes there will be a sequel.

Why did you choose the quote in the beginning of the film? As soon as I saw the quote I got chills.

(THE QUOTE: “Our houses are such unwieldy property that we are often imprisoned rather than housed by them.” Henry David Thoreau)

Darren: That’s awesome. I always like to start my films with a quote if I can. It kind of sets the mood. The hardest thing for “Abattoir” is that it is not really a Horror film, I mean it is. It’s got Horror elements to it but it’s a mystery, it’s a thriller. It is nowhere near as vicious as the other movies that I’ve done. It’s got something unique to it. I hope that audiences when they come in embrace the kind of unique world that it is set in. You know it’s got that very 1940’s and 50’s vibe to the characters the way they talk, the way they communicate. I wanted to set it off in a very kind of somber mood and I think that quote really does it.

I think the aspect that you feel for these characters but you are also invested in the mystery. Is that sort of what you were going for?

Darren: I wanted to make a movie that you have to pay attention to. Everything that you need to know is there but they may only say it one time. I wanted to treat the audience as I want to be treated. The audience is smart and I feel the audience can pick up on things. It was really important to me to make something that has a deep mythology and a dense mythology. I think this does. I think the mythology is dense and very deep. I hope it leaves a lot for people to talk about after they leave the movie. So for me the mystery itself is still is still the character.

Darren: Go in and go for the ride. It is a different movie that I make. Yes it’s a haunted house movie but it’s not like the haunted house movies that you’ve seen, I don’t think. I think to me again that is what makes it unique and that’s what makes it different and fun in some respect. If they like it, I encourage them to please talk about it because movies like this only survive by their words and excitement. That’s how these movies continue. 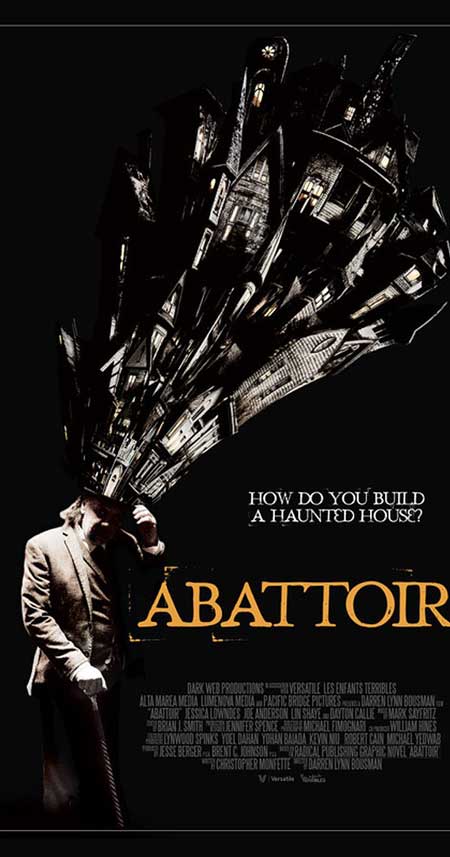 Did you face any challenges on this film or a moment of wow, I am having a blast?

Darren: Both, challenges more so than any movie I’ve ever been a part of. This movie took forever to get made. It was conceived of in 2009 and then the script was written in 2010 and there was a series of unfortunate events. The movie shut down numerous times. One of them had to do with weather, one of them had to do with our first A.D. died. Not on-set but he was with his family at home but that caused us to push and when we had to do that push we lost financing. I think I went back and forth to New Orleans three or four times to make the movie. At a certain point you think someone really doesn’t want this movie to be made but all this does is fuel my fire. It makes me want to make it more. No one tells me what I can and can’t do. You need to go back and fight harder. That was a challenge. The joy though is when you’re on set and you yell action for the first time, it’s amazing. I finally did it, I overcame all these obstacles and I am here right now. 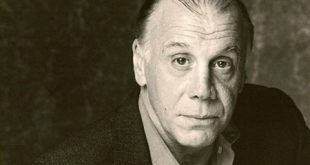