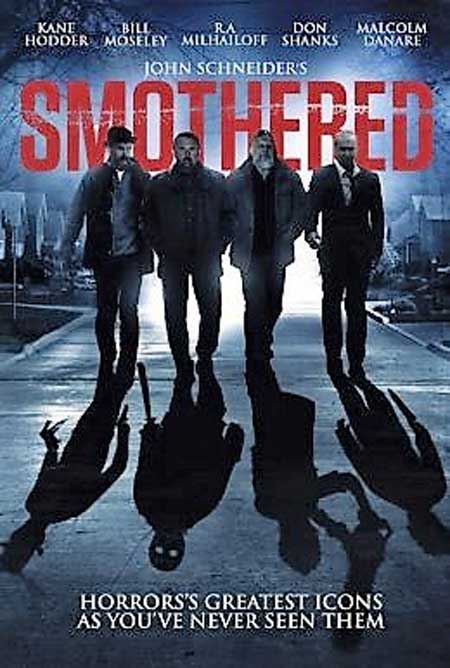 Five horror stars ditch an autograph session to make guest appearances at a haunted RV park. Instead of easy work and fake ghouls, they find the horrors within to be real.

The first smothering in Smothered takes place around the four-minute mark.  A man is suffocated by a pair of very large breasts belonging to a woman named Dee Dee. Yup, it’s that kind of movie.

Smothered isn’t a very good movie. It fact, it’s pretty bad. Not good bad. Just bad. This, however, does not disqualify it from being looked at with a critical eye. Because in a weird way, despite the overall trashiness of the movie, it might have something important to say. You just have to dig through scenes of people getting killed by giant boobs to find that special thing. 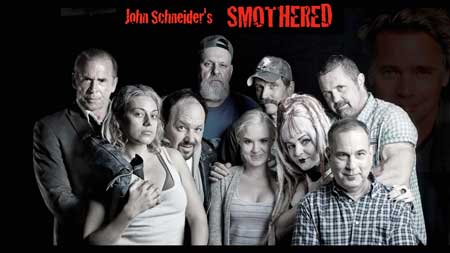 Directed by Dukes of Hazard veteran John Schneider, Smothered centers around five horror movie has-beens (all playing themselves) headed to make a public appearance at a horror convention. Leading the group is R.A. Mihalioff, who played the villain in Texas Chainsaw Massacre III and Kane Hodder who played Jason in Jason X.  The rest of the cast is rounded out by horror movie vets and other character actors in both large and small roles.  The convention they arrive at turns out to be a bust, so the group agrees to do an odd job haunting a trailer park for $1,000 each. Things turn out to be a little more mysterious than planned, things go wrong, people die, ect ect ect.  It basically plays out like a typical slasher movie only starring the monsters themselves as opposed to teenagers. Kind of a fun twist, but oddly enough not capitalized on as much as you’d think it would be. 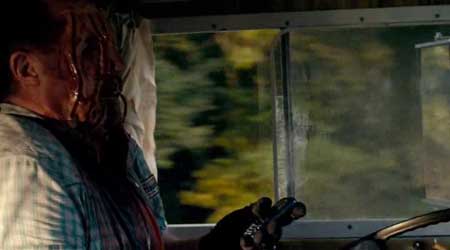 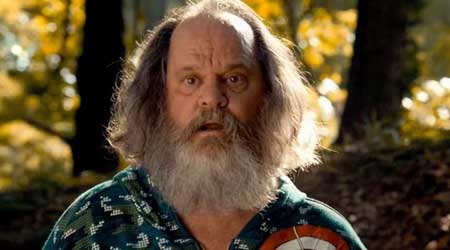 Before writing this review, I admittedly had to hit up IMDB to figure out exactly who these people were.  I recognized some of them, but for the most part was drawing a blank on who they were.  So were the fans at the convention in the movie, apparently.  To be fair most of these guys were hidden by some sort of disfigurement or mask in their respective films, but that doesn’t stop the characters themselves lamenting over the fact that nobody recognizes them, loves them, or wants their autograph. It was these elements, characters expressing things like “nobody likes me” outside of the context of a convention that caused me to give the movie a second look. 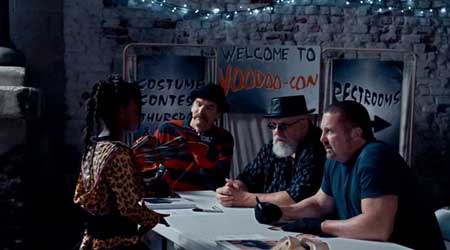 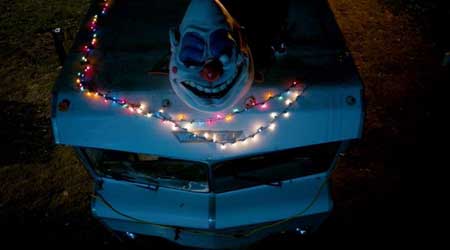 Like I said, I check out these guys IMDB pages before writing this and I was a little surprised (though I probably shouldn’t have been) that these guys have mostly been in awful movies their entire lives. They are used to bad reviews, and they are used to bad movies. I mean, some of these guys have been in the Sharknado movies, so they are used to the worst of the worst. Which got me thinking that underneath all of the trashiness and annoyingness of the principal cast members (most everyone in the trailer park is semi-unbearable) there might actually be some heart here. We have an entire movie about has beens, just trying to find some work at a place where they were usually accepted with loving arms.  Genre film conventions are traditionally a safe-haven for anyone who loves or has made these types of movies; you can be sure you will be surrounded by your own kind when you are there. However, the team is rejected when they get to the con.  So where do they turn to? 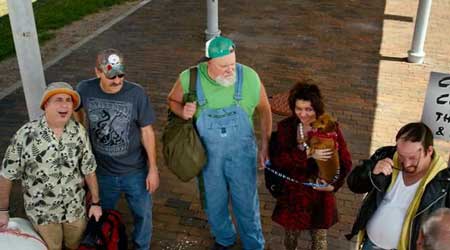 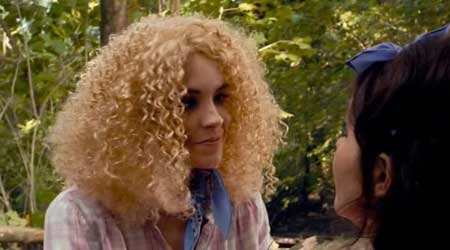 A trailer park who will hire them to be scary. And from there, while sinking deep into their loneliness, they all start to slowly die off. It sounds a lot sadder than it actually is. Most of the time the tone errs on the side of ‘guy getting killed by boobs’ as opposed to fallen stars trying to remain relevant.  It makes me wonder if this subtext is intentional, or it’s just me reading into things.  It might be a little both, but it’s also hard not to feel a little bad for these guys when a line about rejection or career failure comes out a little too honestly. It sort of watches like a trashier, horror version of Limelight, which was one of Charlie Chaplins last films where he plays a fading silent movie star. 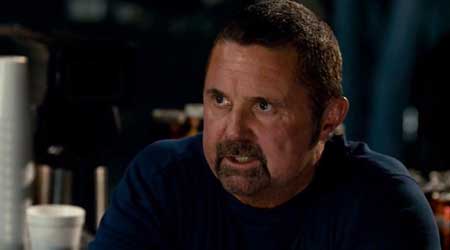 There isn’t much to redeem Smothered. It’s not particularly well made, but I’d be wasting everyone’s time if I droned on about what wasn’t good about it. Under al of the garbage, we find remnants of sincerity; sort of a weird cry for help from cult horror stars who have since faded away.  If the tiny, niche fan base for Jason X won’t accept them, who will?