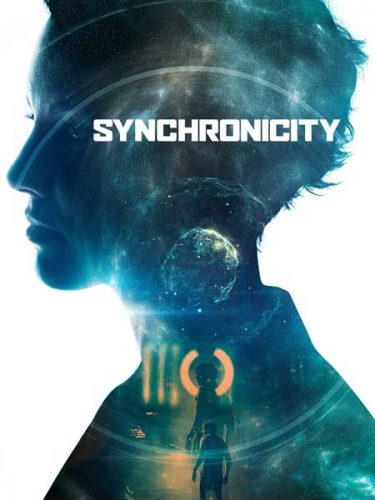 A physicist who invents a time machine must travel back to the past to uncover the truth about his creation and the woman who is trying to steal it.

At school, my physics teacher thought that I was inept when, in fact, I just found the whole subject a bit overwhelming.  I appreciate that everything is made up of protons, neutrons and electrons (although I’m not completely sure if I’m right there) but I can’t get my small mind around it at all.  We are told that the universe is forever expanding and, to that, most people will ask, “what is it expanding into?”, whereas my response is simply, “aaaaaaaargh!”. It’s just too intense for me to even try to understand or even comprehend it.  Later in life I decided to tackle my aversion to brain-burn by attempting to read ‘A Brief History of Time and Space’ and ‘A Short History of Nearly Everything but, suffice to say, I never made it to the second chapter in either book. 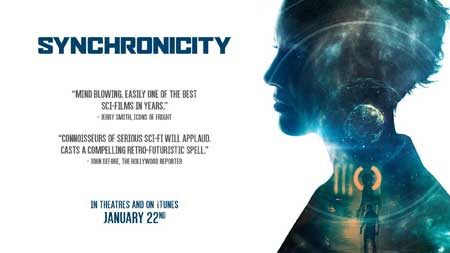 Jacob Gentry’s Synchronicity tackles the subject of time-travel and the burdens that it brings as physicist Jim Beale (Chad McKnight) attempts to make history with his time machine. After successfully creating a wormhole with his two assistants, Chuck (AJ Bowen) and Matty (Scott Poythress), Jim find himself suffering from intense headaches and unsure of whether he can continue to trust his shady sponsor, Klaus (Michael Ironside).  He does, however, also meet a mysterious girl called Abby (Brianne Davis), whose dahlia appears to have travelled through the wormhole and with whom he begins to fall in love  Before long, Jim starts to question what he sees and the intentions of those around him. 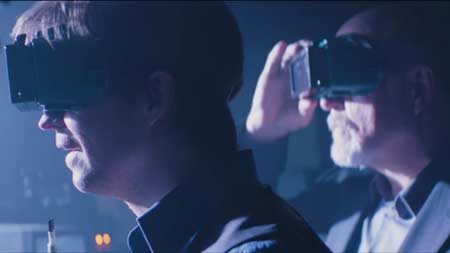 When I first started watching Synchronicity, one thing instantly piqued my interest; how the film looked.  Each frame is filtered through blue hues that clash with the blinding whites to give the movie an otherworldly, dream-like feel.  The city in which the main characters inhabit feels dark and barren and the film, complete with a femme fatale, ends up as something akin to a sci-fi film noir.

All characters in the movie are well defined and the acting throughout is very good.  McKnight captures the essence of a sleep-deprived, paranoid scientist on the brisk of changing the world while Davis’ character is charming, yet mysterious and seductive. The rest of the supporting cast are also convincing and do a great job of drawing you into their dark world.  If I had to make one negative point about the characters It would be that, as much as I enjoy seeing AJ Bowen on screen, I did find some of Chuck’s quips a little out of place even though they never failed to raise a smirk.

A special mention needs to be made for Ben Lovett’s awesome soundtrack, which is reminiscent of Vangelis’ work on Blade Runner. The retro synth tracks are perfectly suited to the dystopian city depicted in the movie and, in fact, the end credits are worth watching just for the first track that plays during them.  Throughout the rest of the film, the tracks add to the atmosphere and mood without being intrusive.

I don’t want to explain to much about the storyline and I have intentional left the summary as ambiguous as possible in order to prevent any spoilers but it isn’t long before Gentry begins to weave a complex web of insight, answers and red herrings.  I think this is what stops Synchronicity from becoming just another low-budget sci-fi film and is what drew me in until the end.  The film is extremely clever and dishes out lots of ‘ah-ha!’ moments but I’d be lying if I didn’t say it also lost me a few times.  Sadly, I found the ending a little bit of a let down and, while tense, it didn’t deliver the big hit that I believe the director is hoping for. 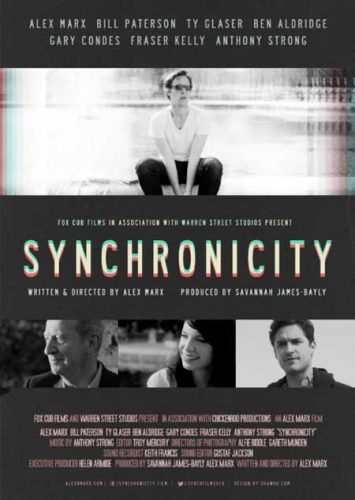 Generally speaking, I enjoyed watching Synchronicity much more than I expected to and the story kept dealing out revelations up to the end.  It’s not at all a popcorn flick as it is, at times, really confusing but it defies it’s low-budget with slick cinematography and great acting throughout.  I think repeated viewings would reward the audience and that’s certainly something that I would be happy to do. 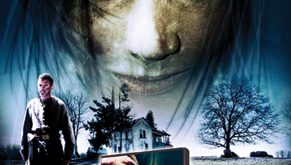